A day in the life of a Sri Lankan cricket fan

It’s another balmy, hot and humid day here in Brisbane.

Feels a lot like the beautiful Galle Face beach back in Colombo to be honest, except for the cricket. It absolutely stinks. These boys are playing in the most characteristically un-Sri Lankan way possible.

Get forward Dimuth! It’s only Pat Cummins, not a missile.

Okay well, that pink ball is difficult to see. I guess when you’re a Sri Lankan playing on the bouncy ‘Gabba track against a hostile Australian fast bowling attack, batting against these blokes kind of feels like David and the Goliath in more ways than one.

You’re better off putting your money on Bangladesh to win the World Cup. We actually lost to these guys too, you know. And apparently, we got thumped by Afghanistan in the Asia Cup as well. Let’s not go there.

Do you even know how to hold a bat Chandimal? You’re the captain for goodness sakes. Aiyo, there he goes! Pushes firmly at this sharp rising delivery from ten-year-old Jhye Richardson and pops a simple catch to Joe Burns at second slip.

I can hear our entire contingent groaning with agony.

The papare band stops their trumpeting for a brief minute to mourn the rapid death of Sri Lanka’s first innings. Then it starts again to another classic rendition of the Gypsy Kings classic tune ‘Uncle Johnson.’ Ah yes, this is what it has come to.

Much like our cricket team, Sri Lankan fans have come for a good time, not a long time.

It is tough being a Sri Lankan supporter these days. You’re the butt of everyone’s jokes.

‘Sri Lanka should become an associate cricket nation’ they laugh.

‘My grandma could open the batting for you guys’ they sneer.

Yeah yeah, we get it. Sri Lanka has forgotten how to cricket. And nobody really knows why. Nobody even knows who’s in the current team anymore, because really, they’re just a hodge-podge of average players.

Thirimanne is still out there though, battling away. After 30 Test matches, he averages just 23.01, and he’s our opening bat.

If they’re the credentials one needs to open for Sri Lanka, then Mitchell Marsh could probably get a gig with us too. We’ll need to Sri Lankanise his name and make it difficult to pronounce first though.

I must admit that is my favourite part about being a Sri Lankan cricket fan. Listening to Australian commentators massacre our names on air. It is truly a delight. It’s probably the only way we can apply some kind of pressure on the home team, as they plough through each syllable tentatively. 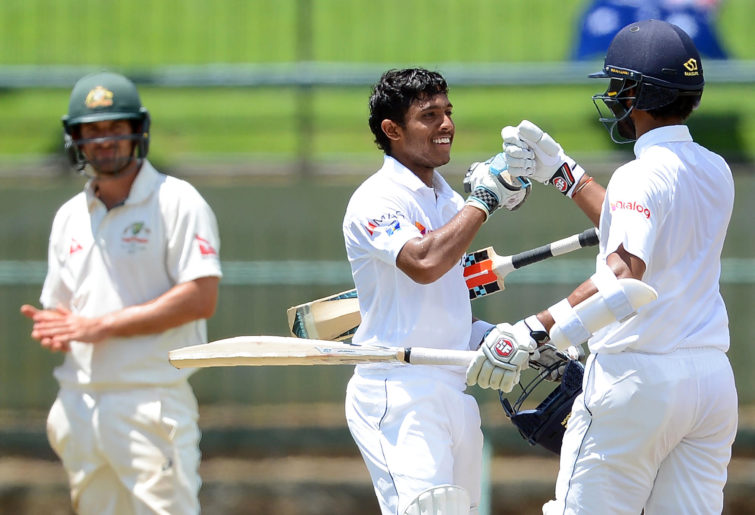 If saying Marnus Labushagne was bad enough, have a go at pronouncing Frank Dimuth Madushanka Karunaratne, or Balapuwaduge Kusal Gimhan Mendis. Out of breath already are we? Weak effort there mate.

Better stick to those more authentically shorter Sri Lankan names like Perera, De Silva and Fernando hey? Okay, so we were colonised by Portugal for 150 years before England introduced us to tea and cricket. But I swear De Silva is such a Sri Lankan name now. Honestly, it is.

As the temperature heats up, much like Australia’s scary bowling, I decide to bend my arm at about 15 degrees to block out the harsh Brisbane sun. As I do so, panic sets in. Did anyone see that? I promise you I’m not trying to breach the rules of the game!

I’m just a hot and bothered little Sri Lankan bloke looking to get some shade. The security guard casts me a suspicious look as I try to subtly straighten my arm within the allowable limit to create a shadow. It’s just an optical illusion sir, I assure you.

As the sun sets on a dismal day for us, I finish off the last morsels of Sri Lankan delicacies mum has packed me for the day. Good old pan rolls, breadcrumbed cutlets and mouth-watering fish buns.

Guess there is some positivity to this day after all. Soon after, some friendly Aussie supporters come by and give me a big hug.

“Don’t worry mate, we feel your pain,” they say empathetically. “We know what it’s like to suck at cricket.”

Wow. I’m touched. And fancy that. Friendly Aussie. Never thought I would ever see those two words in the same sentence. Miracles really do happen. I guess Trump can make America great again, and maybe Sri Lanka will do the unthinkable.

Alright, I’m getting ahead of myself of now, but what can I say. Optimism is contagious.

I can hear all the elder Sri Lankan fans in our contingent reminiscing the good old days. The nostalgia gets to me too.

‘Remember when Sanga scored 192 at Hobart? If that stupid bugger Rudy Koertzen didn’t give him out, we would have won!’

‘Mathews and Malinga! Remember when they pulled off that victory at the MCG in 2010? And Murali hit the winning runs! Can you remember Michael Clarke’s face? Bugger was shocked no? Bloody good win that one!’

You know Lankan cricket is on a demise when the fondest memories of your team are almost a decade ago. I need something to give me a little bit of hope for tomorrow. I jump on to Netflix. After some mindless scrolling, I find what I’m looking for.

Apparently, it’s the number one trending movie on Netflix right now – in Colombo 7. Ah well, it’s better than nothing. Ranatunga was a chubby lad, wasn’t he? And yet Sri Lanka were still a powerhouse team back then.

The optimist in me believes Sri Lanka will bat out all of day three tomorrow, but reality looks on mockingly. Hope is powerful. It’s all we hold onto now. 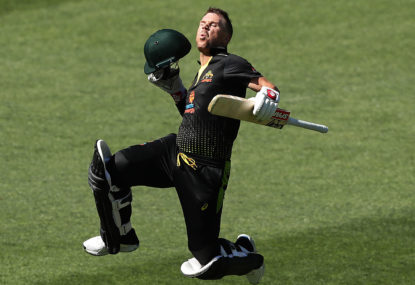