How Petra Kvitova’s comeback is an inspiration to every sportsperson... and everyone

Well, thank god Petra Kvitova is able to hold a racquet again and wield it with such venom on the tennis court once more.

The 28-year-old may not have won the Australian Open final, bested by the deserved champion Naomi Osaka, but she has come back from the brink in a truly remarkable manner.

In December 2016, the two-time Wimbledon champion was in surgery for several hours after being attacked by a knife-wielding intruder into her home in the Czech Republic.

Graphic images surfaced this week of the extent of her injury. She sustained damage to the tendons in her left hand, along with injuries to all five fingers and two nerves.

Kvitova was given a ten per cent chance of playing professional tennis again. A meagre ten per cent.

At the time, she tweeted: “In my attempt to defend myself, I was badly injured on my left hand. I am shaken, but fortunate to be alive.

“The injury is severe and I will need to see specialists, but if you know anything about me I am strong and I will fight this.”

And boy did she fight. It says so much about her character, resilience, bravery and mental fortitude to come back from such a horrific incident.

You would be forgiven for thinking that was the end of her career. But the Czech had unfinished business with the game.

The odds were not in her favour, and yet here she was, battling it out in her first grand slam final for five years in what she calls her ‘second career’.

Just think about having to come back from an injury like that.

Envisage that long, painstaking road to recovery and then having to bury yourself in the gym and on the practice courts to play tennis to a world-class level once more.

After missing the 2017 Australian Open due to that injury, Kvitova made a remarkable return to the game just a few months later at the French Open.

In 2018, she was arguably the best player outside of the grand slams, winning five titles, two of which were Premier Mandatory and Premier 5 events. She finished the year at number seven in the rankings too. 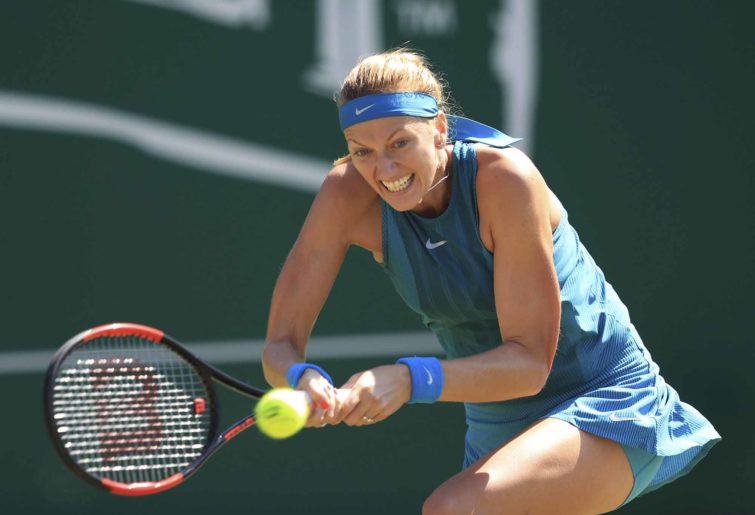 Clearly, however, she was not resting on her laurels. Kvitova stormed to the Australian Open final without dropping a set.

Ultimately, the seventh match was a step too far, but she is now a force to be reckoned with and is ranked at number two in the world.
Her comeback story should have an inspiring effect on anyone.

Even today, when for the majority of the match she was second best, she kept fighting on, saving three championship points in the second set and then pushing Osaka to the limit before ultimately succumbing to a three-set defeat.

Hopefully, she can channel the fighting spirit of Monica Seles, who was stabbed in the back in an on-court attack with a nine-inch knife in 1993.

Although Seles, who was out of the game for two years, did not reproduce the form that had brought her multiple grand slams, she still won another Australian Open title on her comeback.

It would be another beautiful tale if Kvitova were to win another slam, after everything she has been through. Come Wimbledon, she will be one of the favourites, most definitely.

Osaka is going to be the next big thing in women’s tennis. She is a joy to watch and a fantastic role model at 21 already.

Although she lost on Saturday, she has shown what an inspiration she is to any sportsperson and to, well, everyone.