IndyCar races towards a season of optimism

It’s an eight-letter word that has largely been absent from North American open-wheel racing for the best part of the last two decades but is now wholly and fully present as the IndyCar Series gears up for 2019. It will soon be March, and the wonderful sound of Chevrolet and Honda engines will be heard screaming around the streets of St Petersburg, Florida, and I can’t remember a year where a season-opening event – and, indeed, the entire season – is as anticipated by IndyCar’s legions of diehard fans as this one is.

For unified IndyCar racing, 2019 is full of optimism. In a world where other motorsports properties are suffering from lack of sponsorship (which in some notable cases has forced the shuttering of high profile, championship-winning teams) the opposite can be said of IndyCar, whose interminable off-season – which will hopefully be significantly shorter next year, with the addition of a race in Surfer’s Paradise, Queensland – has been marked by a series of good-news announcements:

A new title sponsor
The biggest news of the off-season. The parent company of NTT Data, which has had a long-term association with Chip Ganassi Racing, has signed on to be the new entitlement sponsor following Verizon’s exit at the end of 2018. It’s a deal rumoured to be multi-year, and worth at or near the same amount as Verizon’s deal was. The NTT IndyCar Series – it has a nice ring to it!

Event sponsorship
In the last few weeks, we’ve heard from Gateway Motorsports Park, where the Bommarito Automotive Group has signed a new contact to be the title sponsor of the wildly-successful race on the short oval outside of St Louis. Another multi-year agreement that includes presenting sponsorship rights for heavy-hitters Axalta and Valvoline.

I went to the St Louis race last August, and I have only good things to say about the event – from the first practice on Friday to the checkered flag on Sunday, it’s superb. The arrangement between the Bommarito folks and Gateway Motorsports Park itself is second-to-none in the IndyCar world.

They know how to promote an oval race, and other venues should be taking comprehensive notes on how they do it.

Hot on the heels of the good news from St Louis, Road America officials announced that their IndyCar Series weekend, to be broadcast on network NBC, will be known as the REV Group Grand Prix. The best and most spectacular road course on the IndyCar schedule has a local sponsor, REV Group hailing from Milwaukee, Wisconsin.

There will also be a new presenting sponsor for the Indianapolis 500 announced soon, according to media reports.

The rookie class
Marcus Ericsson. Felix Rosenqvist. Colton Herta. Patricio O’Ward. Santino Ferrucci. Ben Hanley. The 2019 IndyCar Series will boast one of the better freshman groups we’ve ever seen. Some of these guys have been around for a race or two at the top level, or have run Indy Lights in the past, but are IndyCar rookies this year. It should be a fantastic fight to see who wins the Rookie of the Year award. My money’s on a four-way fight between the Harding Steinbrenner Racing pair of Herta, O’Ward, Ganassi’s Rosenqvist and the Formula One refugee Ericsson, who drives for Schmidt Peterson Racing.

Team sponsorship
The biggest news in this department is the rebranding of Schmidt-Peterson Motorsports as Arrow Schmidt Peterson Motorsports. This is a huge step forward for the team and for it’s long-time sponsor. Arrow Electronics are clearly sinking big dollars into the organisation that will field Honda-powered cars for James Hinchcliffe and newcomer Marcus Ericsson in 2019. The extra injection of dollars figures to raise the Arrow-SPM team right into the upper echelon of IndyCar racing. It could be a big year for the Mayor of Hinchtown!

Meyer-Shank Racing have announced that they will enter British driver Jack Harvey into ten races in 2019, an increase of two from a season ago. I love the Sirius XM-backed purple and black car that Harvey raced last year, and am looking forward to seeing it on-track at all road course events and the 103rd Indianapolis 500 in May.

Most recently, the Dale Coyne/Jimmy Vasser/James Sullivan combination have announced a contract extension for the fast Frenchman Sebastien Bourdais, and the sponsorship arrangement with Sealmaster, almost certainly guaranteeing a return of the brightest and (with apologies to Menards and Simon Pagenaud) most recognisable car on the IndyCar grid. That yellow and black machine with the eyes and teeth is unmissable. 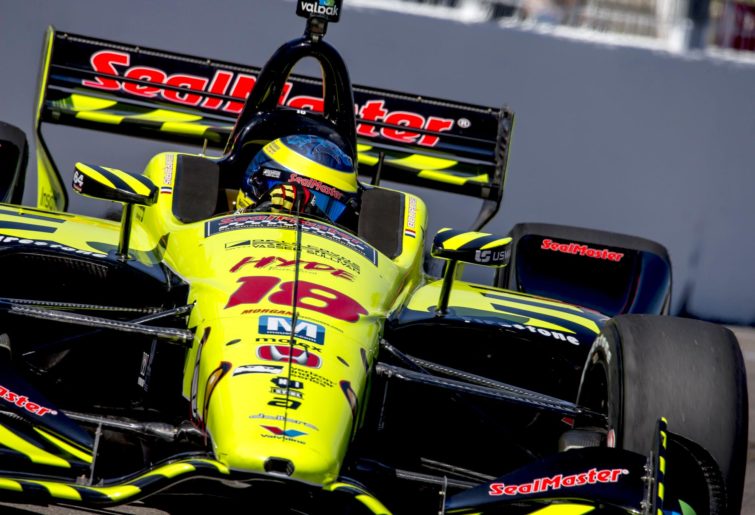 The Fernando Alonso factor
The two-time Formula One world champion is coming back to Indianapolis this year in a McLaren entry as he attempts to win the unofficial Triple Crown of Motorsport. He’s already notched wins at the Monaco Grand Prix and the 24 Hours of Le Mans, leaving him only an Indianapolis 500 title short of achieving that impressive feat.

Let’s face it, wherever Alonso goes, so too does the world’s motorsport media, and the fact that he’s coming back to Indianapolis can only be a good thing for the series, which is often starved of attention in Europe despite – hot take incoming – the racing being far more interesting than your average Formula One Grand Prix.

Alonso is more than hype, however; he’s also a very good racecar driver and if his debut at Indianapolis two years ago in an Andretti-McLaren entry is anything to go by, he should be at or near the front of the field when the business end of the race arrives.

Car counts
With Meyer Shank adding races, the addition of a partial schedule for European sports car regulars Dragon Racing (who are planning a full-time assault in 2020) and despite their being a few teams who ran partial 2018 seasons yet to confirm their 2019 plans, the car count is looking really, really good. We’ll probably see an uptick in cars at most events, and there’s a path to 35 or 36 entries for the Indianapolis 500, which means a serious amount of bumping, and a serious amount of drama attached.

More sponsors and teams are seeing IndyCar as a viable and competitive racing environment.

TV exposure
Whilst international arrangements are yet to be confirmed – hopefully soon! – the NBC deal beginning in 2019 in America has already started paying dividends, with the Peacock network showing multiple Indianapolis 500 advertisements nationally during their highly-rated NFL playoff broadcasts.

That’s a huge number of eyeballs looking at IndyCar racing, perhaps for the first time, and with the way NBC promote it’s other properties like the NHL and Notre Dame football and more network races than under the previous arrangement with ABC/ESPN, I see the very real potential for a nice uptick in TV ratings not just for the Indianapolis 500 in May, but for the entire season.

Jay Frye
Make him mayor of Indianapolis! Okay, Jay probably doesn’t want that, but I’m sure there are enough Indianapolis locals who’re watching him breathe life back into IndyCar racing that the guy would be in with a shot at snaring the mayorship. 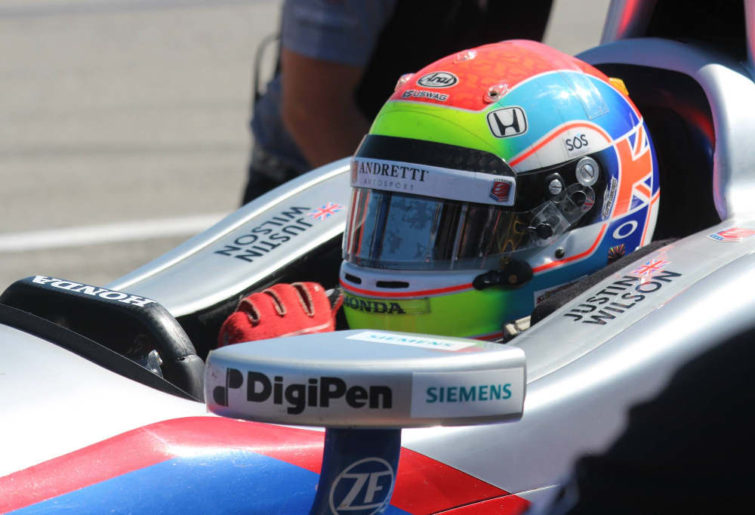 All jokes aside, what the former NASCAR executive and team owner has done for IndyCar Series racing in the last few years is huge. He’s had his fingerprints all over the NBC television deal, the NTT entitlement sponsorship arrangement and plenty of other impressive developments.

No wonder IndyCar gave him a nice promotion to President of Competition and Operations back in November, especially considering NASCAR were rumoured to be trying to lure him back south.

Maybe Frye isn’t single-handedly responsible for everything good that’s happened to IndyCar recently, but you can certainly chalk up a fair amount to his work, and it’s not a stretch to say that he’s probably the best thing to come into the series, as far as someone at an executive level goes, in a while.

These announcements represent real progress, and there is more to come. Slowly but surely, IndyCar racing is gaining back fans, sponsors and mainstream recognition, all of which were lost, to varying degrees, during the disastrous civil war between CART and the Indy Racing League. The future is bright, the season is nigh, and there is really only one thing left for me to say: