The 2018 season was an underwhelming one for the Sea Eagles. Narrowly missing out on what would have been their first wooden spoon, tensions simmered between coach and club all season, before Trent Barrett walked away from the Northern Beaches.

His exit would pave the way for Des Hasler to return – his last game in charge of the club was a victory in the 2011 grand final. That premiership would cap one of the most successful eras in the Sea Eagles history, appearing in three grand finals and winning two under Hasler.

2018 was a tumultuous season for the Sea Eagles. They never seemed to settle, incidents such as a controversial night out in Gladstone not helping their cause.

There was disharmony in the playing group too, with Jackson Hastings often at the centre of such stories.

It did not feel like a united club and the on-field results were reflective of that.

The situation between coach and club came to a head as Trent Barrett publicly lamented lack of resources and facillities, and used such reasons as an excuse to hand in his resignation.

There were doubts he would even see out the season as things lurched from bad to worse, but he did, with talk even that he would be forced to keep working at the Sea Eagles even as Hasler arrived.

That didn’t eventuate, as a settlement was reached, but whatever the circumstances, the Sea Eagles will benefit going into 2019 with some stability, and putting the whole saga behind them.

Story of the off-season

It has been a real black mark for the game over the off-season – a high quantity of stars being accused or charged with domestic violence and assault.

Dylan Walker faces such charges after an incident with his partner during the off-season.

It has been a mixed career to date for the star centre, and with charges pending he may yet be suspended for matches to come

There isn’t a real marquee signing amongst the Sea Eagles recruits for 2019. Kane Elgey is the standout, looking to give Daly Cherry-Evans an experienced halves partner to take the heat off him.

They have Trent Hodkinson and Lachlan Croker as options as well so it will add some competition for spots.

The retirement of Akuila Uate, Jonathan Wright and Lewis Brown, along with the departure of Brian Kelly leaves the Sea Eagles looking quite skinny in the outside backs.

Shaun Lane was also their top try-scorer for last season so they may feel an impact from his departure.

How does their roster rate?

A challenge in the NRL is keeping the best players on the park, injuries playing a big role in a club’s fortunes each year.

The best 17 for Manly has a good look to it, but outside that they look skinny for depth, and if injury does strike hard, they will find it hard to compete.

Tom Trbojevic goes into his fifth season of NRL, now with experience in the Origin arena. The Sea Eagles always look at their best when Tom is firing. They will struggle if he sustains a long-term injury. 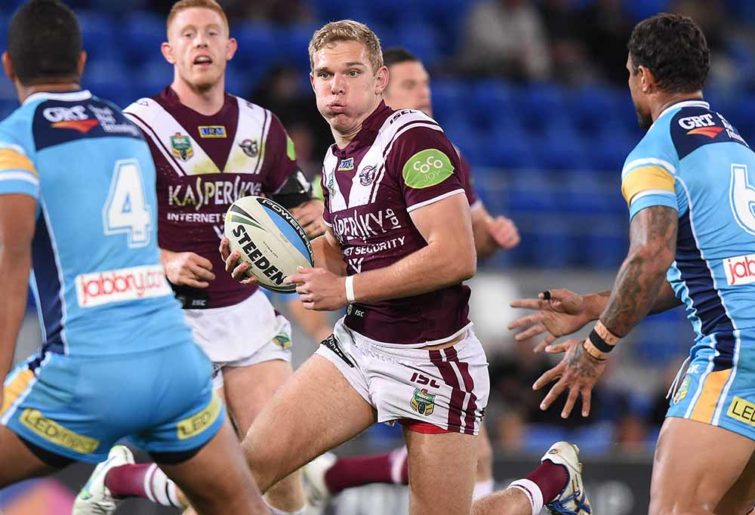 The outside backs make for good reading if they remain fit, or aren’t ruled out for off-field incidents.

Jorge Taufua has missed plenty of game time over the last two seasons but makes plenty of impact when fit.

Moses Suli is on his third club already but has plenty of wraps on his potential. A coach like Hasler may see the best come out of the young rookie.

Dylan Walker has been shifted around to accommodate injury in recent seasons but has always looked best at centre. He too missed significant time with injury last season.

The last spot in the backline will probably go to either Brendan Elliott or Brad Parker, two fringe first graders.

As is the issue with the rest of their roster, there is not a lot of depth.

Manase Fainu was the Sea Eagles second choice hooker last season in Koroisau’s absence, and may be used off the bench. He did a job but they will be hoping Koroisau remains fit.

Daly Cherry-Evans will have the pressure on him as always at halfback, and he links with the man that oversaw his successful debut season in 2011.

It might bring out the best in him, after a real struggle for consistency in the past few seasons.

His halves partner will be Trent Hodkinson, Lachlan Croker or Kane Elgey. Elgey is likely the front-runner but with Hasler also having coached Hodkinson at the Bulldogs, don’t rule out the possibility that he will opt for the experience and control that he provides. A bonus is his goal-kicking record.

The forward pack for Manly has some real class and aggression. Addin Fonua-Blake and Martin Taupau are big mobile probs, with plenty of grunt. Jake Trbjoveic is up there with the best lock forwards in the game. Curtis Sironen and Joel Thompson are two very experienced and reliable second rowers. Lloyd Perrett and Kelepi Tanganoa are the likely big men coming off the bench.

This is a team that early on, if they gel quickly and stay fit, could get the jump on some teams. The challenge will be sustaining it as injury and Origin hit.

There isn’t a heap of depth, so the pressure is on the big names to win them games.

The Trbojevic brothers
These two are the heart and soul of Manly at the moment. They should be top priority to be signed up for life, as two players who every club wants to have.

They are the most consistent of the team each week and lead by example. It isn’t too early to be making either of them captain.

Much of the season will hinge on whether these two can stay fit, and whether they can be matched by their teammates for effort. 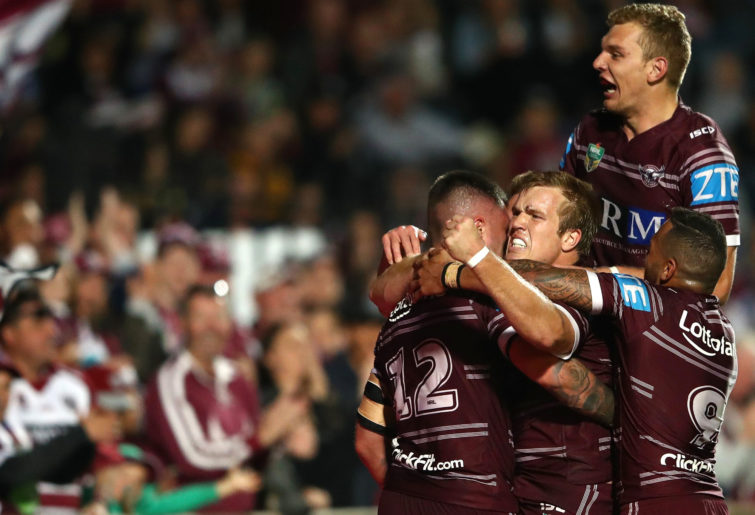 Where do they need to improve?

As a team that ran second to last, the Sea Eagles still managed a good effort in attack, finishing in the top eight in that department.

In contrast they were last for defence, conceding an average of nearly 26 points per game.

It just isn’t good enough for a first-grade football team, and Des won’t be standing for it – the defence will improve for the Sea Eagles in 2019.

While the Sea Eagles on their day could crush a side with their attack, in a close game they couldn’t close matches out and win on their defence, several times being run down.

There could be no greater example of this than when they were beaten by the Panthers after being up by 18 at home, with less than a quarter of the game to go. In a devastating seven minutes, the Panthers hit the front with four tries.

The Sea Eagles need a harder edge, and a willingness to win games on their defence.

The Sea Eagles kick off their season with a trip to Leichardt oval. They have a tough opening start to the season, playing the Roosters, Rabbitohs and Dragons early on, as well as a trip to New Zealand for a “home” game against the Warriors.

They have tough away trips to the Storm, Broncos and Cowboys, as well as a second trip to New Zealand later in the season.

Over the Origin period they will be without their rep players as they take on the Panthers in Penrith before Origin 1, before having to back up three days later in Townsville.

They have a bye before Origin 3, but a match three days later after against South Sydney.

The Sea Eagles will be hoping that Brookvale can once again become a fortress after being more successful away than at home last season.

How will they go?

The Sea Eagles have some real star power. The Trbojevic brothers and Daly Cherry-Evans are the foundations for a good side.

They have all been in the Origin arena, so too has Dylan Walker, a classy player on his day.

Marty Taupau has represented New Zealand and is one of the best props in the competition at his best.

The biggest hurdle will be keeping the team fit, and finding some depth when they are tested as the long season goes on.

Putting the dramas of last season behind them will be enough to move them up the ladder, as will the appointment of Hasler as coach.

Whatever controversy has followed him recently should not detract from the record that he has as coach, both at the Sea Eagles and Bulldogs.

At one stage he had twelve consecutive finals appearance across two clubs, including four grand finals and two premierships.

Without the depth however, and with a roster that is not yet his, the Sea Eagles will take steps to redemption this year, but not into September.

It is a trying season at the best of times and without the necessary personnel they just cannot compete with some of the other teams.