Wales have beaten France 24-19 in one of the more bizarre games of rugby that you’ll ever see to kick off the Six Nations for 2019.

The game was played under heavy rain from start to finish and it was clear that it was going to be as much about making the least mistakes as it was about scoring the most points.

Wales have built up a reputation for precision and control over the past year and that’s helped them put together a nine-game winning streak. However, in the first half, they played such error-ridden rugby that they were lucky to be only 16-0 down at half time.

The French came out from the off and played a very clever game – pinning the Welsh back with well-placed kicks and only passing wide when the opportunity was really there.

Meanwhile, the Welsh made error after error and gave away six penalties. Luckily for them, Morgan Parra’s kicking radar was soggy otherwise the damage would have been even worse.

The opening try was finished by the French legend Louis Picamoles who finished a period of pressure very nicely for the home side.

The Welsh defence had been pulled from one side to the other and got its alignment wrong at the crucial point allowing the powerful Picamoles to crash between defenders and score.

Their second try was even better as Yoann Huget flew down the left wing and finished a nice passing passage from the men in blue. It was a great example of how short, sharp, forgiving passes could do real damage in the wet and the off load that put Huget in space was perfect.

As Wales continued to struggle to find any sort of rhythm, the French pushed forward and tried to extend their lead.

Through a penalty and a well-timed drop goal on the stroke of half time, the home side entered the sheds with a 16-0 lead and could justly feel as though it was going to be their night.

There has long been a saying in international rugby that you never know which French side is going to turn up week to week.

Well, now that needs to be that you never know which French side will turn up half to half.

Of course, Wales had to score first in the second half if they stood any chance of staying in the game, but not only did they score first, the French began to slowly but surely implode.

The Welsh first try was finished by young scrum half Tomos Williams but it was Josh Adams who created it with a lovely slicing run that carved up the French front line defence and gave the Welsh an easy two on one that they converted. 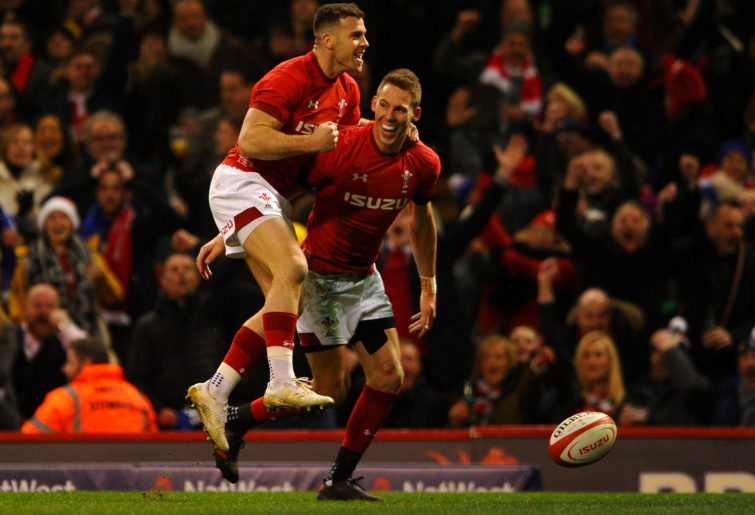 At this point, there was no need for the French to panic. Sure the Welsh were playing better but the French were well ahead and if they played the way they did in the first half then more points were sure to come.

However, the French quickly became their own worst enemy. An error-free first half was long gone as Huget managed to gift George North a try – the French went to dive on a bouncing ball just before his try line, slid, lost the ball which allowed North to simply pick up the ball and score.

Two tries within ten minutes was a bit more concerning for the home side and the seeds of doubt were well and truly planted.

As the half progressed the Welsh got rid of their errors and improved their discipline while the French did the exact opposite.

Despite this though the French managed to get themselves a penalty that they converted and regained a two-point lead with about ten minutes to go. Could they still get the win they had earned in the first half? Nope.

Just after taking the lead the young centre Romain Ntamack had a brain fade and tried to spin a loopy pass out wide when the Welsh defence were already up and in the face of the back line. North’s eyes lit up, he juggled the ball out of the French hands and then sprinted away to score a great intercept try that broke French hearts.

The contrast between the side’s performances in the first compared to the second half was almost impossible to comprehend.

The Welsh have now won 10 in a row and while they might not set the world alight with attacking flair, they continue to find a way to win games no matter how tight.

Their back row was impressive and responsible for both turnovers and tight defence was what really starved the French of opportunities in the second half.

The French will be in shock for a good few days.

This is only the third time that an international side has been down by 16 or more points at half time and then lost and to do it at home is even more painful. They should take heart from the first half of course – they played some really clever rugby.

But the difference between their best and their worst in this game is alarming and they need to close that gap and close it quickly. They’ve got some great young talent coming through but they need their more experienced heads to lead by example in times like this.

It wasn’t an attacking master class at all but the tension in that second half as Wales came back was fantastic and it was a great start to the championship.

We called him Yogi. It made sense if you met the guy, he was an enormous bear of a man.

The legendary general manager of the Toronto Blue Jays and the Philadelphia Phillies in Major League Baseball, Pat Gillick, once said “Building a baseball team is like building a house. You look for the best architects, the best builders, and then you let them do their jobs.”

Sanzaar bosses haven’t given up on staging a full Rugby Championship this year and say it could unfold inside an Australian eastern seaboard bubble.