Make or break Round 16 in the NBL

For the Brisbane Bullets, Illawarra Hawks and New Zealand Breakers, they have no choice but to beat teams above them to take part in the NBL finals while the Adelaide 36ers just can’t afford a slip up against the Cairns Taipans.

With three rounds of the NBL season remaining it’s hard to see Melbourne United, Perth Wildcats and Sydney Kings not reaching the finals.

It appears 16 wins will guarantee a playoff berth and 15 possibly will so with the Wildcats already at 15, and United and the Kings at 14 with them having between four and six games remaining, they should all be there.

That leaves that fourth position for the Bullets, 36ers, Hawks and Breakers to fight over – and this weekend looks like being a crucial one with doubleheaders for Brisbane, Illawarra and New Zealand and a trip to Cairns for Adelaide.

The Bullets come into the round still fourth at 12-11 despite losing twice last weekend to the Kings and Breakers. Now they have a doubleheader in Round 16 against the Kings, starting at home on Friday and away on Sunday.

Two wins and the Bullets are getting close to locking in a playoff berth. Two losses and their hopes are fading away and if they split them, then they are just about still where they are right now.

But with it being a big pair of games for Sydney too as they try to bounce back from a 20-point loss at home to Perth, we will learn plenty about the Bullets and Kings in the two matches along with how they are looking in the playoff hunt.

What will be most fascinating is the battle of big men. Sydney employs Andrew Bogut and Brisbane Cam Bairstow. The pair were teammates with the Boomers at the Rio Olympic Games and both have played in the NBA and now are the key to their team’s hopes.

The Kings had real trouble containing Bairstow last Friday night despite winning with the Bullets power forward putting up an NBL career-best 23 points and 10 rebounds.

He was able to monster David Wear and Daniel Kickert, who can’t guard him. So, Sydney will either need to send a double-team to Bairstow in the low block or have Bogut guard him with neither ideal for their overall defensive structure.

Both teams have plenty of other weapons with the Kings sparked by Jerome Randle, Kevin Lisch and Brad Newley, and the Bullets by Lamar Patterson, Cam Gliddon and Jason Cadee – so it’s who can get on top in the frontcourt that could have an enjoyable weekend.

Then you have the 36ers who are the great enigma of the NBL. They were in impressive form heading to Perth last Friday night but then lost that game by 19 points with coach Joey Wright lashing his team for being selfish and for some of his players only worrying about themselves.

The response? A 23-point loss at home to Melbourne United on Monday night that now keeps them outside the top four with a 12-12 record. Their up and down nature is not only summed up with a 50-50 record but they have scored 2,301 points for the season and given up 2,301.

The best of the Sixers are capable of not only reaching the playoffs but winning the championship. The problem is the gap between their best and worst is so stark that you never know which team you’ll get from game to game – and even quarter to quarter. 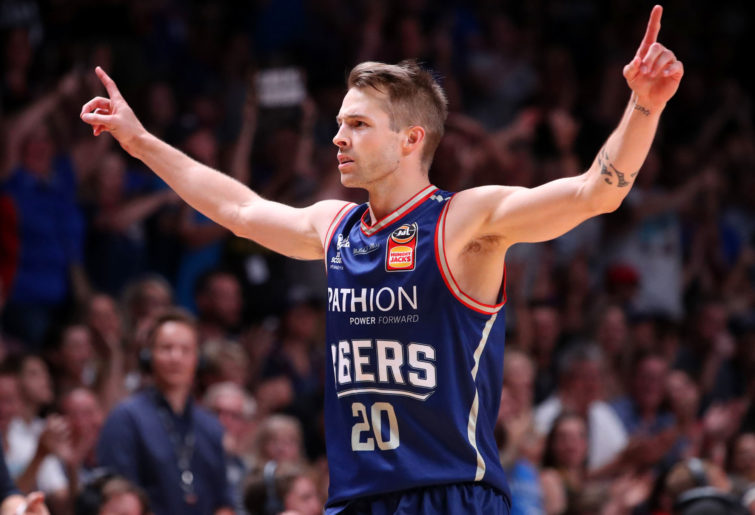 Whatever went wrong last weekend, the Sixers have to put it behind them for Saturday night’s visit against Cairns because if they aren’t switched on, they could easily fall to the dangerous bottom placed Taipans.

Following Saturday’s trip to Cairns, the 36ers finish with road games to New Zealand and Perth, and at home to Melbourne so there’s every chance that a loss to the Taipans could kill their playoff ambitions.

Adelaide has a lot to work out and the chemistry is still a work in progress since the arrival of Conger, but they need to sort it out on Saturday night because it’s a must-win game in the context of their season.

Illawarra comes into Round 16 likely needing to win its last five matches to reach the playoffs currently sitting at 11-12 and with the worst percentage of every team bar the Taipans.

The first task for the Hawks is a trip to Perth against a Wildcats team now back in form having won three straight in a city they have generally despised visiting.

The Hawks lost by 40 on their first Perth trip this season, but that was less than 48 hours after playing four overtimes against Melbourne, so they will be expecting a much better showing this time around.

Nonetheless, RAC Arena has seen the Hawks lose 19 of their 20 games there so it’s a big task. But at the same time, if they breakthrough it could give them huge momentum to take back home against Cairns on Friday and then over the last two rounds against the Bullets and Breakers.

One thing you do know about any team coached by Rob Beveridge is that they will keep fighting right to the end so it would be a brave soul to write them off.

Then you have the Breakers who are also in a situation of needing to win each of their remaining six matches to book a playoff berth and they have three doubleheaders over the last three rounds.

That starts this weekend with two games against reigning champs Melbourne. This is a make or break round for the Breakers. They need to win both and if they do, they should take great heart from that to still try to make a run at the finals.

Anything but two wins and their playoff hopes are done but it’s going to be tough with United coming off hammering the 36ers in Adelaide by 23 points on Monday night.

But with Shawn Long and Tai Wesley up front – and Jarrad Weeks in career-best form in the backcourt, the Breakers look dangerous. They just need to get Corey Webster, Tom Abercrombie and Patrick Richard at their best.

You can’t write them off just yet.