Before the start of the 2017 season, I declared that the Indigenous All Stars match – in its form at the time – was a “careless misuse of players and borders on being insulting to the very Aboriginal and Torres Strait Islander Australians that it is meant to be celebrating.”

I suggested that to properly celebrate the impact of Aboriginal and Torres Strait Islander Australians on the game of rugby league, they needed to play a team that had equivalent pride and passion.

The World All Stars were clearly a random gathering of mercenaries with no history, support or real passion.

The obvious solution was to play a New Zealand Maori side and it’s great to see that the NRL has taken on this idea. On February 15, at AAMI Park in Melbourne, the two sides will clash.

There is sure to be superb passion on display from both sides, in what I truly hope is a fantastic match.

My second suggestion was that this game should be treated like the NFL Pro Bowl, in that it should take place after the season proper. That way, if a player gets injured there is the longest possible time for them to recover before their actual team needs them to play again.

It is just common freaking sense.

Scheduling this game – or any preseason fixture – before the start of the NRL season is a reckless use of players on the part of the administration. The risk of injury at this time shows little regard for the players or clubs.

It seems that every season at least one player gets injured in one of these profligate preseason fixtures – be it All Stars, Nines or World Club Challenge – yet still the people running the game keep throwing our precious players at them like General Monro hurling the Australian 5th Division into the wire and machine guns at Fromelles.

Ok, that’s a hyperbolic analogy, however it will make me apoplectic with rage when Jesse Bromwich or Joe Tapine or Kalyn Ponga or Dane Gagai or Latrell Mitchell or Tyrone Peachey go down injured on the AAMI Park turf and miss some – if not all – of the season. 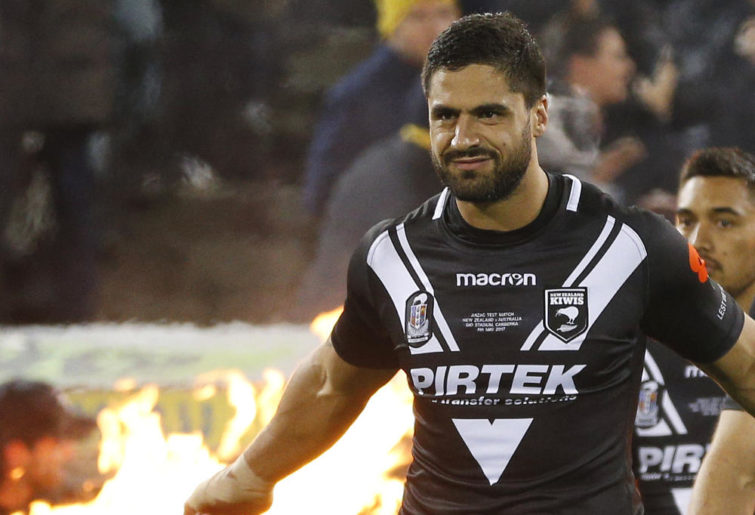 Their club will then have to get by without them, weakening their fans’ chances of euphoric celebration at season’s end.

If the game was held the weekend after the grand final, then so many of these concerns would be mediated due to the time players would have to recover.

Further, we would be unlikely to see the inevitable plethora of player withdrawals. By the time the announced teams actually make the field, they rarely bear any resemblance to those that were ‘selected’. All sorts of injuries suddenly flare up – usually then to miraculously disappear by season’s start.

Already Greg Inglis, Ryan James and Jordan McLean have withdrawn. They will not be the last. This oh-so-predictable pulling out of star players devalues what should be a magnificent event.

While State of Origin and internationals also expose players to injury, they desperately want to play in those fixtures and any club that tried to stop them would find recruitment and retention very difficult.

Players would also want to feature in this game between two fierce and proud peoples if it was at the right time of the year. Only scheduling the game in early March could be worse than the present date.

Yet the NRL keeps ploughing on virtually every year, scheduling fixtures at this absurd time.

The final insult is making us vote for who we condemn to play in these sides. That’s right: they actually expect us to select which players we risk to injury. They even try to make it sound like a good thing!

Mark Deweerd from the NRL put it like this: “The chance for fans to have an input into the selection of the teams is the only opportunity across the game that allows fans to vote for who they want to see play.”

At the reaping ceremony in the Hunger Games, Effie Trinket puts it like this: “Happy Hunger Games! And may the odds be ever in your favour!”

The comparison between Suzanne Collins’ fictional event and getting selected for this match isn’t that far apart.

There is no way that I am ever going to vote to voluntarily risk one of my team’s precious Maori or Aboriginal players if the match is scheduled for this stupid time of year.

In fact, I did the opposite. I voted for the players from the other teams. I encouraged my friends to do the same. I was very upset when one of my team’s players was named.

Hopefully he’ll pick up a niggle before game day though…

It shouldn’t be like this – and it doesn’t need to be.

The NRL got it together eventually to have the Indigenous All Stars play an appropriate team to partly ensure the event was the spectacle it should be.

However, until the game is played after the grand final, it will never truly become the celebration it deserves.