As the title says, the Saints are in the worst position of any club in the league.

They might be equal with Gold Coast, though that isn’t an achievement considering they consider themselves as one of the big Victorian clubs. This was evidenced by St Kilda CEO Matt Finnis stating that they could be as big as Richmond, who were the first team to reach 100,000 members last year.

The Saints have done so many things poorly, basically since the last time they played finals football, which is heading towards ten years now. Although, none of that really matters. We all know the reasons why the Saints are where they are now, countless bad decisions.

I won’t elaborate about the former regime at St Kilda. Led by former CEO Peter Summers, former director of football Chris Pelchen and former senior coaches in Ross Lyon and then Scott Watters. Even though this has played a role in the club’s downward spiral since last playing finals in 2011, the current regime has had enough time to start correcting the path, and they haven’t.

CEO Matt Finnis and senior coach Alan Richardson have had enough time to build something that they can at least say is progressive at the club, but they haven’t. St Kilda won the wooden spoon the year Richardson took over, and their finishing positions since then have been 14th, 9th, 11th and then 16th last year.

There has been no improvement, in fact, they have basically got worse as a football team, considering they only finished above two of the worst teams we have ever seen in the league in Carlton and Gold Coast.

It comes down to many things, and they all interrelate. Whether it be a lack of leadership on and off the field, bad recruiting, bad drafting, bad football department decisions or bad financial decisions. When all of those things aren’t going well, you get to where St Kilda are now.

Whether it be drafting or development, none of the young players have come on at all. St Kilda had six first-round picks between 2013 and 2016. The players being Jack Billings, Luke Dunstan, Blake Acres, Patrick McCartin, Hugh Goddard and Jade Gresham. 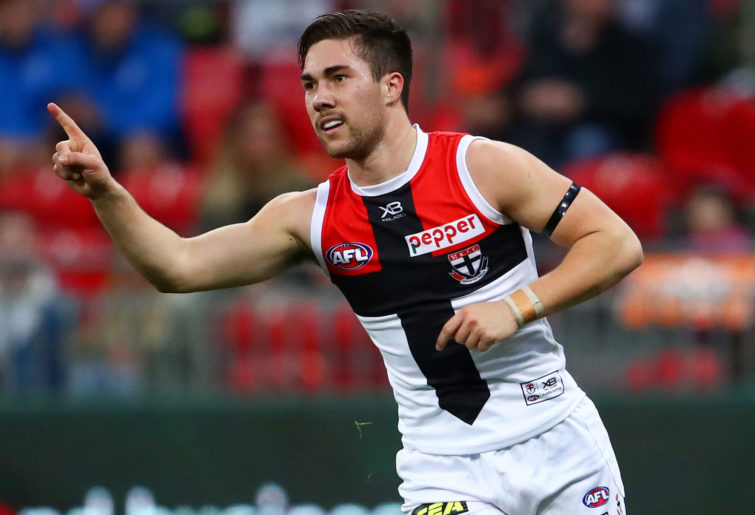 For all the hype Jack Billings gets, the most disposals he has ever averaged over the course of a season is 23. Dunstan’s is 21, and he kicks it like a mule. Acres has played fewer games than them and showed a bit in his 12 games last year; next year needs to be his break out year and Patrick McCartin has played 35 games in four years due to concussion issues and diabetes problems (which was an issue pre-draft).

Their recruiting from other clubs has been pretty similar. Shane Savage, Logan Austin, Billy Longer and Tom Hickey weren’t good recruits and haven’t given good service to the club. Dylan Roberton, Tim Membrey and Josh Bruce have given the club good service, but none have been stars.

The only player that has been brilliant for them since coming is ex-Bomber Jake Carlisle, and even he couldn’t play for half of the first year due to an off-field scandal.

It isn’t just up to the development staff to get the most out of these players and develop them, the head coach has to still do a majority of that, and Alan Richardson just hasn’t done it. His in-game coaching seemingly leaves a lot to be desired as well.

He just can’t seem to stop the flow of scoring when another team gets on top of them, evident by the number of heavy defeats they received last year.

Financially, the club has regressed. They are now in a debt of over ten million dollars. The club still didn’t make money last year, even with their return to Moorabbin, and better stadium deal now that the AFL owns Etihad Stadium. CEO Matt Finnis made bold claims that they were a big Melbourne club and that they were going to slowly get themselves out of debt, but that hasn’t happened either.

This whole St Kilda administration has failed on its promises to their supporters and to the promises they gave to the AFL. The bad news is, it isn’t going to get any better for the faithful. It’s not like the Saints are going to all of a sudden make finals with the list they currently have, and if they don’t, Alan Richardson will be sacked and maybe Matt Finnis too.

The one move in the offseason that sums up this current St Kilda is the signing of Daniel Hannebery. A player that everyone knows is past his best, and that his body is failing him. They signed him on a five-year deal worth $700,000 per year. It’s the sign of a club so bereft of talent and leadership, that they were desperate to get a big name.

Well done Saints, you got one.

In totality, the above reasons are why St Kilda are in the worst position of any club maybe barring the Gold Coast. In debt, a bad list and no leadership to count on. That premiership wait isn’t ending anytime soon, Saints fans.

For the second trade period in a row St Kilda were big players in free agency and the draft, telegraphing from a fair way out who they were going out to get and holding their nerve to get the deals done.