The unwanted return of AFLX

Did anybody really want another season of AFLX?

I’m so annoyed that AFLX is back that I swore through this entire piece. But of course this is a public site, so I can’t swear, no matter how annoyed I get. Instead I’ve gone through the article and replaced all my profanity with antiquated cursing that’s acceptable nowadays.

Golly, I am so tired of the AFL screwing with our game.

What is the point of this cockadoodie game? Who is this bollocks of a game pitched at? Who’ll watch this bastardised poo and decide, “Hey, I’m going to give Australian Rules a try?”.

Gosh darnit to heck, the AFL’s obviously watched T20 and thought, “Hey, we should have our own shortened, juiced-up game”. They’ve watched the Big Bash League and thought, “Let’s have our own competition just like that – no existing clubs, new franchises, blah blah blah”.

The rules, consarn it, are the same.

But AFL eXcrement? What flippin’ insanity went on to tar the game we love with these inconsistent, incomprehensible and irreconcilable rules that amount to one stunning clusterbug?

This is the AFL goubermouching where they shouldn’t, pumping time, money and energy into this dang fruitless cause. Jeez Louise, AFLX is a waste of darn tootin’ resources. And while the game has been designed to be freestyling basketball without the physicality, if one of the players from the team I support is injured in this meaningless claptrap – zounds! I will toss a glitter bomb at the AFL’s doorstep. 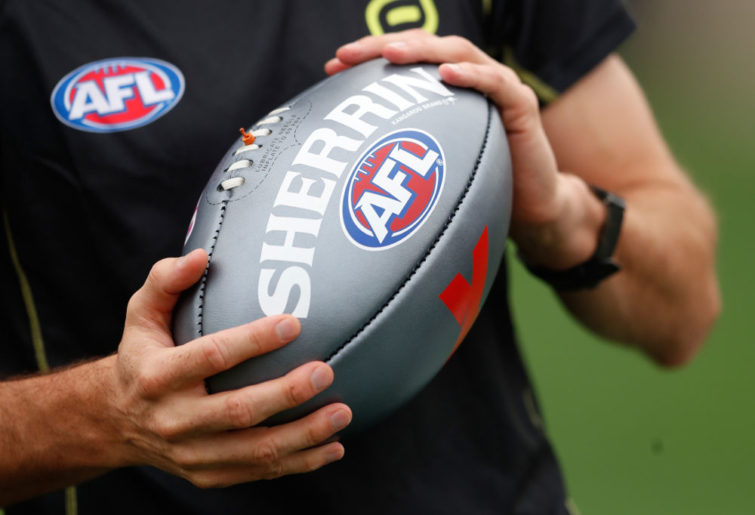 I understand the underlying motivation is to promote Australian Rules, but this cheeser is like using badminton to promote tennis. With this I mean no disrespect to badminton. This example is to demonstrate that outside of basic similarities – players swing racquets, there’s a court, there’s a net and there’s an object they hit back and forth – you can’t use one sport to promote the other.

Thunderation, I hope this is only intended as a muckspout promotion and not the intended foundation of some heavens to Betsy rantallion offshoot, because all it will do is bescumber the game we’ve known and loved for over a century.

Hells bells, it’s like cretins who claim the media doorstopping footballers or barging into the rooms for interviews is good entertainment for promoting the game. Yikes! How dadgummit many kids out there are being converted to Australian Rules because Brian Taylor accosts some player who doesn’t want to be interviewed? Or because some media personality harangues an injured player? Or some blasted panel chats casually and obliviously while a team is running through handball drills behind them?

Great Caesar’s ghost, this is all to simply say that the damned focus is wrong. AFLX is just a disaster of unrelenting proportions.

You want to promote the fudging game? Put more tooting time and energy into players making appearances at schools and football clinics. Promote the AFLW further and let the teams consolidate rather than expanding when the talent pool currently doesn’t exist to support expansion.

Jeez, if you want to have some preseason competition that’s meant to drive engagement and convert agnostics and atheists, how about the creation of an AFL-sanctioned junior competition? Imagine 13 to 15-year-olds having the honour of representing an AFL brand and given national coverage. Imagine seeing the stars of the near future play. Imagine how the next generation would aspire to be involved.

But this excrement awash on the hopefulness of a new year? AFL, please fug it off.