So another three matches in the Six Nations are done, and there’s lots to talk about.

There were wins for Ireland, Wales and England as the big guns in the Northern Hemisphere started to stamp their authority on the tournament but while the results weren’t surprising, there is plenty to discuss.

The importance of the kicking game
The first six matches of this year’s competition have seen a lot of kicking from all sides. One of the common factors for those teams that have won is that they have kicked well out of hand.

England especially have been able to expose weaknesses in Ireland and this weekend, France, by being able to kick in behind their defensive lines and find grass time and time again.

The French back three this weekend were torn to pieces by the England boot. Whether it was struggling to cope with the high ball or being found horribly out of place the French not just conceded territory but lots of points as well.

In the Scotland versus Ireland game, the Scottish played well in the first half and had huge amounts of territory and possession (more of that later) and they used the boot well.

Equally one of the reasons why Ireland were better this week was because they brought back Rob Carney at No.15 – his ability to read the opposition’s kicking game helped to diffuse the Scottish boot.

Eddie Jones made the interesting comment after the England game saying that with front line defenses being so strong and organised in the modern game, you have to use a good kicking game to get in behind.

For those sides who don’t have that strength – I’m looking at you Foley and Australia – they are going to struggle to build pressure and unlock teams.

England fast starts backed up by solid finishes
This week and last week England scored their opening try inside the opening 9kickoffs of the kick off. This gave them confidence in both matches and put the opposition on the back foot straight away.

England didn’t halt there – they were up 21-3 inside 30 minutes. These fast starts aren’t brand new for England – against South Africa on last July’s tour they ran in tries early in both the first Tests.

What is different is that they then back up these fast starts with solid performances throughout the rest of the game.

Where in the past their fast starts were eventually overcome by the opposition, last weekend and this weekend they kept up their intensity and pulled further and further away from the opposition.

There were questions about whether England could repeat the intensity they displayed in the game against Ireland considering it was of such a high level, but they should at Twickenham that they are learning how to keep that foot pushed down hard once it’s on the opposition’s throats.

Scottish fans will be frustrated
At half time against the Irish, Scotland had just put in an impressive 40 minutes against one of the world’s best teams and would’ve felt unlucky not to be ahead. Could they kick on and turn that domination into a victory against the Irish?

However the reality is that they had bungled a great scoring chance at the end of the first half – and then were never able to threaten the Irish in the second half.

As the men in green started to play a clever, energy sapping, time-eating game, the Scots made silly errors and let the Irish control things.

The effort was still there from the Scottish but as much as Greig Laidlaw might want to blame referee Romain Poite the Scots started to become their own worst enemies.

This is what is stopping the Scots from breaking into that top bracket of world rugby. They are an exciting team with ball in hand and can scare any defence on this planet.

But, when it comes down to winning tight games against the best, they are just a little bit off the pace and haven’t got enough world class players to change games or control them. 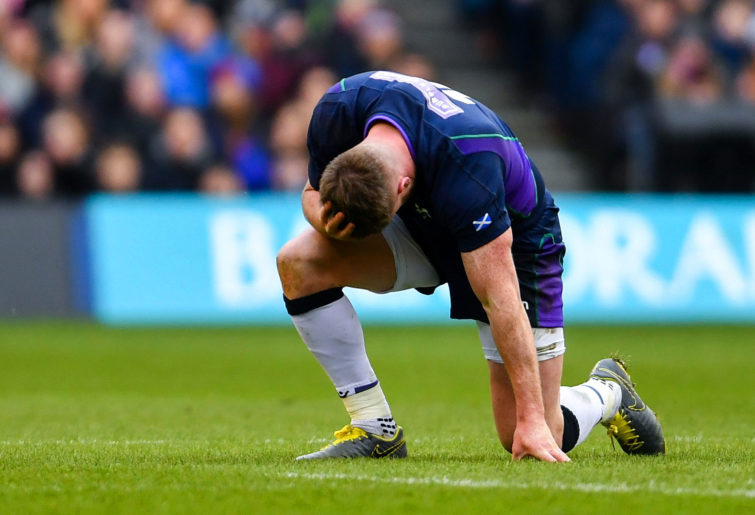 Carberry is sexy but he isn’t Sexton
When Johnny Sexton had to come off, the Scots would have felt that things were really going their way. His replacement – Joey Carbery – started with some average minutes as he tried, and failed, to play his way into a crucial game.

But as the minutes ticked past, the 23-year-old Carbery gained some confidence and found some rhythm.

He ended up not only guiding his team to victory but setting up a heartbreaker of a try where he ran between two Scottish forwards and as they clashed heads trying to tackle him he sprinted away, span out a lovely looping pass to the waiting Keith Earls who then ran in to score unopposed.

Some might remember that he started for Ireland in the first match against the Wallabies back in mid 2018 – the one that Ireland lost.

So it might be easy to see him as a poor under study to Sexton. However it’s worth remembering that when he left the field in that first test in Australia, Ireland were actually winning.

Carbery has since grown in talent and skill and is a No.10 that a lot of top international sides would want to have in their ranks.

However – and this is going to become more important as 2019 goes on – he’s nowhere near Sexton’s class. If Ireland have to rely upon Carbery against the world’s best then they could be in trouble.

He’s a very exciting player but in do or die matches against the top nations, the opposition will fancy their chances.

It will be interesting to see if Joe Schmidt tries to give Carbery more and more time leading the team in this championship to try and help him prepare for those knockout moments in the World Cup. 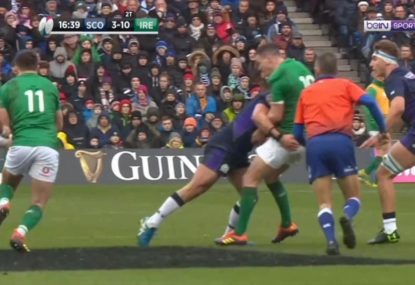 Jonny May continuing to have a blinder
Last week I wrote about how May was becoming a real world class talent – well, this week he only helped to bolster that claim as he scored three tries within the first 30 minutes against France.

Two of them were as a result of him chasing down well-placed kicks from teammates which took pace and timing, but the middle try of his hat trick showed he’s also got some stunning feet.

He took the ball standing still about seven metres from the French line and had Damian Penaud right in front of him.

A couple of seconds later Penaud was flat on his face and May was celebrating another try at Twickenham. He stepped in and then out and left the French winger looking ever so slightly silly.

If he can keep this form going then he’s going to pick up player of the tournament and be a real threat in the World Cup. 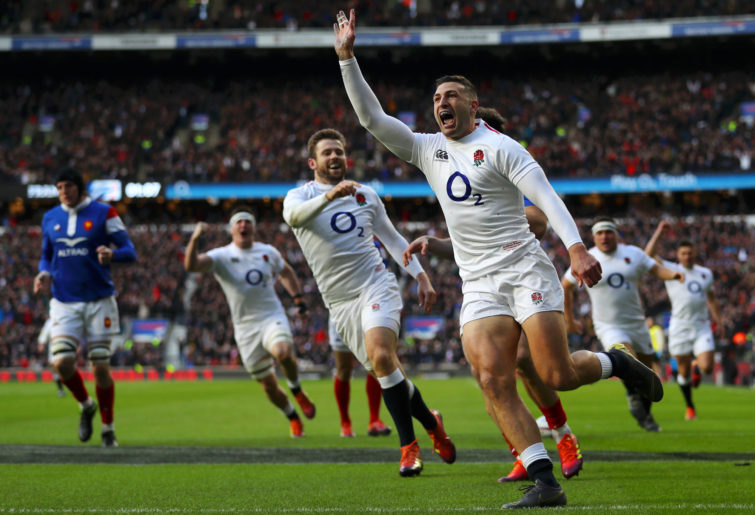 Was 2018 too much for Ireland?
Ireland beat the Scots and scored some lovely tries in doing so. But here in Round 2 they still don’t look like the Ireland of 2018 and so it’s perhaps not surprising that people are starting to ask if they have peaked too early.

They put so much into their last two years of rugby – winning over in Australia, winning the Grand Slam and famously beating the All Blacks.

Has the emotional and physical effort that it took to achieve those incredible heights finally catching up with the men in green?

Ireland commonly start slowly in the Six Nations and to be fair to them they did win on Saturday, but there’s a lack of crispness to their play and their previously unstoppable style of playing has not been, well, unstoppable.

They are still a high quality side but it’ll be a new challenge for Schmidt to help them maintain their world beating form now that they’ve reached the top.

Do Wales have strength in depth or are they struggling to find the right combinations?
Ok let’s be clear – the Welsh are on a great run of wins.

By beating the Italians they’ve racked up 11 victories in a row and opposition of all styles are finding it impossible to beat them.

However, last week, the Welsh played awfully in the first half against Wales and were lucky to win.

Against Italy this weekend they again won but never really achieved that total domination of the Italians.

Now Warren Gatland had made ten changes for this weekend’s game and that can unsettle any team. Picking up an away win with that many changes is not to be sniffed at.

However it does raise the question about whether this demonstrates real strength in depth or are the past couple of weeks highlighting that they haven’t found those perfect combinations yet.

The Welsh back row played very well on Saturday but the back line didn’t really click and relied upon individuals playing well rather than combinations unlocking the Italians.

In defence the home side were able to cause the Welsh real problems and scored two nice tries against them.

In fact the Welsh only scored two tries themselves and relied upon penalties to build a lead.

Having a large number of good players is important but at the moment it feels as if the Welsh don’t have any great players in key positions and that’s what’s going to be needed to win the big games.

A real test will be in the next round when they take on an in form England in Cardiff. If they can beat the men in white then they will be in great shape.

If they stumble then it might just highlight that they are still in that group of good countries who are trying to chase down the world’s best.