Five hidden treasures set to be discovered in 2019

Every year the AFL produces impressive talents that we would not have expected heading into the season. Here are the five who will make a name for themselves in 2019.

Picked at number 27 in the 2017 draft, Daniels was clearly highly rated as a junior, as players under 175cm rarely reach the top 40.

In his first seven games, he showed signs of being a damaging, speedy crumbing forward. With Tim Taranto likely to move to the midfield, Daniels should become a regular as a pressure forward for the Giants – perhaps even becoming an important cog in a premiership challenge in the mould of Dan Butler at Richmond.

Jake Waterman
Offering something a bit different to the powerful Darling and Kennedy, Waterman is quick for his height (191cm) and already a dynamic lead-up forward at age 20.

This makes him an effective decoy in the forward 50, but also a potential link man between midfield and forward, especially following the retirement of Mark Lecras.

Ed Vickers-Willis
Mr. Fixit has already established himself as a prolific interceptor, ranking above average across all defenders.

Tall enough to play as a key defender, he may eventually become an important last-line cog for the Roos, turning defence into attack in the mould of Jake Lever or Tom Stewart.

While his body develops, however, following multiple injury issues, Ed has the versatility to fill any role across the backline, and may even keep out Jasper Pittard for Round 1.

Ben Long
Though a famous name, few would know much about young Long’s career so far, having played just 14 games.

Before succumbing to injury half-way through 2018, he was, in fact, one of St Kilda’s most effective forwards, rarely wasting an opportunity to snare a goal or assist.

With sublime kicking skills and pace to burn offensively and defensively, he could be a shining light for the Saints if he can avoid injury and start to win more of the ball more consistently.

Will Brodie
A tall, powerful midfielder, Brodie could be the next Paddy Cripps.

A slow start to his career might have some at Gold Coast a little worried, but the transition from junior footy to AFL is vast when matched up against the league’s star midfielders.

Collingwood’s Brayden Sier had a similarly slow first two years, before bursting onto the scene as a centre bounce specialist in their grand final side.

Both strong and quick, it could be an exciting year for Brodie with another pre-season under his belt. 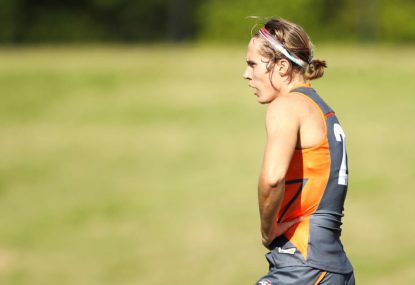 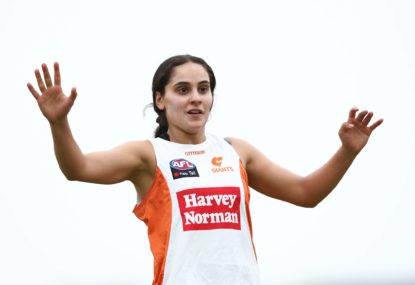