With the 2019 Overwatch League season getting underway tomorrow, there’s no better time to cast our eye over all 20 teams and see where they’ll end up come season’s end.

Hope Corrigan had a look at the Atlantic Division, so I’ll be looking at the Pacific.

The Pacific only sent two teams to the playoffs a season ago, with both Los Angeles sides losing to London on route to the Spitfire’s inaugural season triumph.

Four expansion sides join the division this season, so the real test for the contenders appears to be not getting drunk on the allure of crushing wins over easybeats.

Let’s count them down from worst to best.

They may have two players from China’s World Cup team (who finished second) in LateYoung (Ma Tianbin) and Yveltal (Li Xianyao) – but there’s not much else going for the Hunters as they get set to navigate a difficult debut season.

I wrote last week about the plight of China’s four Overwatch League clubs and how Chengdu worried me the most.

To put it into layman’s terms, they have a list so haphazardly constructed it’d make a Gold Coast Suns fan cringe. 2019 will be a very long year.

Hangzhou may have burst onto the scene with a bright pink and baby blue colour scheme, but their bold leap in fashion will probably be the only stride they make in 2019.

Like the Hunters, they do have two of China’s World Cup runners-up on their roster – and it’s arguably a stronger duo in Krystal (Cai Shilong) and guxue (Xu Qiulin). The similarities with Chengdu don’t end there unfortunately, as that includes their worrying lack of depth across the rest of the roster.

There’s an argument to be made that the Spark will enjoy above-average team cohesion for an expansion side – and the bottom of the Pacific could be quite open – but it’s mighty hard to see them getting anywhere close to the number of wins required to think about playoffs.

Shanghai will win a game this season. In fact, they may even win five. 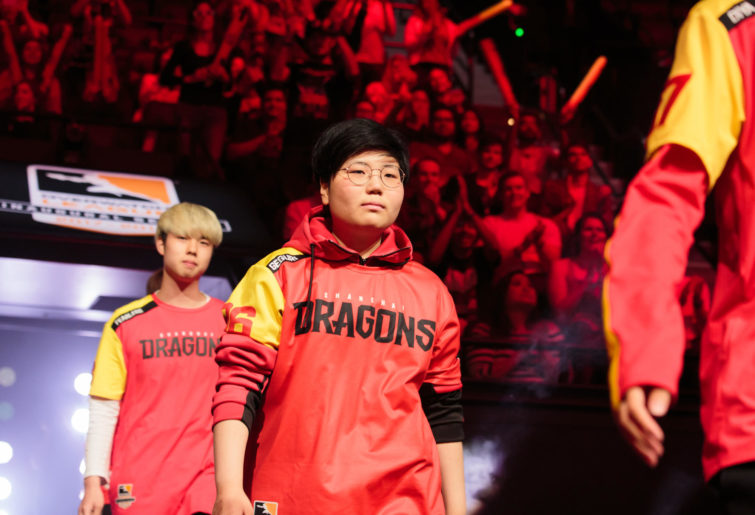 There’s only one way for the Dragons in 2019, up.(Photo: Robert Paul/Blizzard Entertainment)

That’s not meant to be a bold claim, nor a cheap shot, but instead a tentative vote of confidence in a beleaguered side that broke all the wrong records in 2018.

The talent floor in the division has probably been lowered a little thanks to the two teams aforementioned, but the offseason roster upheaval undertaken by the Dragons should make them a competitive enough outfit to improve a fair bit this year.

While they’re not quite ready to fill up the win column, they should be able to pick up at least a map in most of their games.

Despite arguably casting the widest net in their recruitment phase, Guangzhou are my pick to emerge from 2019 as China’s best.

Under the tutelage of former-Philadelphia tank HOTBA (Hong-jun Choi), the Charge’s strong complement of Acamdeny-level players and solid Contenders performers should put them on track for a low-to-middle table finish.

They’d need a bit of star alignment to challenge for a finals spot, but don’t be surprised if they’re hovering around the halfway point of the standings if all things have clicked nicely.

Bet you didn’t expect to see a playoff team this low?

The harsh reality for the Gladiators is that their fortunes last season revolved almost entirely around superstar tank Fissure (Chan-hyung Baek). They were 21-9 after they acquired him from London, but were 5-8 in the matches before he joined and in their unsuccessful playoff run.

Now that he’s off playing for Seoul Dynasty, I just don’t see how they get back to the top eight. Their tank department is perilously thin and their biggest offseason signing – Finland’s Ripa (Riku Toivanen) already plays a role the team does fine in. 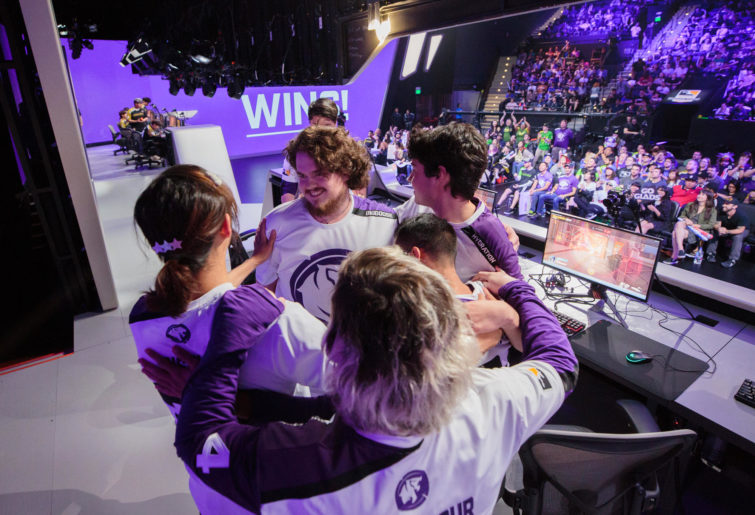 Dallas were a huge letdown a season ago, with the highly-touted roster lurching from poor play on the stage and controversy off it in a nightmarish debut season.

That said, they did enjoy a very strong finish to the season and look to easily be a cut above the Chinese quartet beneath them. The retirement of Seagull (Brandon Larned) hurts, but they’ve got exciting talent in the form of ZachaREEE (Zachary Lombardo) in line to replace him.

Playoffs might just be beyond them, but I see no reason why 2018’s strong Stage 4 can’t turn into a solid second season in the Overwatch League.

Where the Gladiators could fall, San Francisco are my pick for biggest improver in 2019.

Trading away Danteh (Dante Cruz) could be a huge risk, but I think the move has allowed them stack the DPS part of their list to an enviable level.

Striker (Kwon-nam Joo), sinatraa (Jay Won), babybay (Andrej Francisty) and Rascal (Dong-jun Kim) make up one of the most formidable DPS quartets in the competition.

Are they pushing all their chips forward on a DPS-heavy metagame? Potentially. But, if their prediction rings true, they’ll be perfectly poised to take advantage.

An expansion team this high? You bet.

Vancouver have pulled off an enormous coup in incorporating the entire roster of RunAway – easily Korea’s most dominant Contenders team – into their maiden Overwatch League list.

It’s one thing to amass a collection of talented individuals, but a collection of elite up-and-coming players who’ve already spent a significant amount of time playing together is almost worth its weight in gold.

They might not blow us away out of the blocks, but the Titans should finish the strongest out of all eight expansion clubs.

The top team in the Pacific Division – and the home of Australia’s own Custa (Scott Kennedy) – should be thereabouts once again.

They were far and away the top team in this half of the competition a season ago and, to put it simply, come into this season with a virtually intact roster, missing only SoOn (Terence Tarlier) who left for Paris.

As talented as they are on stage, the Valiant have some of the best coaching and involved (but knowledgeable) ownership going around too. They’re a Pacific Division frontrunner and a genuine title contender.

The sleeping giants of the Overwatch League – and easily 2018’s biggest disappointment – should be set to atone for last season’s shock eighth-place finish and storm to the top of the Pacific.

Seoul clearly weren’t content with last season’s non-appearance in the playoffs, turning over roughly half the roster to make way for more versatile depth players and MVP candidate Fissure. 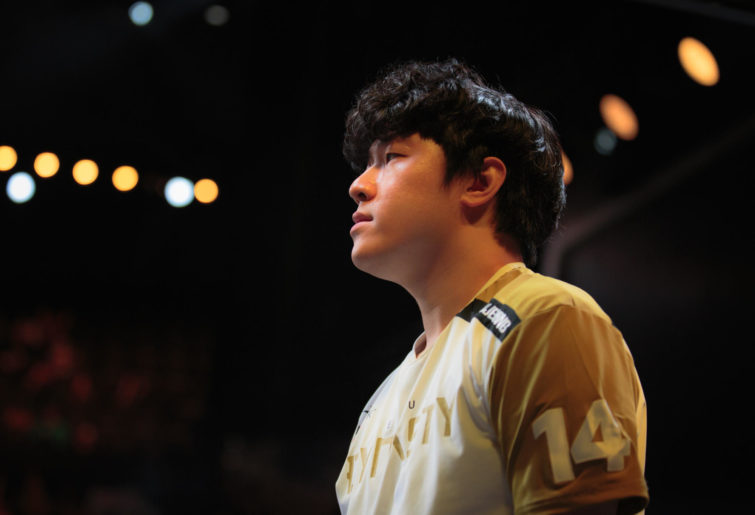 Ryujehong and Seoul should be able to put a poor 2018 behind them. (Photo: Robert Paul/Blizzard Entertainment)

There’s no doubt they were painfully slow to catch up to metagame changes ago, but these moves should help them stay ahead of whatever curveballs get thrown their way in 2019.

With a mouthwatering line-up headlined by the ex-Gladiator, ryujehong (Je-hong Ryu) and Fleta (Byung-sun Kim), it’s hard to see the Dynasty not being in the thick of it come season’s end.

Do you agree with this list? Let me know where you think I got it right or wrong in the comments.