Pick-'ems ruined again? That's where logic gets you

Theoretically, 1pm on the third day of the Major qualifiers is an awkward time to write a column. As I write this intro, the first map of Vici vs Vitality just finished with an overtime win for the French team.

But, as a best-of-three, the chance of yet another upset is still on the cards. It might have been good to write about Chinese teams so nearly making a breakthrough again if they lose. If they win there’s a whole different piece to write, especially since both Chinese teams followed a similar path thus far: both beating Cloud9, both losing to NRG and both potentially beating Vitality.

I managed to avoid writing about pick-‘ems for this tournament, which is nice. Avoiding pick-‘ems articles a bit like cooking a proper meal instead of having another frozen pizza. It’s more difficult, but you feel better about yourself for not taking the easy option, even if it goes wrong.

It is difficult to avoid mentioning them altogether, though. Especially as we seem to have another Major full of upsets on our hands. I already mentioned the success of the Chinese teams, but they are not the only underdogs to do well.

I had Renegades going through to the Major proper, for example, but certainly not 3-0 and certainly not beating ENCE 2-0 en route. I had Cloud9 going through, but that looks tenuous at best right now. Yes, this time last year they started just as poorly, only to win the whole thing, but they have looked far worse in their losing matches than they did at ELEAGUE last year.

Everyone seems to have underrated the CIS teams again, of course, but that’s almost a tradition by now. Well, I had Avangar making it through actually, but I certainly didn’t expect Winstrike to make it. Still, “the Russians always do better on LAN” has reached the same level of cliché as “French reshuffle” at this point.

Speaking of clichés, “RIP Pick-‘ems” seems to be the catchphrase of the Major yet again. It begs the question: why are we so bad at predicting these things? Well, why are most people? Personally, I have a silver trophy for every pick-‘em since Cologne 16. Just saying.

Part of it is that we are biased towards teams who have historically performed well. It’s been a year since Fnatic won anything noteworthy (PGL Grand Slam doesn’t count as noteworthy) but I still predicted them to go through. I even considered having them as my 3-0 team at one point.

The same thing could be said of Cloud9, more or less. Both teams have some top four finishes at small tournaments, but really it’s the prestige of the name that draws us in if we’re honest with ourselves. 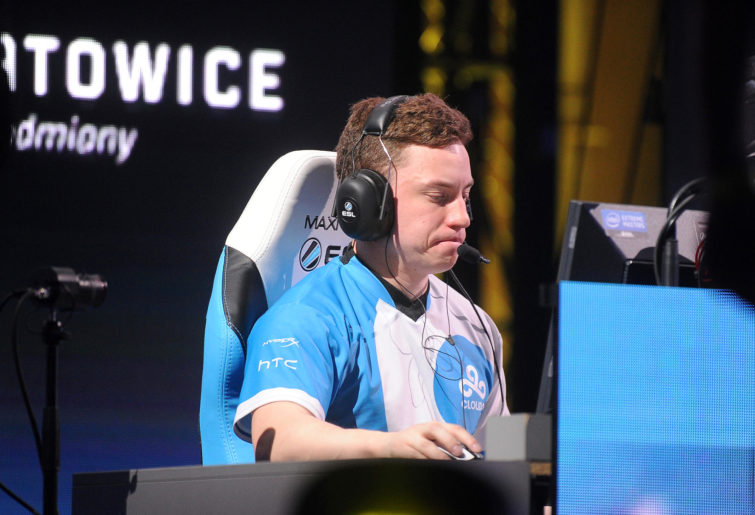 The prestige of big names like Cloud9 draws us in. (Photo by Norbert Barczyk/PressFocus/MB Media/Getty Images)

I made the same mistake with NiP, too, which is especially silly given the amount of dust gathering in their trophy cabinet nowadays. But it’s NiP, my brain says, surely they will come good again this time!

On the opposite end of the psychological spectrum, it’s difficult to take into account our biases against the teams we so rarely see in the West. Tyloo and Vici are the most obvious examples here, since they spend most of their time playing in the early hours of the morning against teams Western journalists have barely even heard of.

Tyloo has been one of the best teams in Asia for as long as I can remember, yet HLTV ranks them 67th in the world. That’s 59 places below Cloud9, who they beat 16-3 a couple of days ago.

Vici, incidentally, are 35th in the same ranking – 27 places below Cloud9 and 21 below the other team they have beaten so far, Fnatic.

Just to be clear, I’m not trying to talk smack about HLTV’s system here; I’m merely pointing out how difficult it is to properly appraise the relevance of being the best team in one of the weakest regions.

Finally we come back to the CIS teams, who always seem to surprise at every major and for basically the same reason – we just don’t see these teams in action. At every Major we hear all this chatter about how insular the CIS region is and how their inability to communicate with the English-speaking world is such a big problem.

Yet, at every Major in recent years some team from Eastern Europe (or sometimes more than one team) surprises us all. Hell, Gambit went all the way in Krakow a couple of years ago.

The other, related issue when it comes to assessing CIS teams is the notorious one of internet infrastructure. It’s difficult to properly weigh up the relevance of an online tournament anyway, but for tournaments in the former Soviet region it is basically impossible.

Remember that just before Gambit won their Major, they were competing online in the Mountain Dew League against the likes of Epsilon, Team123 and eFuture and doing a not very good job of it.

Fear not, then, if your pick-‘ems are ruined. If you applied logic, console yourself with the fact that the logic you used is flawed at its source. Besides, there is still time for things to turn around. If Cloud9 winning in Boston last year taught us anything, it’s that anyone can win on their day.