Retired Wallabies back Drew Mitchell has slammed his former French club’s president for his public rebuke of Julian Savea, fearing the spray will do long-term damage to Toulon’s pulling power.

Savea was singled out by Mourad Boudjellal on French radio after his Top 14 side’s loss to Agen.

The president sensationally demanded the former New Zealand winger apologise for his performance and “go back to his home country”.

“I’m going to ask for a DNA test. They must have swapped him on the plane (when he joined from Super Rugby’s Hurricanes),” he told French radio RMC on Sunday.

“When we reach this level of play, we must apologise and leave.

“I told him he was released and he was no longer welcome at Toulon.

“He has got a year left on his contract. He can do what he wants.”

Toulon are languishing in 11th place and Savea, a 2015 World Cup winner and 54-Test All Blacks veteran, has come under heavy criticism from fans for his lacklustre form since arriving at the club.

Savea responded on Monday, tweeting he intended to see out his contract and would turn up to training with a “positive attitude … whether I am welcomed or not”.

Australian winger Mitchell was part of Toulon’s Champions Cup wins in 2014 and 2015, before he forced his way into the Wallabies’ World Cup team.

He said Boudjellal, a comic book magnate with a reputation for lashing out at players in the press, needed to realise there were other ways to make headlines.

“I get where they (the fans) are coming from and I’ve experienced that side of Mourad.

“But his (Savea’s) form is a separate issue; that stuff should be kept in the locker room.

“He doesn’t deserve that and the flow on means other players and especially former All Blacks won’t be encouraged to go there.”

Mitchell’s tweet which condemned Boudjellali’s comments was endorsed by Savea’s brother and fellow All Black Ardie, while Savea’s wife Fatima defended the 28-year-old on social media after she revealed the abuse he had copped from fans.

“Take a minute to think about how your words can affect someone’s life and their mental health,” she tweeted.

“And people wonder why mental health in rugby had become a big problem.”

Tevita Kuridrani has left the Brumbies to head to Perth to join the Western Force for the 2021 season.

Jordan Petaia is in serious doubt for the opening Bledisloe Cup clash on October 11 as a result of the hip flexor injury he suffered in the Super Rugby AU final.

In the immediate aftermath of the Brumbies’ 28-23 Super Rugby AU final victory over the Reds – a fitting finale to what grew into a highly enjoyable tournament – Fox Sports commentator George Gregan described how, “the Brumbies are a very proud rugby nation.”

Wallabies trying to keep a lid on excitement

One-time Wallabies captain James Slipper has cautioned Australia’s buoyant bunch of Bledisloe Cup hopefuls against getting carried away with the raging success of the inaugural Super Rugby AU season.

Wallabies trying to keep a lid on excitement

All Black Milner-Skudder signs with Toulon

The All Blacks career of exciting winger Nehe Milner-Skudder is all but over after he signed a three-year French club rugby deal. 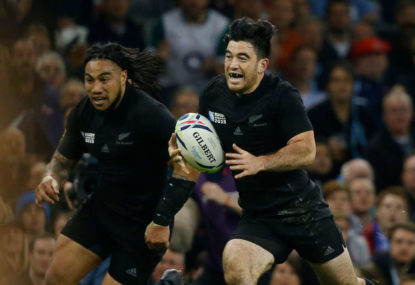 All Black Milner-Skudder signs with Toulon