Dario Falcao-Rassohka is just 17 years old, but is already making a name for himself as one of Australia’s most promising esports stars.

His exploits in the national Overwatch scene – both in domestic competitions and at the most recent World Cup – have made him a player to watch as more and more Australians start to get noticed by scouts overseas.

With the next season of Overwatch Contenders – the highest level of play in Australia – kicking off soon, I had the privilege of talking to Akraken about his whirlwind journey over the last few months.

The Roar: It’s been just over a year since you joined the Sydney Drop Bears. When did you decide that you were going to take Overwatch seriously and how did you actually end up joining the team?

Akraken: The time that I decided I would take Overwatch more seriously was probably the exact time I joined the Drop Bears. I’d always been on bad teams before then, or really hadn’t been playing much at all.

It’s kind of interesting how I joined the Drop Bears because they actually picked me up because my old team at the time, Alter Ego, played them in one of the Contenders matches during Season 1 – and then they stomped us, but I think I put up a good performance.

So, after Drop Bears lost to Masterminds, they were sort of looking for someone to bring balance and push their team to the top – because they had a really bad loss to Masterminds in the regular season.

So, what ended up happening was they decided they wanted to move their main support at the time, face (Sam Mereweather), the coach, over from flex support to aim support and then they needed a flex support so they picked me up.

The Roar: Obviously, with Drop Bears, you’ve enjoyed unprecedented success having won all three contender seasons. Really, apart from the first season, you’ve barely been troubled. Did you have any idea when you joined the team that they’d be this good, this quickly?

Akraken: No, absolutely not. I knew I was joining a top four team but, at the time I joined them, Drop Bears were barely breaking into the top four. I didn’t think we were going to start smashing everyone, but that’s what ended up happening.

Even season one was very, very close. In that semi we played Dark Sided, and we barely beat them 3-2. So, if that had turned out differently, you might be speaking to someone from Dark Sided instead of me.

The Roar: Who knows? What do you reckon it is that’s helped you stay at the top for so long and in such dominant fashion?

Akraken: Well, I would say it’s partially due to the winning culture that Drop Bears has cultivated, and also due to the fact that we’ve also consistently had some of the most experienced players in the region. Or if not experienced, then the most talented.

Especially last season, what allowed us to sort of come up clutch a lot of moments is the fact that we had the line-up best suited to playing on LAN and had the most LAN experience.

The Roar: Let’s just skip over to Thailand last year. Firstly, how did you end up on the World Cup team? Do you remember when you found out you’d been selected? What that was
like?

Akraken: Okay, I was doing a review with face at the time. I kind of freaked out a little bit when [national coach] Gunba (Jordan Graham) told me I was on the team. So that was a really, really, cool moment for me.

The moment itself was pretty incredible, I remember that, because I didn’t really expect to get selected. There was a player who I was going up against – tongue (Giorgio Lahdo) – who had a lot of experience, who was on the old Blank roster. 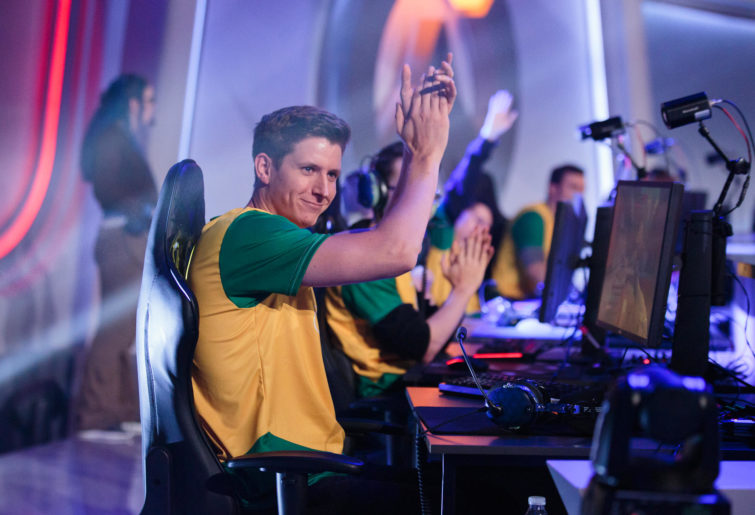 He had almost a month of experience in a team house in Taiwan with a Blank roster. I honestly expected him to be picked over me by a wide margin, but somehow, I managed to pull that through and I think it worked out great in the end.

The Roar: Awesome. In Thailand we sort of, didn’t really shock the world, but we did surprise by making it through to the knockout stages at BlizzCon. What do you remember of that moment against China where you won that map and knew you were going to BlizzCon?

Akraken: It was a good moment, but we didn’t allow ourselves to dwell on it for too long, because we still had the rest of the match to play. We only needed to win one map against China because of Sweden [beating Denmark], so us winning that one map was … It was a great moment, but at the same time, we still needed to focus on the series. We sort of put aside the celebration for a bit.

The Roar: That’s fair. I was with the press in Thailand and once you guys won the map, we all relaxed. I’m sure you weren’t able to relax just as much as we were at that moment.

In Thailand, I think Trill (Ashley Powell) or at least one of the teammates mentioned that playing alongside Custa (Scott Kennedy) – our only Overwatch league player from Australia – just made them realise how much they had to learn and improve if they wanted to make it to the Overwatch League.

Akraken: I think Custa is a very, very good communicator and also a very smart vocal player. But something I learned, mainly from speaking to Custa a lot is that before the World Cup, I was very, very strict in how I wanted to play the game. “This is good, this is bad.”

I would see a lot of things that might look a little risky, too risky to do. Playing with Custa and Gunba, they led me to be more flexible in my decision making and sort of how I play the game.

The Roar: BlizzCon couldn’t have been much worse luck with us drawing South Korea. You’re one of the few people on the planet who can say they have played against the full might of South Korean Overwatch. From that experience, what is it you reckon that makes them just so much better than everyone else?

Akraken: Well, I think the people in South Korea have obviously played at the top for a very long time and I would say that puts them at an advantage.
In terms of the actual World Cup team, they’ve got some pretty fantastic players. They’ve got pretty much the best players in their role amongst the whole world, and that’s due to the amount of time they spend in the Overwatch League and the fact that pretty much all of them are super hard grinders.

But the thing that stuck out to me, during the match, is their flexibility. We would take things against South Korea that we tried against other very, very good Chinese teams, Finnish teams, and even some good Korean teams and they just didn’t know how to deal with it.

But one of the particular things that South Korea would do is stop for a second, think and then just take the power away from us.

They’re all very smart players. I think that sort of stood them out in my mind.

The Roar: This might be a difficult one to answer, but what do you think Australian esports in general needs to do to get to that level?

Akraken: Well, I think to get to a similar level as South Korea … I think it’s very hard for Australia to match that because, between us and New Zealand, we just don’t have the population of the people playing the game.

I would say, maybe for esports to become a bigger thing in Australian society is maybe for more money to be injected into the region so that our teams can play overseas. But I think if you want to stay in Australia and play in Australia, you’re never going to get to the same level as Korean teams.

That’s why all the players here are looking for overseas opportunities for the most part.

The Roar: That’s fair enough. Are you looking for overseas opportunities yourself?

Akraken: Yeah. Yeah, I am – along with most of the other people on my team. That’s the angle for a lot of Australian players – pretty much all Australian players who aren’t already over there like Punk (Leyton Gilchrist), Trill and Custa.

Pretty much all of our coaches as well would want to go overseas so we have access to more opportunities so we can see what we can do. 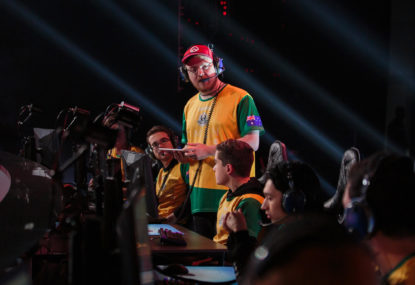 How can we use our Overwatch World Cup success to push esports forward in Australia?

Unfortunately, the thing that makes that hard is the fact that we have to trial place, scrim, whatever, on really high ping if we want to get into American teams.

The Roar: Yeah, I think I’ve seen on you, Punk and Trill’s applications, as a note to observers, that you were playing on 200 ping which is just absurd. I think it’s like playing soccer with a medicine ball or something.

The Roar: It can be pretty hard to have much on your to do list if you’ve won three Contenders titles in one year, but what do you want to get out of 2019 personally?

Akraken: For me, I want to improve as a player. I think, in terms of international players and the international circuit – including North America – I think I can compete. If I was given more opportunities, then I could really show what I’m made of. But the thing I want to do is to improve as a player in my mechanics as much as possible. That way, if I’m given those opportunities – like trials in North American things or whatever – I won’t fail and I can take the most advantage of those opportunities.

The Roar: Just finally, what advice would you have for an Overwatch player out there in Australia, who’s thinking of taking it seriously and going for it?

Akraken: I would say try and put yourself on a team that you don’t deserve and then end up being better than everyone on that team. And then repeat and repeat.