Dane Haylett-Petty to remain a Rebel until 2021

Melbourne Rebels captain and Wallaby Dane Haylett-Petty has signed a new deal which will see him remain with the Super Rugby club until the end of 2021.

Haylett-Petty joins his coach David Wessels in re-committing this year to the club beyond the current season.

The 29-year-old, who has 31 Test caps, said he felt his rugby had flourished since arriving in Melbourne last year from the Western Force.
“This environment has really helped me develop as a player on the field, and as a leader off the field,” Haylett-Petty said.

“I wanted to do what was best for my development as a rugby player, and that was to stay here in Australia and to continue my journey here at the Rebels and Wallabies.”

While the World Cup in Japan later this year was a lure, Haylett-Petty said his focus was firmly on helping the Rebels play in their first Super Rugby finals.

“There’s a special feeling around the club at the moment – just missing out on finals in 2018 really re-focused us as a group,” he said.

“You can feel it in every team meeting, every field session, every review; there’s a desire there to get better with everything we do.”

The Rebels have a bye in the second round this weekend, giving them more time to recover from a campaign-opening win over the Brumbies. 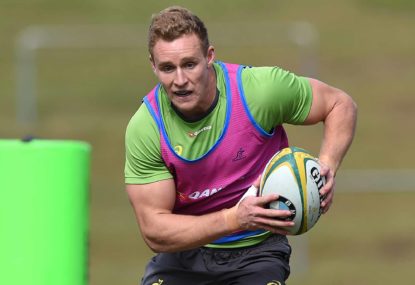