It’s easy to forget Fremantle finished on top of the ladder in 2015, and ended up making the prelim. Three weeks can be a long time in football, but three years is an eternity.

Of those playing in that preliminary final defeat to Hawthorn, only seven players remain at the Dockers. The list turnover has been savage, and the rebuild is well and truly on. It hasn’t all been about hitting youth in the draft though. 11 players on the Freo list havie come from other clubs, plus a number of other mature age recruits.

Harley Bennell would be in this best side, but after two games in the last three seasons, he can’t be considered. He is an add-on extra, and if we get to see him play again it will be a bonus.

Fremantle’s is a very difficult bottom six to work out, given they have quite a bit of inexperience on their list, inclusions from other clubs, and veterans like Aaron Sandilands and Hayden Ballantyne that should probably be back-ups rather than starters.

Goals have long been a problem at the Dockers. They’ve been in the bottom three for points scored in each of the last three seasons. Even when they finished on top of the ladder in 2015 they were 11th in points for. When they made the grand final in 2013, they were 12th.

Obviously a lot of this has been to do with Ross Lyon’s defensive game style, but also a lack of talent and consistency forward of centre. To that end, the inclusions of Jesse Hogan and Rory Lobb would be making mouths water among the fan base.

Hogan is a work horse who will push up the field, and is a good player but not a gun yet. Five Roar writers got together to do our collect top 50 players in the competition, which will be published next week – 79 players got votes, but Hogan wasn’t one of them. 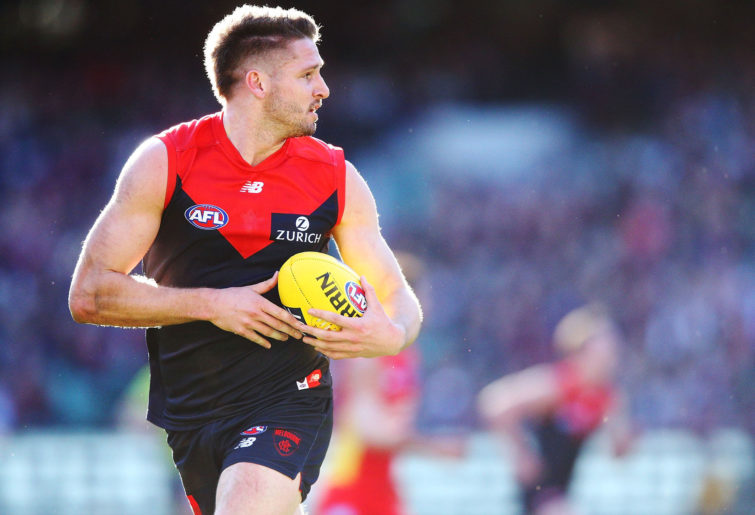 Lobb will be stationed deeper and offer ruck support – contested marking is his strength, and when he starts clunking them he can be hard to stop.

If nothing else, Hogan-Lobb looks a lot better than McCarthy-Kersten.

Supporters of Matt Taberner sound like a broken record, always anticipating “this will be his year”. But we must keep the faith. If he stays fit, matures, and fulfills his talent then this is a marking trio to be reckoned with.

But, if Freo’s ball movement doesn’t speed up, then opposition defences will still be able to pick off the slow entries. Bombing the ball in high and long won’t necessarily work, and the key forwards will have to get their leading patterns right.

Brandon Matera and Travis Colyer could do some damage at the feet of the tall forwards but fitness and consistency are issues, and we know what an ever-present threat Michael Walters is wherever he plays.

Through the middle, Nat Fyfe has to shoulder an enormous load after the departure of Lachie Neale to Brisbane. Neale was number one at the club for disposals, contested possessions, clearances and tackles last year, and we know Fyfe has had his struggles staying on the park. Still, he is arguably the best player in the competition, so a lot can rightfully be expected of him.

Reece Conca has been brought across from Richmond to help with some inside work. He will frustrate with some of decision making. Will David Mundy spend less time forward with more options at Lyon’s disposal there now, and become predominantly a midfielder again? Like Shaun Burgoyne at Hawthorn, he is Freo’s Mr Fixit, capable everywhere and cool in a crisis.

Brad Hill and Ed Langdon are the preferred wingmen, and their run and carry will be more vital than ever if the Dockers are to make gains in their attacking game.

Then you’ve got the younger brigade, where natural improvement should come from – Bailey Banfield, Andrew Brayshaw, Darcy Tucker and Adam Cerra. Can one of these announce themselves as the number two man behind Fyfe in the middle?

Sean Darcy should be the preferred ruckman, even if Sandilands is fit. He’s an enormous 20-year-old, and with 15 promising games under his belt, has shown that he can become one of the best in his position.

Run from defence shouldn’t be a problem for Freo with Nathan Wilson and Stephen Hill behind the ball – will Ross Lyon let them unleash their attacking flair? Both are good kicks of the football, Wilson is exceptional, so they could be pivotal in any rise up the ladder for the Dockers.

Luke Ryan is one who could be impacted by the 6-6-6 rules, given he has often been used as a loose man in defence. How Lyon will structure up, in order to release him in general play, is one of the questions to be answered. 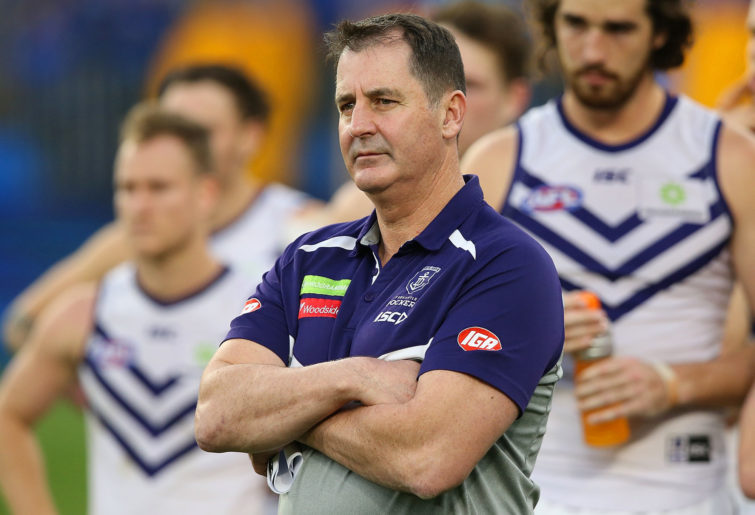 In the key defensive posts, Joel Hamling has been good for Fremantle since moving across from the Dogs, presumably carting his premiership medallion with him. Improvement can be expected from Alex Pearce after playing his first full season last year after missing all of 2017 and over half of 2016 with leg issues.

One of the biggest problems at the Dockers is the lack of quality that was secured at the national drafts from 2009-2012. These are the 24-28 year olds that are in the prime of their career, and Freo has only a single player on the list from the combination of these drafts that they themselves selected.

Players they’ve secured from other clubs from these drafts contain Shane Kersten, Bennell, Conca, Colyer, Hamling, Matera and Brad Hill. It’s not the most inspiring collective.

There are a lot of “ifs” around many sides at this time of year, but particularly around those that struggled last year. Fremantle has as many if not more than most. Home ground advantage is on their side, as is an opening three rounds that gives them a chance to build momentum.

The absolute optimists could have them pushing for a finals berth if all the “ifs” go their way. But they can’t be trusted, and it’s more likely they’ll get worse before they get better.