Alright, how about a bit of positivity for a change?

While we’re still the better part of a month away from proceedings kicking off for real, six trials this weekend coming on the heels of the All Stars match last Friday has us ramping up to the 2019 NRL season.

The outcome of these games may mean precisely zero in the pursuit of this year’s premiership, but they’re a welcome reminder that rugby league is about more than drunken antics and criminal charges.

It’s also a game played by tremendously skilled yet tough athletes, where the smallest bloke on the field is often capable of pulling off bone-crunching hits, while some of the biggest fellas can throw beautiful, 30-metre cut-out passes.

Every now and then, it’s worth reminding ourselves that while few people outside the eastern seaboard of Australia and England’s north have heard of them, the NRL’s top-tier players are consistently among the best athletes in the world.

And we get the chance to see them do their thing, in the flesh, each weekend. It’s not a bad lot.

So in the spirit of talking the game up (sometimes we can utter words without saying “hashtag” beforehand), here are five things I’m looking forward to this season.

5. The real battle when the Roosters take on the Storm
While you always want to watch two of the top teams squaring off, the grand final replay isn’t the reason I’m eager to see these two sides face up in Round 7.

I’m amped to see the Roosters travel to AAMI Park on April 19 because it’s set to be the next chapter in what was the most thrilling personal battle of 2018.

Yep, it’s another round of Latrell Mitchell taking on Will Chambers.

Last year was a classic case of young bull vs old bull, and I don’t think anyone would disagree that – with both an Origin series and a grand final win to his name – the 21-year-old from Taree was the emphatic winner. 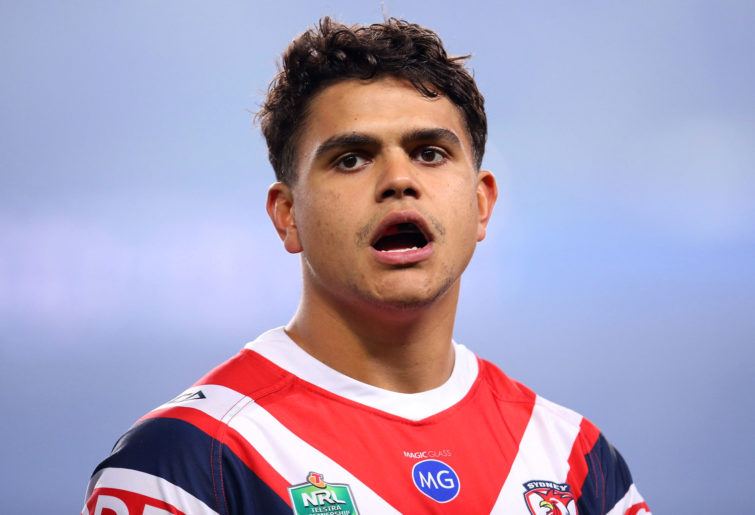 Latrell Mitchell of the Roosters. (Photo by Jason McCawley/Getty Images)

But while at such a young age Mitchell will only get better, you’d be a fool to write off Chambers.

In fact, the reason I so enjoyed ‘Trell give the Queenslander a proper hiding was because Chambers has been so dominant for years.

His speed, his size, his fend, his mouth – Chambers is the complete package, and his pool room has virtually every prize that’s worth winning.

He may be closer to the end of his career than the start of it, but you’d be a fool to write Will Chambers off. He’ll be eager to get one back on the kid who’s taken his Australia jersey.

For the record, I’m predicting Latrell to again emerge victorious in their battle – but it won’t be because Chambers lay down and let him win.

4. Des Hasler-isms
No one gives a better quote in rugby league than Des Hasler. No one.

So I was pretty devo when the Bulldogs punted the Mad Scientist after the 2017 season.

The fact he got the sack after missing the finals once during his entire time at Belmore was also kind of upsetting – but mostly I was bummed that there would be no gems like calling the referees “Voldemorts” after an edict saying coaches weren’t to criticise the whistle blowers.

Or his classic response to a journalist who asked whether it was his birthday: “No comment.”

Many of his best efforts don’t translate that well to the written word, but he can send a room into hysterics with a raised eyebrow, often without so much as a curl at the side of his own mouth to indicate he’d done anything remotely humorous.

Oh, and he’s also one of the greatest coaches of the 21st Century. He’s Sea Eagles through and through, so it’s great to see him back at the helm for Manly.

I can’t say I wish his team well – hating Manly is kinda what we do here in the Hunter – but I’m stoked that Des is going to be part of the game on a week-to-week basis again. 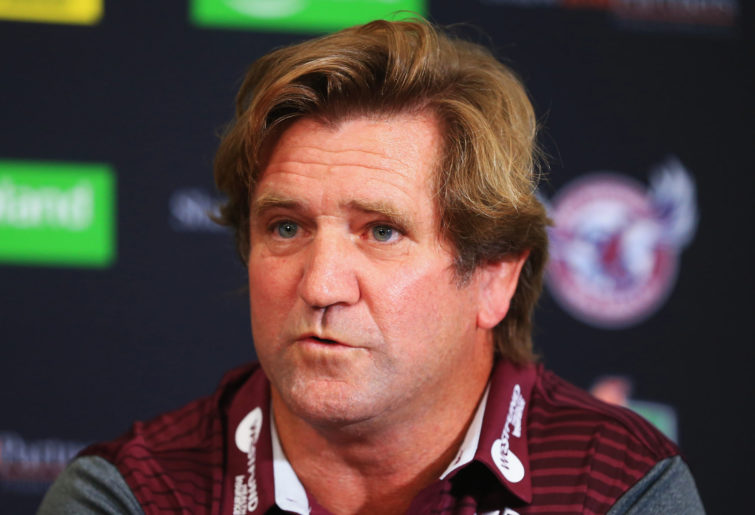 3. Magic Round
Round 9 this year is the NRL’s inaugural Magic Round, with every match being played at Suncorp Stadium.

The English Super League have held what they call the Magic Weekend every year since 2007, and now we’ve finally got our act together to have one here in Australia.

Eight games at a single ground over four days – oh, and you can get a ticket to all four days for under $100 (well, slightly over after you pay the booking fee).

Plus proceeds from the opening night – Thursday May 9 – will go to charity.

Remind me again why the Magic Round was such a hard sell?

This is going to be a huge money-spinner for the game and the city of Brisbane. If the NRL are smart, they’ll turn it into a Super Bowl-style event, selling it to the highest bidder – and they’ll get millions per year for it too, given the influx of tourists it should attract.

2. State of Origin
I love Origin. It’s the best footy in the world.

I know we’re supposed to say that the international game is the peak, but it’s just not accurate, is it? Origin is rugby league at its ferocious finest.

And after years of Queensland dominance – with like seven series in a row still featuring the Maroons saying, “Nah, youse are the favourites for sure” – NSW hold the shield for a welcome change.

Dare I say it, I think the Blues will deserve favouritism in 2019. And I love the way Brad Fittler has his team playing – and just the general vibe Freddy brings to proceedings.

But part of the great appeal of Origin is that Queensland never pay attention to the bookies – and their production line is, frankly, ridiculous. 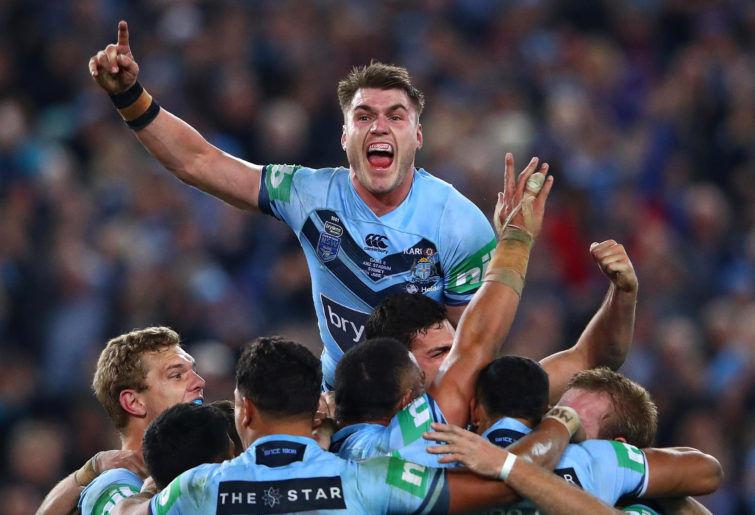 Billy Slater’s not going to be there this year? Okay, do you want Cameron Munster, Michael Morgan or Kalyn Ponga at the back instead?

Oh, and speaking of young KP…

1. Kalyn Ponga at 6
Ponga’s switch from fullback to five-eighth has been one of the most debated subjects of the off-season.

After a breakout year playing at the back, why would the Knights tamper with what is clearly a very good thing?

On the other hand, Newcastle’s win against the Panthers – with KP at five-eighth – at the end of 2018 showed how good the team can be with the young gun a bit closer to the action.

While both arguments have merit, I reckon Nathan Brown had the definitive say on the matter earlier this week:

Not going to play any different – music to the ears!

All up, it’ll be a net win for the team, because while KP will be amazing wherever he plays – kid went on at lock in his Origin debut and tore it up, so he’ll be right at 6 – Connor Watson looks better at the back than in the halves.

While the addition of Tim Glasby, James Gavet and – especially – David Klemmer over the summer has the whole town excited for the upcoming season, the fact KP wears red and blue is very much the jewel in the crown. He’s the most exciting talent in the game.

The Roar’s experts may have recently rated him the sixth best player going, but the 20-year-old looks destined to lock up the No.1 spot soon – and for years to come.