“The past is a foreign country. They do things differently there.”

So the saying goes. And in the case of the Western Bulldogs, it’s certainly the truth. The dizzy heights of the 2016 premiership seem like yesterday in some respects, but a long time ago in others.

The Dogs kick-started the current trend of surprise flag winners, the first of three in a row. Prior to that we saw Hawthorn and Geelong share seven of the previous nine premierships, with perennial contenders and top-four finishers Sydney and Collingwood snaring the other two.

Since the flag, the Dogs are the first club this century to miss the finals in the two years subsequent to winning one. Whether through accident or design, it’s almost as if they started a rebuild immediately after.

15 of the Bulldogs premiership team is still on the list, but only 12 have made the best 22 below.

The Dogs are a hard team to nail down a positional 22 for, given Luke Beveridge’s penchant for moving players around.

Beveridge appears to have an obsession with flexibility, while critics would call it instability. What an embarrassment it was to see Easton Wood, one of the best defensive interceptors in the game, flail around the forward line early last year. And to emasculate your captain like that was bordering on insanity.

What the Dogs do have is a team of mid-sized runners, and this is even after losing the likes of Luke Dahlhaus and Jake Stringer to trades, and Shayne Biggs and Clay Smith to early retirements in the last couple of seasons. They have very few specialist position players among this brigade, complemented by a group of talls that all have their limitations in one way or another.

After just one season, Aaron Naughton looks like being the best of these, and it’s something of an affront that he didn’t poll any Rising Star votes last year. He was manful down back as an 18-year-old, and finished the season particularly strong.

Josh Schache showed more promise than he did at Brisbane, but that may just be a by-product of more experience. High draft picks are harshly judged, and the lack of obvious intent in the way he plays the game doesn’t help sway the critics, but he is still a development player.

Tom Boyd is the nominal ruckman, but hasn’t approached anywhere near the heights of his magnificent grand final performance in 2016. He’s had his issues, both physical and mental, and is currently on ice with a back injury. Tim English moves well for a young ruckman and should get more games if he can stay fit. He plays with an intensity that Schache does not.

Zaine Cordy is a just a player, but is also young enough to become something more. Jackson Trengove’s best work at Port was as a centre-half back, but was asked to play in all areas of the ground in his first year at the Dogs – Beveridge once again incapable of settling a player in a position.

If the Bulldogs are going to contend for finals once more, it will be off the back of their ball-winners and play-makers.

Tom Liberatore will be welcomed back after doing his knee in the first quarter of Round 1 last year. Clearances weren’t a problem at the Dogs last year, ranked second in the competition, but scoring from them was, ranked 12th. 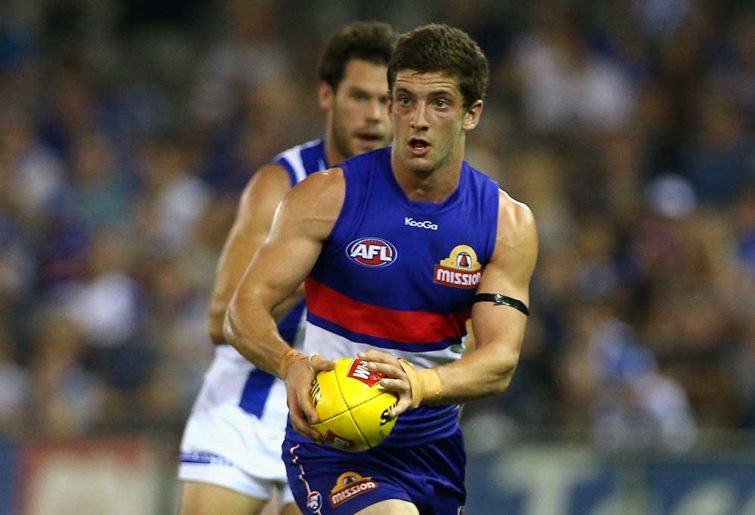 In Libba’s absence, Jack Macrae became far more of an inside player, so may go back to a more outside game. He has always been able to rack up big numbers, but whether his team gets the most bang for their buck through him is the question.

Lachie Hunter is the pure wingman of the team, also gets a lot of the ball, and has a handy knack of finding a pocket of space forward of the ball.

Toby McLean and Josh Dunkley are the resident hard nuts who both made gains last year, even as their team went backwards. Dunkley is a great size for a midfielder, and uses that to his advantage when in the forward-line. Once he got his midfield chance in the second half of the year, he took it.

Mitch Wallis is one that has possibly become a bit marginalised with the rise of McLean and Dunkley, but is both consistent and clever.

Marcus Bontempelli is the superstar of the midfield, and we’ll see him written about later in the week as part of The Roar’s Top 50. His is by far the most damaging and creative player on the Bulldogs list, but spent too much time deep forward in losing teams last year.

It’s always a hard balance to strike when you’ve got a player that is a gun both forward and in the middle, and the Dogs do have trouble kicking goals.

The Bont does help with that, kicking multiples eight times last season. But he can create more goals sending the ball inside 50 on angles no-one else can see; better that than cooling his heels in the goal-square for five minutes at a time with the ball nowhere to be seen.

The Dogs have beaten one top eight side in their last 35 matches. Bontempelli is a weapon that can help them do it if Beveridge can get the balance right.

The return of Matthew Suckling will help the Dogs’ ball movement from the back half. Ed Richards, like Naughton, was outstanding in his debut season and has a touch of magic.

Sam Lloyd was brought across from Richmond to add to the mix of players that can rotate through the middle and forward, not that there was a shortage.

Bailey Williams started to hit his straps as a rebounding defender, so of course Beveridge threw him forward late last year. Jason Johannisen is another that has been moved around, despite his clear best footy coming as a running halfback.

Caleb Daniel is the best decision-maker at the Dogs, or at least on par with Bontempelli. The more the ball is in his hands, the better off they are. Hayden Crozier had the best year of his career after six years at Fremantle where he never quite found his niche.

The Western Bulldogs won the 2016 flag with their versatility, but the further time goes on the clearer it becomes that they clicked and rode a hot streak for a four week period that just happened to coincide with finals.

This is not to denigrate their 15-win 2016, only two less than top placed Sydney, or their achievement. They were defensively outstanding that season, but found their attacking game in September.

Richmond in 2017 and West Coast in 2018 were also surprise premiers, but both teams did so off the back of clearly defined roles for individuals and structures within the team. If backing in something for the long term, this method seems more sustainable than Beveridge’s constant swapping and changing.

The Dogs were a young side winning the flag, and are still a young side now. There is too much against them when it comes to making a push for finals once more.