Four things we learnt from the first preseason test

Formula One teams get just eight precious days to test their 2019 machinery ahead of next month’s season-opening Australian Grand Prix. At the halfway mark, we can begin to draw some broad-brush conclusions.

Of course reading too much into preseason testing results is a mug’s game — fuel load, engine mode, car configuration and track conditions make the leaderboard an unreliable indicator of true performance — but a reading of the times and lap counter against the mood of the team and its expectations hint at the beginnings of 2019’s narratives.

Beware the Prancing Horse
Ferrari is the team with most reason to smile after showing positively on every meaningful testing metric last week, lapping consistently near the top of the time sheet and setting 598 laps.

But perhaps the best sign of the Scuderia’s progress since its bitter 2018 championship collapse is the positivity in the team itself, with both Sebastian Vettel and Charles Leclerc speaking glowingly about the SF90.

“Unbelievable,” Vettel enthused at the end of the first day after completing 169 laps. “How [the team] tackled the new rules and regulations and what they put on track today is very close to perfection on the first day of driving.”

Mercedes has been similarly pumping up Ferrari as the team to beat at this very early stage of the season, and some suggest the Silver Arrows may not have extracted enough from the regulation changes, but Ferrari tifosi would do well to exercise caution.

Mercedes tends not to focus on outright performance during testing — for example, at the end of last year’s preseason it was only seventh fastest. So far this appears to be the case in 2019 too, with the reigning titleholder prioritising race simulations on harder compound tyres over qualifying runs.

That said, Valtteri Bottas has admitted the team is struggling with balance problems, which he hopes will be rectified by an upgrade this week, giving credence to the theory that Ferrari might have earned itself a jump over its rival in the championship battle. 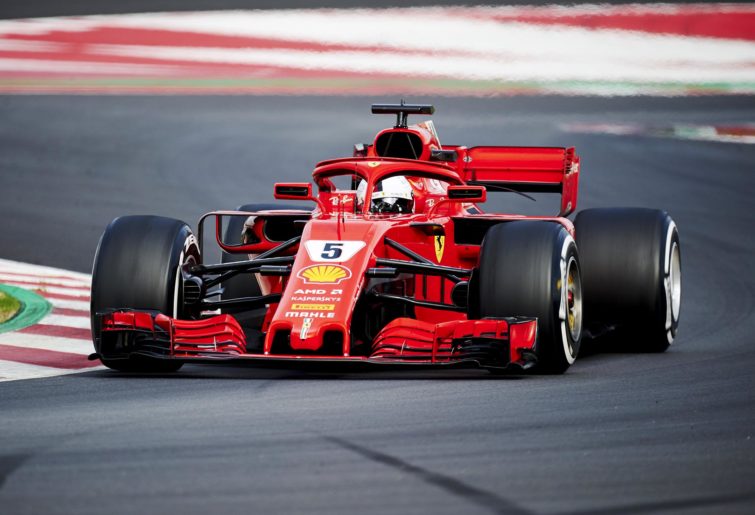 Sebastian Vettel racing around the track. (Photo by Pablo Guillen/Action Plus via Getty Images)

The jury remains out on Red Bull Racing-Honda
Much interest surrounds the 2019 marriage of Red Bull Racing and Honda, and although all the sounds coming from the RBR camp are overwhelmingly positive, no definitive answers can yet be drawn.

For one, Red Bull Racing’s praise for Honda has been too positive. It’s difficult not to read the effusive review of the Honda power unit as a final dig at Renault after finally exiting its unhappy power unit supply deal. While Christian Horner’s description of the engine installation as “a thing of beauty” and Helmut Marko’s boast of the team’s best-ever preseason may have their roots in fact, they are surely tactically exaggerated.

Further, while the Honda power unit performed well, this comes with the major caveat that no-one turned the wick up on their engines in the first four days of testing, flattering any underpowered motors. Moreover, if the power unit is operating well within its performance limits, reliability is unlikely to be truly tested.

The signs are good, but this week’s test will provide a more accurate assessment of progress made.

The midfield is looking punchier than ever
F1’s always competitive midfield not only looks as tightly contested as ever, but it may even be closer to the front too.

Renault seems to have taken the largest step of all, moving much closer to the top three teams despite its high-profile rear-wing failure early in the test. The fastest lap of the test did it no harm, and though it is unlikely to be in victory contention, its bold target of being a chance for podiums has been backed by its on-track form.

Alfa Romeo has kept up its impressive end-of-2018 momentum, while Haas appears to be recapturing some of the form it demonstrated early last season, albeit tempered by a series of frustrating reliability gremlins, foreshadowing what could be one of the midfield battles of the season.

Racing Point will likely join in on this scrap despite its underwhelming start to the preseason, borne of the team falling into administration last year, affecting preparations for this year’s car. It has upgrades planned for the start of the season, and a funding boost from the new ownership will surely see this already super-efficient team enter back into the mix.

A question mark remains over McLaren, which is settling into its restructure brought about by 2018’s dramatic underperformance. New drivers Carlos Sainz and Lando Norris have been speaking positively about the MCL34 as an improvement on last year’s difficult machine, but the team is steadfastly keeping its head down as it begins its recovery.

Williams rounds out the ten teams, though including it in the midfield comes with an enormous asterisk. No conclusions can be drawn from its almost three-day delayed on-track appearance, but the fact the team is engaging in a sweeping review of its processes and has so far refused to bat away rumours surrounding the ongoing tenure of technical director Paddy Lowe says plenty about where it is likely to be competing this year.

The cars will be fastest despite the regulation changes
All of the above conclusions come with the substantial disclaimer that preseason testing data is notoriously unreliable, but one thing that can be said with relative certainty is that 2019’s cars will be quicker than last year’s models despite the regulation changes that should have robbed the teams of around 1.5 seconds per lap.

That fastest time of the first four days — Nico Hulkenberg’s 1:17.393 — is a touch over 0.2 seconds slower than the quickest time set across all eight days this time last year.

The weather and track conditions are both much improved this year, but all signs suggest the sport’s aerodynamicists have managed to claw back that lost time without hindering the aim of the rules to help cars follow one another more closely, a rare win-win result.