The rise of Rainbow Six Siege in Australia

Rainbow Six Siege recently had its big invitational coinciding with the release of some Australian content.

The prize pool was the largest yet for the game which consisted of a total of $2 million (USD) part of which came from the community. Better yet the Australian group FNATIC managed to place in the top eight for the competition securing $80,000. 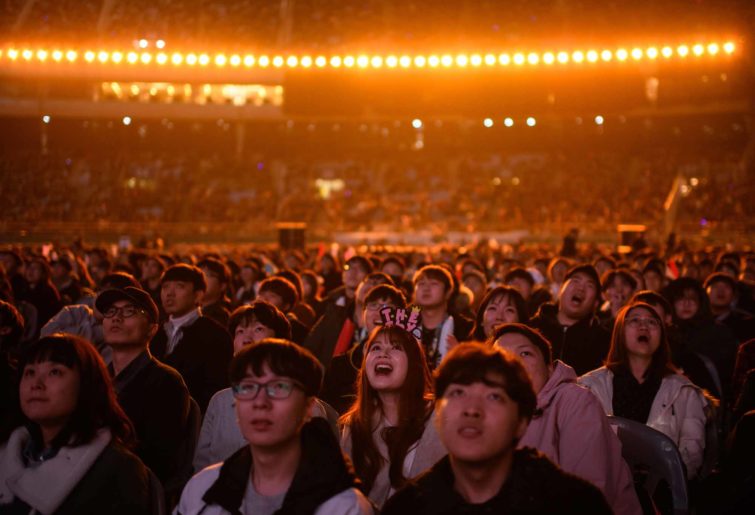 We had some prominent members in the scene answer some questions about the game, the competition, and the state of Australian esports.

I asked these pros what drew them to Rainbow Six Siege in the first place. In a world populated with so many different kinds of FPS I wanted to know why they’d choose this one over things like Fortnite, COD, Overwatch, or CS:Go.

The general consensus is that this game is more about strategy than inherent mechanical skill. Coaches Jayden ‘Dizzle’ Saunders from Fnatic and Uyen Pham from Mindfreak both agreed that strategy and team coordination play a key roll in Siege which can make it more accessible.

From a player perspective, Kaya ‘Loona’ Omori cited the depth of the game as opposed to other more straight forward shooters.

“Siege has many layers of details to it which you need to learn about compared to Call of Duty for example where I came from. Destructible maps, audio queues, differing utility, armour versus speed, and most importantly team play.”

Loona explained, adding “Unlike CS:GO the strategies are very flexible and some things will work on some maps or against certain teams, so teams always need to be able to adapt on the fly and really know what to do.”

As esports grows I also wanted to know the difference in the competition in Australia compared to overseas. As Siege is a newer game compared to many esports the bridge between overseas competition doesn’t seem as dramatic but there’s still plenty we need to improve on in this country.

All parties, of course, brought up Australia’s inherent distance and internet issues as being a hurdle for the growth of all esports with Loona explaining “Australia isn’t as exposed to Siege and the teams aren’t as good as they are in other regions. ANZ is restricted by being so far away from other counties that it’s too difficult to scrim other regions and learn their play styles/strategies and thus improve. ”

Fnatic couch Dizzle agreed explaining “The struggles we face in Australia are poor infrastructure in our internet, a small population and an archaic approach to a lot of developments within our country. I’d like to see our government look further towards the future. In our local R6 scene I would like to see more professionalism and more support offered to those players that conduct themselves deservingly in game and out”

There’s also the issue of players being spread all over the country and in some cases with oceanic competition, this can expand even further. I asked about the rise of training camps and other facilities and whether or not they believe these will help.

While Dizzle emphasized that international competition would be more beneficial both Loona and Uyen said these were a positive move for the industry and can help teams form stronger bonds.

As previously mentioned, Seige has also added some special new Australian content. While I absolutely believe that this kind of representation will get more casual Aussies on board with the game – if only out of brief curiosity, I wanted to know how the pros felt about this, or if it was just seen as a gimmick.

Mindfreak’s Uyen seems all for the idea saying “I definitely think Australian content in the game will help the scene. It’s always really cool to feel like your region is acknowledged by game developers and it’s definitely exciting to see some Australian content for all the Aussies who already play the game.”

She also added that this kind of thing has helped other regions in the past, explaining “From what I know, Operation Skull Rain and Red Crow, which introduced Brazilian and Japanese operators into the game, increased interest in the game in those regions so hopefully the new content in Burnt Horizon will do the same in Australia.”

When it comes to rewards, Dizzle believed the large prize pool like what we saw in this recent invitational helped bring spectators to the event and while Loona said that players still competed for the love of the game beforehand, she and Uyen both agreed that the larger pools created greater incentive for players to work harder.

I asked about the other reasons that would bring spectators to watch Seige as I’m always interested to see how easy players think the game is to watch, rather than simply play. I found it interesting that Dizzle, Loona, and Uyen all had different answers to this question.

“Our casting crew is very good. We have seen people from all over the world watch the
esports events and love it. Siege is a very easy game to follow with little to no exposure. We
say, it’s an easy game to learn and a hard game to master.” said Dizzle.

Loona also said she thought the game was fairly easy for beginners to follow, explaining “Spectator view is a really cool feature which shows you mostly what’s going on with birds eye view and player view, not sure how it is with other games honestly but it’s easy to explain then to people who don’t know the game with the colour coding, utility list, operators along the top and team tags.“

“Having game knowledge definitely helps you appreciate what is happening when
spectating Siege.” Uyen said but added “However, I don’t think it’s too difficult to follow with little knowledge of the game.”

“The majority of the action in the game revolves around a player shooting another player with guns or other easy to understand mechanics like traps and explosives, so it’s not too hard to see what is going on.

“Compared to flashy games like LoL or OW where there’s a lot of flashy things happening on screen and huge team fights, Siege has a lot of one on one gunfights making it easier to keep track of what is happening. It’s a good esport for spectators because the way the game works makes it easy for viewers to appreciate good plays when they happen whether it be good gun skill or smart outplays.”