Carlton: A light-hearted look at the Bolton/Walls relationship

Early last year when the Blues were struggling, actually make that all year, the bunker bandits at Carlton decided their coaching prodigy needed a mentor and a confidant to help squeeze every last bit of talent out of the mighty Blues.

Following a lengthy and detailed assessment process for potential apprentices, they eventually gave up and tossed a carton of Carlton Extra Dry at Robert Walls and that did the trick.

Walls was keen to come on board as soon as possible, hoping he could re-live, in part, his halcyon days of the 60s and 70s. This was seen as a positive move by the Blues and it also meant they wouldn’t have to suffer any more of Wallsy’s tomes about how pathetic and incompetent they were.

So the seed was sown and green shoots were everywhere, the next thing they had to do was tell Brendon Bolton who the hell Robert Walls was. 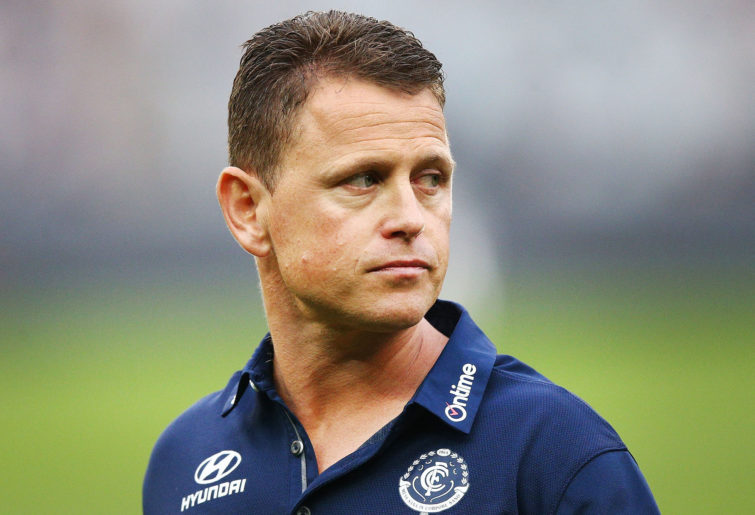 Apparently when the Blues notified Walls of his appointment he gave them a bit of clip behind the ear and told them that just because most other clubs had to accessorise with an Alistair Clarkson reject, there was no need for the Blues to have gone down the same path.

There was collective agreement on this point but the damage had already been done so they just decided to live with it.

When the news was delivered to Bolton it wasn’t taken too well, although the other kids he was playing with thought there was merit in the idea.

The Blues brainstrust were really on a roll and decided that Bolton’s evolution would be best served by sending him off to Harvard to improve his leadership skills.

If anyone can teach us anything about diplomacy, leadership, fair play and the competitive spirit it’s our allies on the other side of the world. Deprogramming should be completed prior to Round 1!

It’s understood that Walls was also offered a placement in the same program as Bolts but declined because he said he didn’t like the weather in Tasmania.

High on the list of issues to be addressed by mentor and apprentice was Bolton’s media presence, or rather, lack of it.

Walls told Bolton he needed to treat the media with less respect, a formula that had worked so well for him. It’s further understood that Walls told Bolton that while it was acceptable for men to cry, that didn’t include post media sessions after a belting.

Bolton apparently struck back and said he didn’t care what the media thought, Carlton was still a good place to be except during the footy season.

The goss coming from Ikon Park is that the two are starting to bond particularly well buoyed by a successful recruiting campaign in 2018.

High on Wallsy’s agenda is the reincarnation of the psychological program he introduced at Brisbane to instil a tougher and more resilient mind set into the players.

Proof of the symbiosis is Bolton’s enthusiasm for the program and he’s putting his hand up to be a participant. It has been reported that Walls saw this as critical to Bolton’s development, apparently the correct terminology is ‘stremplification’, whatever that means.

After yet another disastrous season for the Carlton army with another coach getting sacked, Carlton elected to sign caretaker coach David Teague, who won six out of a possible 11 games, to a three-year deal late last season. 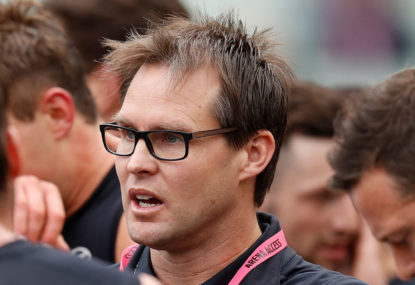