Having extra motivation when you are hosting a do-or-die semi-final in your city’s first finals appearance in 11 years is hardly required, but if the Bullets did need any then there’s plenty there for them.

The natural motivation of having to win to stay alive should be plenty. Then, having to bounce back from a 30-point defeat in Perth on Thursday where you scored just 19 second half points – including an equal lowest-ever four points in the last quarter – gives plenty more.

Then, playing in front of the biggest Brisbane crowd in more than a decade as well is sure to be a spur on an afternoon where Mika Vukona, Jason Cadee and Cam Gliddon all reach significant milestones.

Vukona will play his 450th NBL game, Cadee his 250th and Gliddon his 200th as the trio aim for a day to remember where they can celebrate their milestones together, win and set up a deciding Game 3 against the Wildcats in Perth on Monday night.

The job is ahead of the Bullets and history is against them, with no team having ever lost a Game 1 to end up winning a series. Only one team has ever lost a Game 1 by 30 points or more and come back to win Game 2 and that was the South East Melbourne Magic back in 1997.

Gliddon knows that winning to keep their grand final hopes alive is motivation enough, but he’s proud to be sharing the milestone stage with Cadee and Vukona.

“You don’t need any extra motivation for a semi-final Game 2 at home but if you need any then there’s plenty right there for us,” Gliddon said.

“I’m really happy to be a teammate of Mika, he’s a great player and leader, and he’s just done so much in the league. I love playing with him and he makes the game so much easier for me. And with Jase playing 250 it’s crazy because he’s younger than me but has played 50 more games than me.

“He’s more of a vet than I am but he’s younger so it’s kind of funny but he’s a great player too and I really enjoy taking the court for him. I hope that for him, for Mika, for myself and for the team and everyone involved that we can really do something on Saturday to get the job done. I’m looking forward to it.”

As disappointing as Thursday’s loss in Perth was after only trailing by a point at half-time, Gliddon has full faith that the Bullets can turn things around to win at Brisbane Entertainment Centre on Saturday to force the decider back in Perth.

“It’s obviously disappointing that we lost but we’ve got to move on and it’s the playoffs, you can right your wrongs pretty quickly,” Gliddon said.

“There’s not even two days before you play again and we are going into this next game positively knowing we play well at home and that we’ve played them well at home. I believe we are going to get the game and I think everyone else believes that too, we are high in spirits.

“AJ (Davis) did really well on (Bryce) Cotton and I think we played him as well as you can play him, he just ended up at the line somehow every time. But AJ did well against him and I thought we played really well the first half but we let a couple of things get to us in the second half and kind of lost our way.

“But we can change those things and play well now in the next game despite that. You are disappointed about that game but you have to let it go quick and move on. I think we’re doing that.” 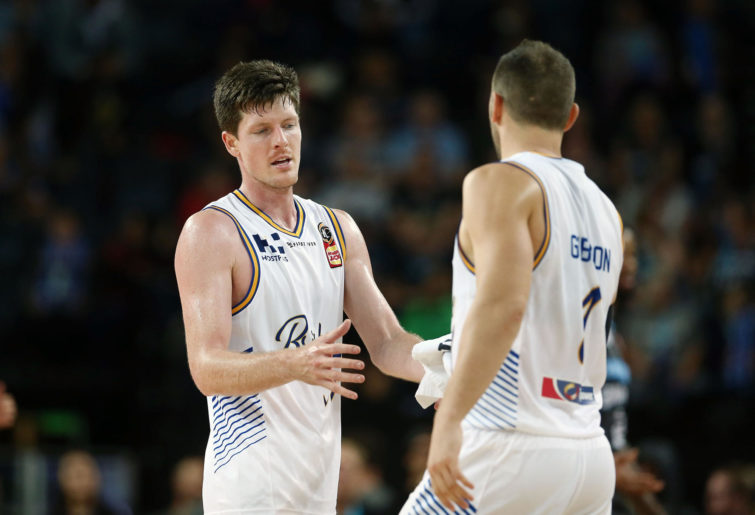 Cadee, like Gliddon, is in his first season with the Bullets having previously spent two seasons with the Gold Coast Blaze, two with the Adelaide 36ers and four with his hometown Adelaide 36ers.

The 27-year-old point guard now reaches 250 NBL games on Saturday and while winning to stay alive is his focus, given a car accident nearly ended his career before it started, it is a chance to reflect on the journey.

“In my first season I played 16 games and it was hard to get through, I could barely walk after some games and my hips would lock up. Joey (Wright) and everyone was so good to me in those first few years and from my second season on, I’ve been pretty close to injury-free apart from a couple of little things.

“I’ve been pretty fortunate to be around good people who have helped me take care of my body. I sit there now and look at people like Gibbo (Adam Gibson) and Mika who have played 400 and 450 games, and you have to admire people who get to those marks.

“One of the coolest things for me is that I sat around as a kid around the Razorbacks with my dad and watched guys like Sam Mackinnon, John Rillie, Derek Rucker and all these players play numerous amount of games.

“In my head I just wanted to play in the NBL and when you do look back and think that it was almost done before it started, the fact that I get to play 250 games now and be in a playoff series and doing it in a league that is growing and growing is a pretty cool thing to think about.”

Then there is legendary hard man Vukona. Already the most experienced current player in the league with the most finals wins and championships to his name, he reaches 450 NBL games on Saturday.

He is doing so with five championship rings already and 25 finals victories to his name but his motivation for more remains as strong as ever.

That’s why he is coming into this finals series with the attitude that he’s won nothing previously in his career.

“To me I haven’t won anything before coming into this series. This is a new club and I know it’s a cliché, but it has been a long time between drinks for me, way too long. It’s about learning about how to win now in this generation with these players,” Vukona said.

“You have to learn a different way of how to win and you know how it used to work, but it’s about how you adjust and how as a unit you can do that on the fly. Obviously you’ve got all the blokes training and everything you do as a group through the season, but it’s a whole new thing now.

“That’s the thing that really drives me as a player is that you learn different things along the way and what better way than trying to win a championship with a new club who are trying to establish themselves to get back to the old days. It’s an awesome feeling to be part of.”