Who's hot and who's not after the F1 preseason?

There’s only so much you can do with eight days of testing two weeks out from the season opener, but with tens of thousands of kilometres of running completed, we’re starting to get an idea of what to expect for the Australian Grand Prix.

Some teams will have left Barcelona quietly confident that their off-season toils will deliver spoils and the midfield looks pleasingly poised to deliver another season of close racing, but at least one team has come away with devastatingly little steak after European winter of much sizzle.

So, who’s hot and who’s not in Formula One?

Hot: Ferrari
You probably saw this coming after Ferrari’s supremely confident first four days in Spain, but the Scuderia, derided for its inability to seal the deal in 2018 despite having the fastest car most of the year, have started 2019 in fine fettle.

Faster over a single lap and over a race distance, the only real blot on Ferrari’s testing copybook was Sebastian Vettel’s day-six crash triggered by a rim failure. Late-day exhaust and electrical problems also curtailed running on the final two days, but Ferrari still recorded the second-most laps of the test.

That said, the Italian team was flattered by Mercedes, which struggled to come to grips with its car early in the test. An overhauled aero package in the second week got the team close on single-lap pace and began the catch-up process, but they still have their work cut out ahead of Australia.

Not: Williams
Things improved for Williams between the two four-day test sessions, but only marginally. Chief technical officer Paddy Lowe says his team executed its testing programme despite running just 567 laps — fewer than half Mercedes’s total — but even so the car remains woefully off the pace.

Robert Kubica, returning to the sport after an eight-year absence, said he knows “20 per cent of the things that I should know before going to Australia” and lamented he hadn’t had the chance to complete more than 15 laps at a time.

The car is at least an improvement on last year’s as far as stability is concerned, but the outcome seems destined to remain unchanged, with another back-of-the-grid season on the horizon.

Hot: The entire midfield
As discussed last week, the midfield looks close again in 2019, but predictions for the six mid-grid teams are difficult to make.

Renault has been quietly confident that its strong off-season, including its biggest-ever step in engine performance, will be enough to score some podiums and secure fourth place, but Haas has also improved, albeit despite a litany of reliability problems afflicting it during testing.

Alfa Romeo and Toro Rosso will both grow in strength, the former as it becomes established with solid financial backing and the latter as its closer technical ties with Red Bull Racing begin bearing fruit. Even Racing Point, despite its weak testing showing, will be much improved as early as the Australian Grand Prix thanks to a substantial upgrade package expected in Melbourne.

Can McLaren work into the mix, and can Williams pull themselves any closer to the rest? It’s a great set-up for another tightly contested midfield battle.

Lukewarm: Red Bull Racing
The most difficult team to read this preseason has been Red Bull Racing, which hasn’t had much of a chance to push the boundaries thanks to some big crashes and related unreliability issues.

No qualifying or race simulations were conducted — Pierre Gasly had just started a long-run simulation when he crashed heavily on the penultimate day, his second major smash of the test — and the team completed only 50 more laps than it did last season, when it lost a whole day to snow.

The lack of representative running adds asterisks to the positivity coming from the team about the smoothness of its partnership with Honda — it’s worth noting here too that Toro Rosso completed just 11 fewer laps with Honda this time last year — meaning we’ll only know for certain where the package stands once the sport arrives in Melbourne. 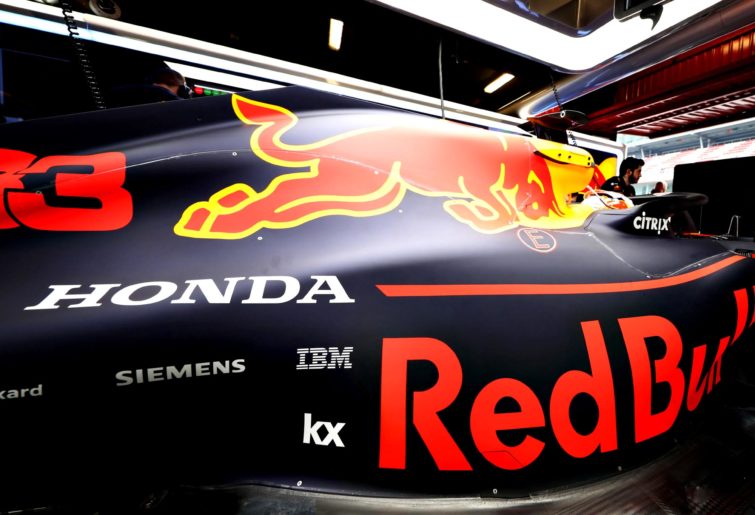 Hot: Rookies
The F1 grid has undergone a seismic shift in 2019. Of the 20 seats available, 12 have switched occupants since last season and four have been won by rookies. Pleasingly, the high level of competition between the teams is reflected in the pool of driver talent.

For the first time since 2009 the top three finishers in the Formula Two championship will graduate to Formula One — champion George Russell will race for Williams, runner-up Lando Norris will race for McLaren and third-place-getter Alexander Albon will race for Toro Rosso.

The triumvirate is joined by 2016 GP2 runner-up Antonio Giovinazzi, who will finally make his full-time Sauber debut two years after replacing Pascal Wehrlein for two races as Sauber’s reserve driver.

All three have thus far acquitted themselves well, particularly given none is stepping into a frontrunning car, and with all up against known-quantity teammates — Russell perhaps excluded given Kubica hasn’t raced in eight years — they will all be eager to make a mark immediately.

Not: Cigarette advertising
One of the stranger preseason stories has been the unlikely resurgence of tobacco-linked sponsorship in Formula One.

Both teams have come under fire for the deals. According to The Age, the commonwealth Department of Health, Victoria’s Department of Health and Human Services, and the Australian Communications and Media Authority are investigating. The European Union says the deals “require further close examination,” as per RaceFans.

Are these inquiries enough to stem the rise of tobacco-linked sponsorship in the sport? It’s hard to say for certain, but the FIA has since confirmed Ferrari, previously entered into the championship as ‘Scuderia Ferrari Mission Winnow’, has dropped the sponsorship from its official name.