The formula that reveals the 2019 Cricket World Cup winner

In less than three months, the 2019 Cricket World Cup will start. Listen to the fans’ tips, and England are the overwhelming favourites, followed closely by India.

The 2019 World Cup only features ten teams, with every side playing each other in the round-robin format. The top four teams enter the semi-finals and winners progress to the finals.

ODI cricket has been dominated by England and India for the last two or three years, often compiling scores above 350 in the first innings or chasing a similarly mammoth total in the second.

England has talent that bats very long and some late-order hitting by Jos Buttler, while India boasts Rohit Sharma and Virat Kohli, meaning both teams can confidently chase any total.

Australia has not been having a good time in the ODI format, and currently is only ranked fifth in the world. With the suspension of Steve Smith and David Warner, and with Aaron Finch out of form, there are many questions with their squad. The 15-man squad on the plane to England will be decided after the current tour of the subcontinent. 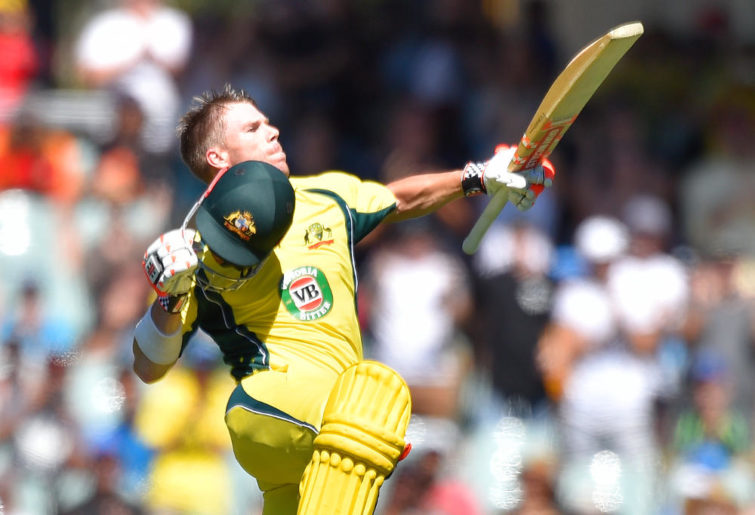 David Warner will return to the Australian fold before the 2019 Cricket World Cup. (AAP Image/David Mariuz)

With this year’s edition having a smaller number of teams and each team facing each other in the round-robin group stage, the first task is to get into the top four and qualify for the knock-out matches.

A minimum of six wins is required to reach the last four, or the team with highest run rate on five wins will qualify as the last team in the semi-finals.

My prediction is that the norm of 350-plus scores will not happen too frequently in the tournament. England has never won any World Cup before but is a three-time runner-up.

History may be pointing against England, although the hosts can be encouraged that Sri Lanka won in 1996 out of nowhere and India triumphed in 2011.

The winner of the World Cup will depend on these four factors.

1. Dark horses: Teams like West Indies, Pakistan, Bangladesh and Sri Lanka on their day can upset against some formidable opponents.

3. Slow-burners: Teams can start slowly and grow better throughout the tournament, such as Pakistan in 1992 and Australia in 1999.

4. Improvement: Since this is a two-month tournament, teams may be able to do some fine-tuning at the start of the tournament after one or two losses and time their run to reach the semi-finals. And who knows? One of the dark horse teams could string together two victories at the vital stage of the tournament to be the winner.

With swing conditions dominating the tournament, my take is team batting first will build its first innings total towards 280, and with good bowling attacks, that score will be enough to defend.

If Aaron Finch can regain his form, and the bowling attack of Jhye Richardson, Mitch Starc, Pat Cummins and Adam Zampa fires, then Australia will chase smaller totals batting second, or restrict the opponent from scoring a big total.

If Starc and Cummins can set the tone by taking quick wickets bowling first up, teams will struggle to make 250 and Australia can chase it down quickly.