Why you should be excited about F1's 2019 rookies

As much as the 2019 season is hotly anticipated as the next chapter of Ferrari vs Mercedes, important too is that it’ll be the very first chapter for a new crop of F1 debutants.

The change in the F1 grid has been seismic since 2018. Only eight of the sport’s 20 seats have remained unchanged. Of the 12 cars swapping owners, four now belong to rookies.

George Russell (Williams), Lando Norris (McLaren), Alexander Albon (Toro Rosso) and Antonio Giovinazzi (Alfa Romeo) will all make their full-time F1 debuts in 2019, and each one has a reason to believe they’ll make their mark on the sport.

Noteworthy is that the promotion of Russell, Norris and Albon marks the first time since 2010 that the top three from Formula Two/GP2 all graduated to Formula One — a terrific pub trivia question — while Giovinazzi was the runner-up to Pierre Gasly in the 2016 GP2 series.

However, though all four ended up as contenders in F1’s feeder series, their paths to the top were varied. Two arrive with fulsome junior CVs while two took more tortuous routes, fending off potential career-killers to finally meet their fellow rookies at the top.

George Russell and Lando Norris
Russell and Norris boast apprenticeships of distinction, having rocketed up the junior ladder in just five years and attracting the sponsorship of F1 giants Mercedes and McLaren respectively along the way.

But while Russell, the reigning F2 champion, might owe some of his notoriety to his Silver Arrows association, he is largely self-made, having taken it on himself to secure himself a multi-year deal with Williams.

Having swept to titles in British Formula 4 and GP3, the young Briton pitched himself to the English team as a candidate to skip Formula Two and debut in 2018 with a now renowned PowerPoint presentation to chief technical officer Paddy Lowe.

He was initially rebuffed but after claiming the F2 crown, he was obliged his prize.

Though compatriot Norris was the man he vanquished for last season’s junior crown, the 19-year-old remains the better-decorated of the two.

Holding titles from British Formula Four, European and Northern European Formula Renault, the Toyota Racing Series and European Formula Three, including a second-place finish at the Macau Grand Prix, Norris is no worse credentialled for taking an early hit early in an emerging national rivalry.

With five years of solid, consistent competition under their belts, Russell and Norris promise to be duking it out for a generation. 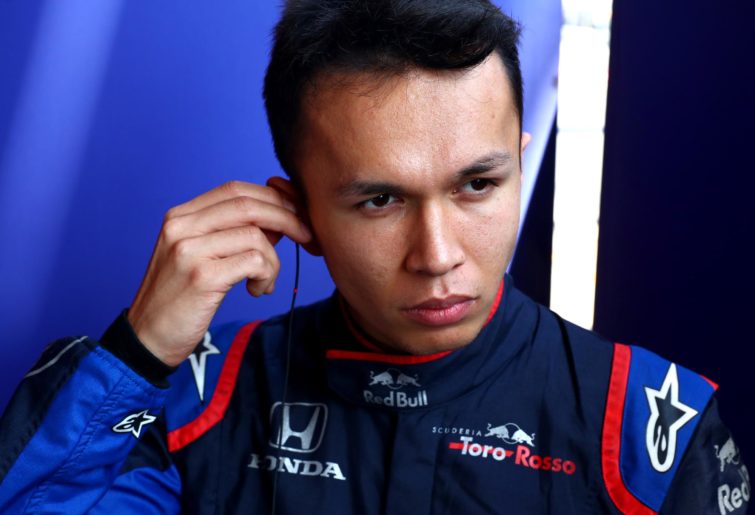 Albon had been only an outside F1 chance since 2012, his first year racing cars and his only year as part of the Red Bull Junior Team, which dropped him after a single season.

His junior career thereafter was defined by his will to succeed. Third place in European Formula Renault and second place in GP2 followed, and with his momentum building, he took last year’s F2 title chase to the final weekend.

Giovinazzi likewise had to wait seven years for his first full-time F1 drive, but his shot could’ve come sooner. The Italian’s career, though comprising mostly near misses — he was second in British F3, second in European F3, second in GP2 — was strong enough to win Ferrari backing, but you can imagine his anguish learning he had come second again to Charles Leclerc, who leapfrogged him into a Sauber seat last season.

It would have been doubly painful for Giovinazzi given he acquitted himself well while subbing for the injured Pascal Wehrlein in the opening two rounds of 2017. True, most people remember his crash-strewn Chinese Grand Prix, but one mustn’t forget the Italian had a grand total of 60 minutes practice on each weekend, completely reframing his results.

But with Alfa Romeo Antonio has finally arrived to rectify on his runner-up reputation.

All four drivers have earnt their places in different ways, but it’s one thing to make it to F1 and quite another to keep your spot. Any driver’s first task is to beat their teammate, and with all four rookies up against established, highly rated teammates with something to prove, they’re set to generate some real excitement.

At Williams, Russell will line up against Robert Kubica, who returns to F1 after eight years sidelined by a life-changing rally injury. The Pole is determined to prove wrong those who doubt his ability to pilot the car and will be no easy-beat.

Norris will take on Carlos Sainz, who’s intent on demonstrating that his loss to Nico Hulkenberg last season was a one-off and on proving that Red Bull Racing was wrong to promote Pierre Gasly ahead of him.

At Toro, Rosso Albon faces Daniil Kvyat, who is surely on his final F1 lifeline, after being thrice dropped by Red Bull management between 2016 and 2017.

Past success doesn’t generate future glories, but does it indicate how likely we are to be talking about these four drivers in the next five, 10 or 15 years? They all start from zero in 2019, and it’ll be a thrill to find out.