What to make of Geelong heading into 2019? Contender or also-ran? Their time is over, or only just beginning?

The Cats finished eighth on the ladder last year, and were unceremoniously dumped out of finals in the first week by Melbourne.

They did finish with the second best percentage in the competition though, but a deeper looks reveals this was bumped up by two triple-figure winning margins in the last two rounds of home and away, against Fremantle and Gold Coast down at Kardinia Park.

At the end of Round 21, Geelong were sitting in ninth with the seventh best percentage – a truer reflection of their season.

The Cats were also ferals at home, but pussycats away.

At Kardinia Park they had an 8-1 record at a percentage of 184, averaging 106 points per game and conceding only 58. They played a perfect strangling game on the narrow confines there.

But away from their beloved home deck their record was 5-9 at a percentage of 102, averaging four fewer goals per match and conceding two more. They were a six-goal better team at home. 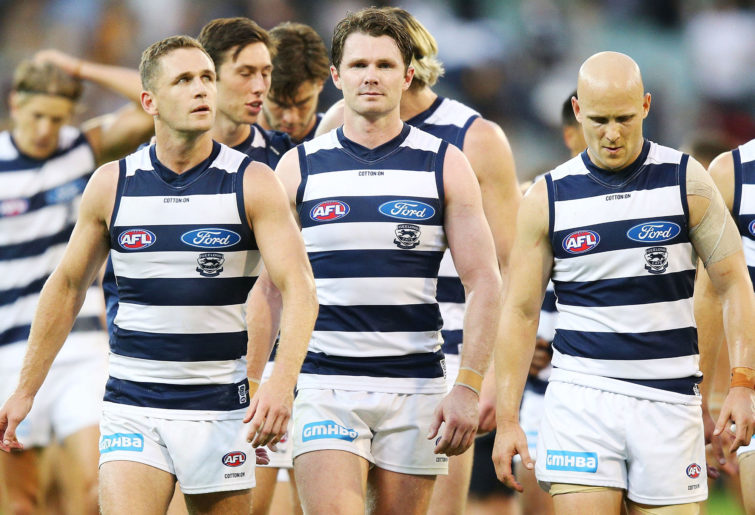 Ultimately, Geelong had a poor 2018 given the talent on the list and some outstanding seasons from many individuals.

Based on points conceded last year, Geelong had the No.1 defence in the league.

Tom Stewart was named All-Australian back pocket and Mark Blicavs was in the squad of 40. Jack Henry finished top five in the Rising Star voting. Zach Tuohy played his role to his usual standard, and Jake Kolodjashnij came along nicely in a defensive position.

Between these five they only missed two games, the importance of which can’t be overstated when it comes to cohesion in the backline.

Elder statesmen Lachie Henderson and Harry Taylor are probably locked in a battle for the same role down back, unless Chris Scott continues with his disastrous idea of playing Taylor as a forward.

Through the middle, Geelong are laden with stars the envy of most other teams. But there is only one football after all, and the Cats proved last year that you can have too many gun midfielders if you don’t know how to have them playing cohesively together for the betterment of the team.

Patrick Dangerfield continues to be one of the best handful of players in the competition, but did play more forward last season with the abundance of other riches the Cats had for midfield duties.

Tim Kelly burst on the scene with the best debut season for some time. He would have been a runaway and unanimous winner of the Rising Star if he was eligible, and finished equal second with Dangerfield in the best and fairest, as well as polling 13 Brownlow votes.

Joel Selwood has been a gun for over a decade, and will always lead by being the hardest player in at any contest. Mitch Duncan’s output and influence declined with the arrival of Kelly and Gary Ablett, which was an indicator that the additions of these players didn’t translate to more success.

Scott Selwood was one who played like a man without a home, no longer certain about his role within the team. Cam Guthrie is another in this boat. Perhaps the game has passed these two by, despite both being in their mid-twenties.

Sam Menegola will always be able to find the footy, and would probably shine brighter if he wasn’t surrounded by so much talent. Fremantle had him on their list once, and wouldn’t they love to have him now to support Nat Fyfe. They should be opening the chequebook for the West Australian native at season’s end. 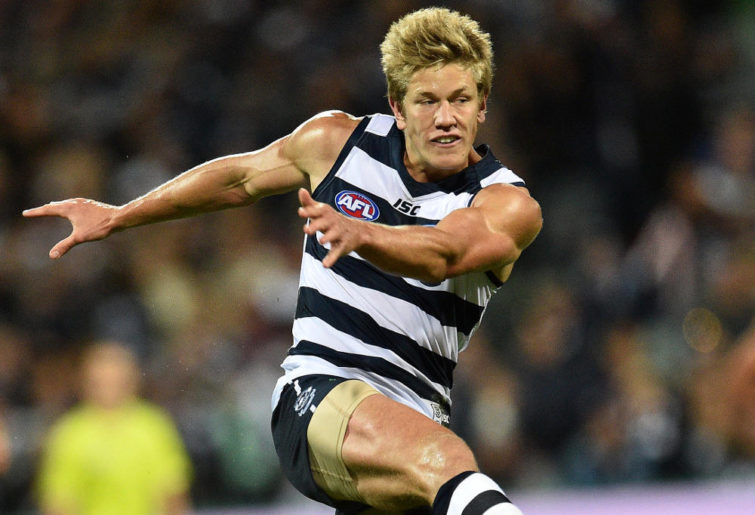 Rhys Stanley needs to stand up in the ruck this season. (AAP Image/Julian Smith)

The ruck position at Geelong hasn’t been settled in Chris Scott’s time at the helm. Rhys Stanley showed that he might finally have locked it down last year, but there is still pressure from Zac Smith, Ryan Abbott and mature-age recruit Darcy Fort.

Up forward, the line-up looks a little motley.

Tom Hawkins had an outstanding 2018, possibly his best season. The Cats had all of these great players, yet could manage only a middling finish. The coaching has to be marked harshly and negatively in this light.

Esava Ratugolea showed some promise in the early rounds before he was badly injured to miss the rest of the year, but is obviously a raw talent. Consistency can’t be expected from him, but he should get first crack at supporting Hawkins as a fellow tall.

Gary Ablett is going to play more of a forward role from all reports, pinch-hitting in the middle. This is an overdue move – it’s not hard to see him averaging three goals a game, which would have been enough to win a Coleman last year if he was to play 22 matches.

Luke Dahlhaus has been brought in from the Dogs to reignite his career as a pressure forward. Gary Rohan’s career hasn’t amounted to much so far, but perhaps a change of environment will being out whatever best he has.

Brandan Parfitt has been played mostly as a forward as many mid-size players do early in their careers, but will do better as a midfielder when he gets a regular chance. Again, there are not a heap of opportunities with so many ahead of him in the queue, but he looks a beauty.

Lachie Fogarty showed some good signs in his debut year and Quinton Narkle didn’t look out of place when he got his chance either, so there could be some good depth coming through.

Chris Scott has a reputation in the AFL as being the hardest man to coach against. While that may be the case, he sure does lose a lot of games with so much talent at his disposal. What this says is that he is perhaps too focused on taking away opposition strengths rather than letting his team play to their own.

Some coaches, like Damien Hardwick and Nathan Buckley, have seen their sides rise drastically up the ladder off the back of letting go. Meanwhile, Chris Scott holds onto control ever tighter while the Cats slide down the ladder.

Geelong has an interesting suite of matches at home this year, in stark contrast to what they have had in the past. In 2018, all bottom five teams on the ladder had to head down to Kardinia Park, while this year it seems the Cats will only get three easy matches (against Western Bulldogs, St Kilda and Carlton).

They will host top contenders Melbourne, GWS, West Coast and Adelaide down the highway, along with tricky opponents in Sydney and North Melbourne. While they may not get as many percentage boosters as in prior years, they can still use their unique home ground advantage to get wins over those fighting with them for positions in the eight.

The Cats have what appears to be the toughest opening seven rounds of any side, so we will learn a lot about them early. If they can get through that run ahead of the ledger, they will be a top-four threat all season.

Geelong has enough parts to be a contender, but Chris Scott is yet to prove that he can get his side to produce the sum of them.