Glenn Maxwell was Australia’s sole spinner as they won the 2015 World Cup, earning a place in the Team of the Tournament.

Yet Tuesday was the first time in more than three years he bowled ten overs in an ODI.

Maxwell thrives on being given responsibility with the ball. In the 27 ODIs in which he has bowled six or more overs, Maxwell has the impressive figures of 32 wickets at an average of 34, with an excellent economy rate of 4.98 runs per over.

By comparison, Marcus Stoinis – who is being favoured as Australia’s fifth bowler ahead of Maxwell – averages 44 at an economy rate of 6.03 in the ODI matches where he sends down at least six overs.

The issue is that only twice in the past three years has Maxwell been given the chance to bowl six or more overs in an ODI.

One of those came in the second ODI against India on Tuesday when Maxwell did a fantastic job, taking 1-43 from ten overs.

That included the huge scalp of Indian star Shikhar Dhawan, who was beaten by a nice change in trajectory by Maxwell, who after looping up a few deliveries skidded through a flatter ball and earned the LBW.

Australian skipper Aaron Finch was so confident in the bowling ability of Maxwell that he brought him into the attack after just six overs to bowl during the Power Play against two ODI batting monsters in Dhawan and Virat Kohli. 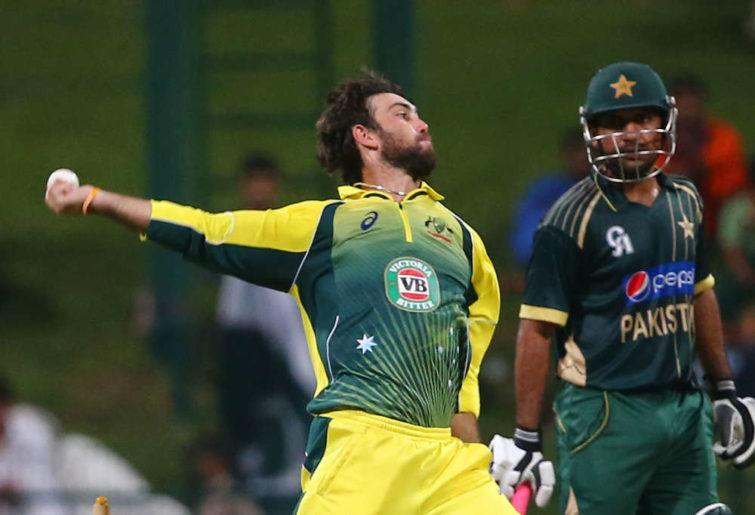 This is a massive task for any spinner, let alone one who barely has been used for three years.

Yet Maxwell promptly took 1-4 from his two overs in the Power Play, managing to challenge the Indian guns with his accuracy and subtle changes in flight, pace and release points.

The Victorian is not a game-changing spinner. But when he is backed by his captain he has shown he can be a dependable role player with the ball. Australia’s preoccupation with playing three frontline quicks – a strategy I expect them to use in this year’s World Cup in the UK – only makes Maxwell’s bowling more relevant.

Australia went pace-heavy in the ODIs in England last year and paid the price. England’s uber-flat ODI pitches and tiny grounds often make pace on the ball a liability.

Only elite ODI quicks can consistently fare well in those conditions.

Spinners in England are of particular importance between overs ten and 40 when they can put the brakes on an ODI innings.

This was evident in Australia’s ODI series in England last year when Ashton Agar and Nathan Lyon together went at a miserly 5.1 runs per over against the world’s highest-scoring batting line-up.

Meanwhile, Australia’s frontline quicks gave up an incredible 7.1 runs per over across that five-match series.

Australia seem highly unlikely to play two frontline spinners in the World Cup but they should at least be looking for a third of the overs they send down to be spin by using Maxwell in addition to their specialist spinner.

Maxwell is fortunate that current ODI skipper Aaron Finch seems to rate his bowling much more highly than Steve Smith, under the leadership of whom Maxwell was all but banished from the bowling crease.

The Victorian should be given every opportunity over the next three ODIs in India and the following five matches in the UAE to prove he can play a key role with the ball in the World Cup.