$US100 million up for grabs at the Fortnite World Cup

You’ve probably at least heard of Fortnite. But you might not have heard about the small fortune on offer at the 2019 Fortnite World Cup.

It’s arguably the most popular video game of all time – and a cultural phenomenon in itself.

Even if you’ve never seen a game of Fortnite, you’ve probably seen a kid do a dance they learned from it without even realising.

Fortnite has no degrees of separation and I don’t believe that anyone in our modern world could claim to be totally clean of its influence.

Recently we saw Fortnite as an esport appear alongside the Australian Open tennis in a flex of its immense popularity.

Now, what is arguably the biggest game in the world is back for a new huge competition and this time it’s bringing an almost unbelievable prize pool. 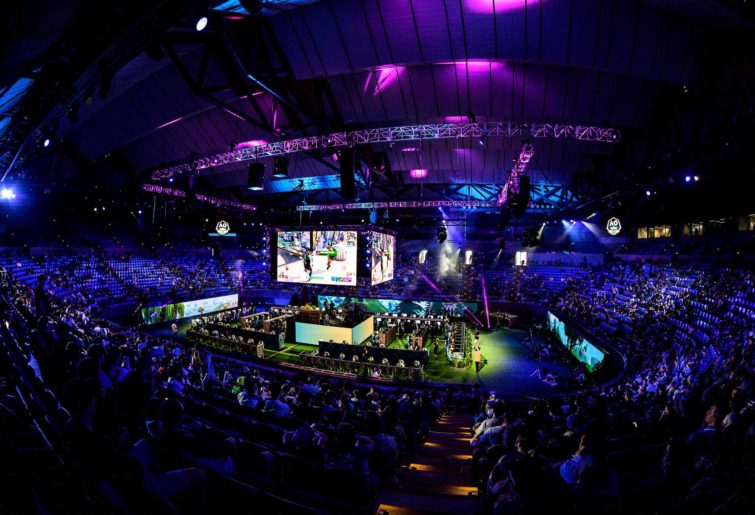 The Fortnite World Cup has been announced and the 2019 prize pool consists of $US100 million.

That’s an incredible amount of money to sink into a game, but when you consider reports state Epic made $US 2.1 billion from the game in 2018, it’s far more understandable.

This is the largest revenue income any video game has reported seeing and technically Fortnite is free.

If you didn’t get how big of a deal this was, look at the money and cry together with me and my bank account.

Now, unfortunately, I’m not nearly a skilled enough gamer to consider entering this competition and grabbing some of that sweet sweet cash but that shouldn’t stop anyone else.

This competition is open to everyone aged 13 and up and will start with ten weekly online qualifiers beginning next month on April 13.

Out of the huge prize pool, a cool $US1 million will be put aside for each week of the qualifiers so those who do well will get a share of that until they finish up on June 16.

These matches will consist of both solo and duo teams so if you’re not that great, maybe try to find yourself a friend who is for a nice hard carry.

Out of those that compete, folks who make it to the top 100 in solos and the top 50 duo teams will get into the finals. Each of these players will automatically get $US 50,000 just for making it this far.

The finals will be on site in New York City and run from July 26 to 28 and will give players an even further chance at some of the winnings.

For example, the solo champion will wind up with a $US3 million cheque for their troubles and the remaining prize pool of $US30 million will be divided between the other competitors.

You may notice some of the money is still not quite accounted for and that’s because those previously mentioned weekly competitions are going to continue beyond the finals.

The good side to this is they’ll have modes beyond your basic Battle Royale. This means that even if you’re not the best and sneaking around and surviving to the last circle you may still have a shot.

Epic hasn’t revealed what these modes will be but it seems like it’s an attempt to give everyone a chance at picking up some of the dollars.

At this point, you may notice that I sound like a cartoon wolf whose pupils have been replaced by dollar signs and there’s not a half bad reason for this.

Fortnite is absolutely a game of skill but it’s also one of luck. Depending on the battle mode and how generally lucky any given player manages to be these really could be anyone’s game, and also anyone’s money.

Admittedly though, almost certainly not mine.

Additionally, this is an opportunity for players to earn some of their money back. Epic is making seriously insane amounts of money from this title and now is giving everyone a chance to get a small piece of it back in their wallets.

I’m sure there are many parents who are sick and tired of being bugged for V-Bucks (Fortnite’s in-game currency) and this is a chance for folks to earn some money to buy their own or pay back their embarrassing debts.

If your teenager won’t stop playing Fortnite then this is their time to shine.

If you’re someone who loves playing Fortnite then furthermore have this excellent excuse.

Now you’re not just playing a game but you’re in training.

Sure you should probably do the dishes but those extra minutes could be spent in game honing your skills for a better chance at the kitty.

You have my permission, go forth and git gud.