Why the Eagles should move to Gosford… again

After recent talk about too many NRL teams in Sydney and who should be relocated, this is the best strategy for the game.

My ideas don’t have a budget to worry about so they may be good but it really comes down to what the NRL is willing to spend, however the cost wouldn’t be too great.

There doesn’t need to be any major relocation by sending a Sydney team to Perth as it wouldn’t work, it would lose fans, and Western Australia needs its own team.

My first proposal is that the Dragons should permanently move to Wollongong and take two games to Kogarah so they can become a regional team with a name change to Illawarra-St George Dragons.

The second proposal is to relocate Manly to the Central Coast as the Sea Eagles are the closest team to Gosford. Manly also have one of the worst grounds in the NRL and Gosford has a good stadium with a big catchment area.

The move would work, however it means there won’t be rugby league on the North Shore. But Gosford is not that far to drive and a train doesn’t take too long from the North Shore, while the Central Coast locals will also fill the stadium.

The third proposal is for Souths and the Roosters to share Allianz Stadium when they finish the re-build.

The fourth proposal would be to ban club games at ANZ Stadium, except for double-headers and finals.

Build a 25,000-30,000-seat stadium in Liverpool that the Tigers and Bulldogs could share, with the Bulldogs taking two games to Belmore and the Tigers taking two matches to Leichhardt. New A-League franchise Macarthur South West United FC could also use this stadium over summer.

My fifth proposal is to build a new stadium for Cronulla at Miranda as their current one is ugly, has no parking and is a few kilometres from the rail line. 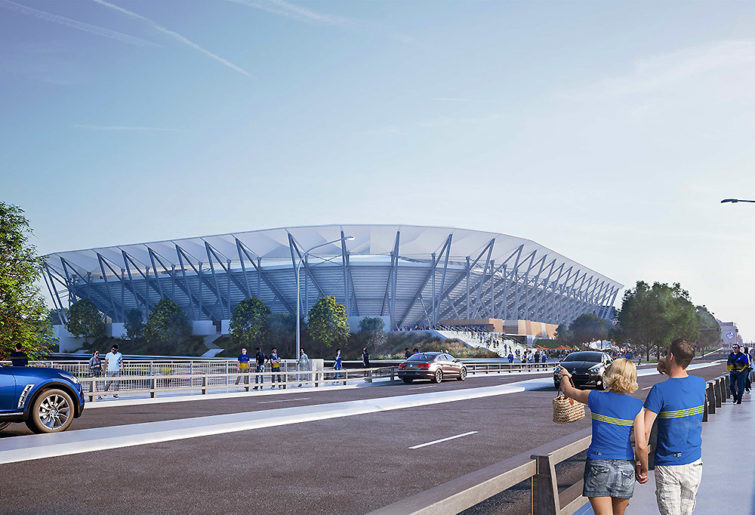 Parramatta is getting a new stadium but parking won’t be any better. Penrith will need an upgrade or a rebuild in the next ten years.

These proposals would help gain fans rather then lose them, and it would mean Sydney would have a range of top-class venues.

The NRL could also have a retro and heritage-themed round using the old suburban grounds with old jerseys and a brown ball. It would look great and have a feel like the good old days.

The NRL should have 20 teams and 20 rounds, each team playing each other once, swapping home and away games each season.

Each game becomes more of an event with fewer rounds and more teams. Knowing you won’t see the opposition at home for another two years might get more bums on seats.

The competition is also more even as teams don’t have to play hard opponents twice while other clubs play weaker opponents once.

The first of the four expansion teams that should enter the comp in the next few years would have to be Perth – nicknamed the Redbacks – because they want a team, they are a big city with rugby union moving out, and it’s the right time for league to move in with an aggressive strategy promoting the club and building a strong junior base.

The second team is a little tougher with Wellington, New Zealand the stand-out. That gives the Warriors a rival and locks up the Friday night 6.00pm slot, which is 8:00pm in NZ, with alternating home games. 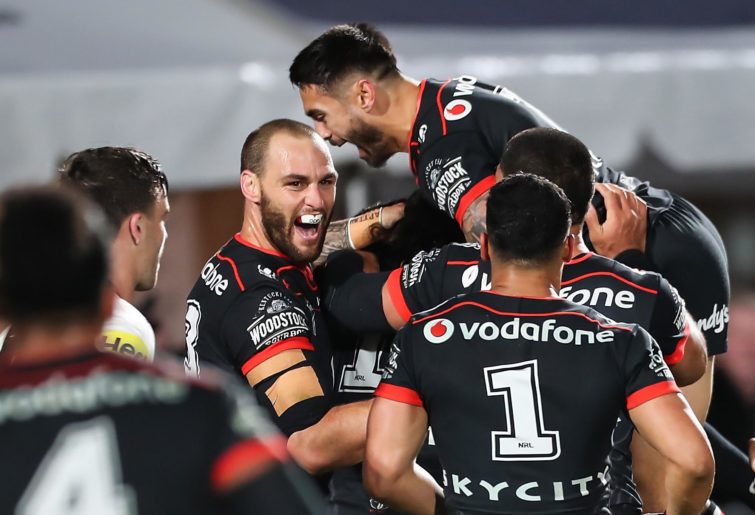 It means no Sydney team has to play at 6.00pm at home, which is a silly time for any Sydney club as the time to get home, get the family and get to the game is mission impossible for people who finish work at 5pm in the city.

My fourth team is Adelaide, which would cap off a truly national competition and could work if promoted right.

The Port Moresby Hunters and the Brisbane Jets could come in over the next 20 years to make a 22-team, 22-round comp.

With 20 rounds and 19 games, it leaves six weeks that could be filled with a range of representative fixtures.

One is a City vs Country Friday night game that only allows players that have not played State of Origin before or for a few years, so it’s a development game for the next Origin generation.

On the same weekend, the Pacific Cup could be played between Tonga, Samoa, Fiji and Papua New Guinea.

After the halfway mark, set aside three consecutive weekends for State of Origin. Then the Pacific Cup continues over two more weekends, with a final on the fourth weekend to play-off for the right to play a second-tier European team (Scotland, Wales, Ireland or France).

The winner out of England vs New Zealand plays Australia at the end of the season, while the loser plays the winner of the European second tier vs Pacific final. However, this could only work if Super League follows a similar format so their players can be released.

In the second tier, the NSWRL should expand the NSW Cup with teams from Coffs Harbour, Tamworth, Bathurst, Wagga Wagga and Central Coast as they all have universities and these towns will one day be cities in the future.

League is declining in these areas so bringing in a second-tier club playing against the famous Sydney clubs would surely boost interest in the game.

The Queensland Cup could expand to include Darwin, Perth (reserves), Adelaide (reserves), Toowoomba and Bundaberg added to the 14 existing sides.

A New Zealand comp could have a team from Tonga, Samoa and Fiji to create a direct pathway to the NRL. The rest of the ten or 12 teams would come from NZ.

The World Club Challenge should be played two weeks after the Super League and NRL grand finals, and the Nines should become an annual event that could be played at the end of November to finish the year.

Then eight weeks later in February, we kick off the year with the Indigenous vs Maori All Stars.

There is a lot more to discuss such as having fixed scheduling for the home grounds but each team having one Thursday night a year, as some teams are more suited to play certain times.

For example, Canberra would get the best crowd on a Sunday as a night game in Canberra in the middle of winter is not inviting to the average supporter.

So a 2pm Sunday kick-off would be the best time for them and they could alternate with Melbourne as 2pm is before the 4pm AFL game at the MCG next door to AAMI Park.

Supporters could watch both if they are a duel fan or even have a deal that can get fans to watch both games with the one ticket.

I’m not the biggest fan of golden point – a draw is much better during the season. It should only be used during the finals series after extra time.