Give the Nations Championship a chance

It took more than a century of international competition before it looked beyond its eight foundation members and belatedly organised a World Cup.

The following decade it finally went professional, and at the turn of the century Italy joined the Six Nations – the championship’s first expansion in 90 years.

Opposition to change emanates as much from the fans as it does from administration. Perhaps due to the sport’s origins among the privileged classes of Victorian England, rugby’s followers tend to be a conservative breed, ill-disposed toward the glitz and glamour of other codes and inherently suspicious of any idea which might ‘threaten’ their beloved game.

Unsurprising, therefore, that World Rugby’s latest brainchild – the Nations Championship – has met with shrieks of defiance and hysteria.

That’s not to say the proposal is flawless, of course. Certainly some tweaks and adjustments are necessary.

But the aim of the proposal is simply to increase the importance of international fixtures and thereby increase much-needed revenue.

It’s not as if things are perfect as they are. How often do we find ourselves groaning in horror when international schedules are released? Same old same old.

New Zealand playing Australia three times a year. Six Nations teams playing World Cup warm-ups against Six Nations teams. For the life of me I can’t understand how people stay interested in this!

As the Autumn tours have steadily evolved in the professional age, to the point we are now seeing dozens of nations participating, it must have crossed most fans’ minds that something more useful could be made of this, and that it provides the ideal opportunity for some kind of meaningful tournament. That’s all World Rugby is trying to create.

One of the main concerns appears to be the continuing lack of fixtures between first-tier and second-tier teams, though it’s an improvement on the closed shop Six Nations and Rugby Championships at least, with two second-tier teams gaining a spot in the Rest of the World first division, and the two second-division group winners guaranteed a promotion-relegation match with a first-division opponent. 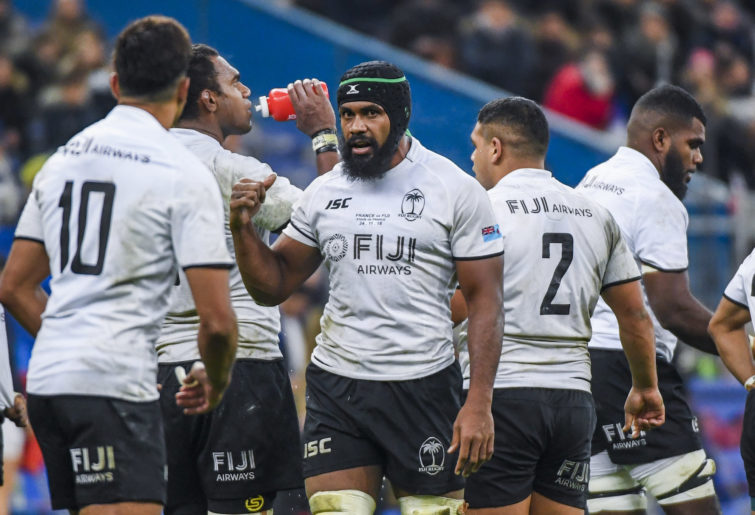 Nonetheless, these grievances do have some merit.

To this point, tier-one clashes with tier-two teams have been featuring regularly on the Autumn tours. But if the proposed format goes ahead, inter-divisional match-ups will be confined to the two promotion-relegation fixtures, and on the Rest of the World side of things, that probably wouldn’t even involve a first-tier team.

So why not use the semi-finals weekend to remedy this and have each of the teams not involved in either the semis or the promotion-relegation fixtures sign off with an inter-divisional friendly?

After all, they will have all committed themselves to playing that weekend, if necessary. Alternatively, the promotion-relegation series could be expanded to include double the number of teams (or more).

And at the end of the day, if rugby stages a 20-team World Cup but excludes half those nations from major competition the rest of the time, it’s just not a level playing field.

Another thought to bear in mind is that the Australian government has reportedly pledged to support rugby league in the Pacific Islands to counter China’s growing economic influence in the region. Training camps and exhibition matches are in the pipeline. A fifth of the players at the 2015 World Cup were of Pacific Islandsorigin, and rugby ignores that resource at its peril.

As a final observation: the division-three format (as presented on World Rugby’s promotional video) is rubbish.

Canada in a group with Trinidad and Tobago, the Cayman Islands and Mexico?! No disrespect intended, but that would be absurd.

Better to leave things as they are and use the existing competitions, which have been evolving and developing naturally for decades.