Australia have won just five of their past 25 ODIs – this stat is well known.

What is far less publicised is that, quite ridiculously, 22 of those matches have been against England and India, by far the two best sides in this format.

The other three matches were against South Africa, the third best best side in this format.

Had Australia instead played 22 of those 25 matches against Sri Lanka and the West Indies they would likely have a good recent record.

In that hypothetical case there may be a false sense that Australia were in very good shape. In this same way, there has been some exaggerated pessimism about Australia’s current position in ODIs due to people ignoring their ludicrous fixture over the past 21 months. 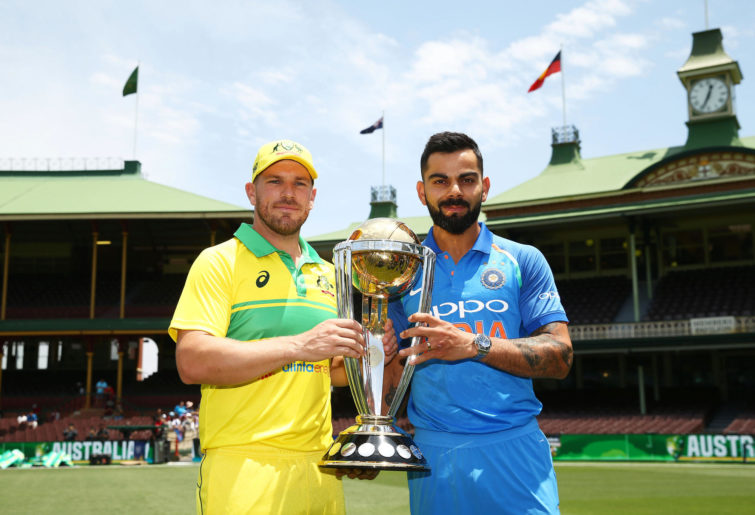 Australia have run into Virat Kohli more than they would have liked ahead of this year’s ICC Cricket World Cup. (Matt King/Getty Images)

So in the last 21 months while every other nation has been playing against a wide range of opponents – from elite to poor – Australia have played almost every single match against the two juggernauts of one-day cricket.

This situation is akin to a Test opener who is trying to find some form being forced to play 15 Tests in a row against South Africa’s dominant pace attack.

There is no respite, little chance to turn things around. What an opener in such a situation needs is to try to weather a tough Test series against SA and then regain form and momentum by churning out runs against a weaker opponent on home decks.

Then when they face an elite opponent again they at least are in a better shape mentally and technically to handle that challenge.

Australia’s ODI team have not had such a breather, such an opportunity to regroup and fine-tune their skills and strategies against an ordinary opponent.

They’ve also had to endure this never-ending pounding while missing their two best batsmen, David Warner and Steve Smith, and their best bowler Mitchell Starc in more than half of those matches.

There will be plenty of Roarers who will not have read this far into my article and will already be making comments below about how what I’ve written is a weak excuse for an inept team.

They would be spot on if I was suggesting that Australia’s insane fixture is the sole reason they’ve floundered.

I have written many articles detailing how the new-look Australian batting line-up has failed to step up in the absence of Smith and Warner.

Numerous times I’ve also delved into the manner in which Australia’s selection errors and antiquated batting and bowling strategies have held them back.

There are many reasons Australia have had such a horrendous record in ODIs over the past two years. But these reasons have been discussed ad nauseum, whereas their crazy fixture has been ignored by comparison.

Sometimes teams in any sport just need a run of easy matches to regain their mojo.

The prime example is Australia’s recent Test series against Sri Lanka. They entered that contest at a low ebb after being smashed by India. Their batting line-up was in tatters.

Two Tests and an avalanche of centuries later and Australia’s Test team had regained a spring in its step.

Are they world beaters again as a result? No, of course not. But it was a healthy experience.

Australia will have no such cosy ODI series in which to regain their confidence before the World Cup.

If they manage to turn things around and perform well in that tournament they will have done it the hard way. The really bloody hard way.