Why cricket is Australia’s most feminist sport

On most occasions, a visit to the MCG would imply viewing a spectacle of a sporting nature, ideally cricket or Australian rules football.

However, as I arrived into the pristine lobby of the Melbourne Cricket Club function room, the event I attended was more of an introspective and encompassing nature.

An event which sport has played a huge part in resurrecting and maintaining the values of equality, female empowerment and social inclusion.

On International Women’s Day I was fortunate enough to listen to an amazing lady speak to us about her experience being married to a deaf footballer and how it prompted her to look inwards and learn the importance of inclusivity and embracing people for who they are and their unique talents and abilities.

Her speech prompted me to momentarily glance at the hallowed walls of the MCG, and it was then that it hit me.

Cricket is a sport that has truly embodied the values and vision that International Women’s Day has strived to instil within our community for well over one hundred years.

As this humble sport has evolved and developed through the ages, I am proud to say that cricket undeniably embraces equality, uniqueness and appreciating our players for the diversity of skills, talents and inventions they bring to the game.

Cricket celebrates the different and allows cricketers to flourish in their own inimitable ways to enrich the sport for players and fans alike.

Women’s cricket in particular deserves a most honourable mention. If feminism ever needed a sport that accurately represents what it stands for, look no further than the women’s game.

The rise of women’s cricket has now seen some of our best female players remunerated on similar pay scales to our men, which bodes well for the future of our sport.

The increasing popularity of cricket amongst young girls and teenagers is also promising. Upon the release of the 2017-18 National Cricket Census, it was found that female participation in our summer game had risen by over 30 per cent from the previous season.

That now means six out of every ten new participants is a girl. Amazing. 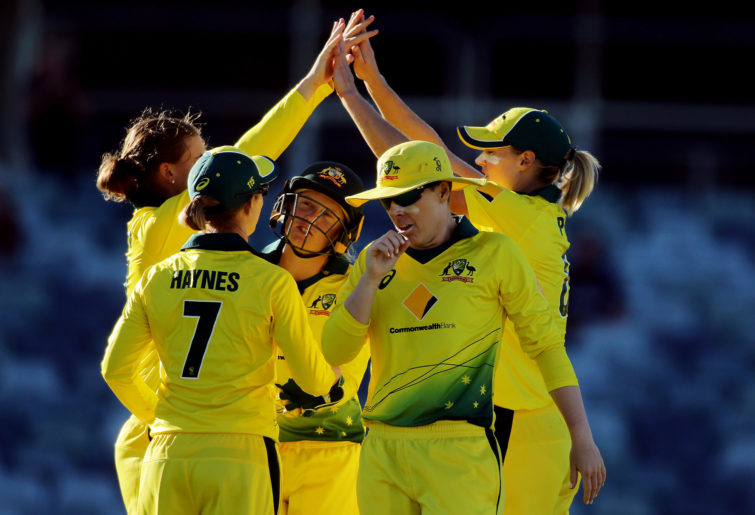 If we delve deeper into the history of the women’s game, it is fascinating to note that cricket began as a sport primarily tailored for females.

The first recorded women’s cricket match took place on the July 26, 1745 in the villages of Surrey, which shows that the game has been played equally amongst both genders for as long as it has been in fruition.

The technique of overarm bowling was also pioneered by a woman. Tired of traditionally bowling underarm due to the ball getting caught in her long, flowing ankle-length dress, Christiana Willes of Kent revolutionised the game forever by changing her action to a more overarm delivery.

Her brother John Willes, an England cricketer at the time, soon caught on this seemingly radical idea and promoted it across the cricketing world, turning the game on its head.

The women’s game has also been used as an experiment at times to promote new and exciting prototypes to cricket. Contrary to common belief, the first Cricket World Cup was a women’s one, staged in 1973 whilst the inaugural men’s Cricket World Cup would not be held until 1975.

Given how instrumental the women’s game has been in shaping many fundamental aspects of cricket, it is without question that we must respect and honour our female players more than at any point in this sport’s history.

Even when it comes to displaying genuine sportsmanship, being a role model for youngsters and embodying the true spirit of cricket, it is our women who have always shown up the men every time.

While men’s cricket has become contaminated with match-fixing allegations, ball-tampering scandals, abusive sledging, and the use of illegal performance-enhancing substances, the women’s game has remained remarkably clean.

For a sport that was once coined as the ‘gentleman’s game’, it is the ladies who have constantly displayed what it really means to play our beautiful game in the right spirit.

But cricket is not just a game for the able-bodied. What makes this sport so special and poignant is how it has permeated and transcended within communities who may not be blessed with the physical or intellectual abilities we take for granted every day.

The growth of deaf and blind cricket has been a major positive for the game and has seen participation from these communities rise to exciting levels in recent years.

Cricket’s dramatic evolution and positive attitude towards change and modern thinking is what has made it such a remarkable sport as it holds on proudly to feminist and humanist ideals.

The true essence of this game lies in its loving acceptance and compassion towards anyone who respects and pays homage to it.

Cricket never says no to the unusual and unfamiliar; instead it kindly asks that they adhere mindfully to its Laws and Spirit whilst expressing their unique skills and personalities.

It is through this fair exchange of chaos and conformity that we have seen some incredible players take every opportunity this game offers to showcase their talents to the highest level.

We owe cricket everything, whilst it owes us nothing.

International Women’s Day is about inclusion, equal opportunities for all and ensuring that everyone feels as though they belong and are respected regardless of who they are.

This is why cricket, and indeed sport as a whole, is such a great champion of promoting and maintaining these important values.

It is one of the few global institutions where an individual is often judged and evaluated purely on their ability to excel and succeed at their chosen profession, and nothing else.

Cricket does not care about the colour of your skin, your race, your ethnicity, your gender, your sexual orientation, your religion or even your physical or intellectual disability. It only cares about your contribution and performance.

Will you stand up and be a match-winner today? Can we count on you to get that 5-wicket haul? Are you going to finally get out of that form slump and score an overdue century?

Great! Then there is a spot in the team for you.

Whilst there have been numerous positives in cricket globally of late in regard to cementing the need to promote gender equality and social inclusion, the road to fully eradicating our sacred sport from the stain of racism, discrimination and corruption is far from complete.

As we bid adieu to another incredible International Women’s Day celebration across the world, let’s all take a moment to reflect and show gratitude to this glorious game whilst working hard to ensure that future generations will know what it truly means to uphold the Spirit of Cricket.