No team has more heavily spruiked in the off-season than Essendon despite the club not having won a final for 5302 days (@EFCFinals is a wonderful Twitter account for those who don’t follow the Bombers).

Much was expected of the Dons last year too, but they opened the season with a horrible two months of football to be sitting 15th on the ladder with only two wins. Things were that bad – they were even behind Gold Coast and the Western Bulldogs.

But after a Round 8 loss to Carlton that caused heads to roll, the Bombers turned things around. From Round 9 onwards Essendon won ten games and lost only four – those four losses being to Richmond (twice), Collingwood and Hawthorn, all sides that finished in the top four.

If a ladder was compiled just for Round 9 to Round 23, the Dons would have been sitting in the top four with those three teams. It’s reasonable to assume off the back of that final two-thirds of the season that they will improve.

Dylan Shiel has been acclaimed as a big-name signing that can boost the Essendon midfield, adding some more class alongside Zach Merrett and offering some more support for him too.

Neither player could find a spot in The Roar AFL top 50 when five writers voted; while both have the potential to be A-graders, they are not quite there yet.

Shiel is explosive from stoppages, has a beautiful side-step and can deliver the ball with laser precision. It’s easy to get seduced by players who look so good aesthetically, but he’s never proven himself a matchwinner or game-shaper. At GWS he also had others to do the heavy lifting, so how will his body hold up if he is targeted as the number-one man at Essendon?

Merrett was knocked out in Round 1 last year and subsequently struggled with a hard tag in a few matches, but he was back to his best by the end of the year, averaging 31.5 disposals per game after the mid-season bye. His season reflected that of his team, and the knock on him is how much his touches hurt the opposition, especially given how many he gets around halfback.

Even with Shiel and Merrett, the midfield still looks Essendon’s weakest area.

Andrew McGrath is another eye-catching Bomber with a burst of pace and looks ready to break out this season after two consistent years, but the little concern is that his 2018 was almost identical to the year before. Is he one of those types who is so ready-made as a draftee that he doesn’t have huge upside? 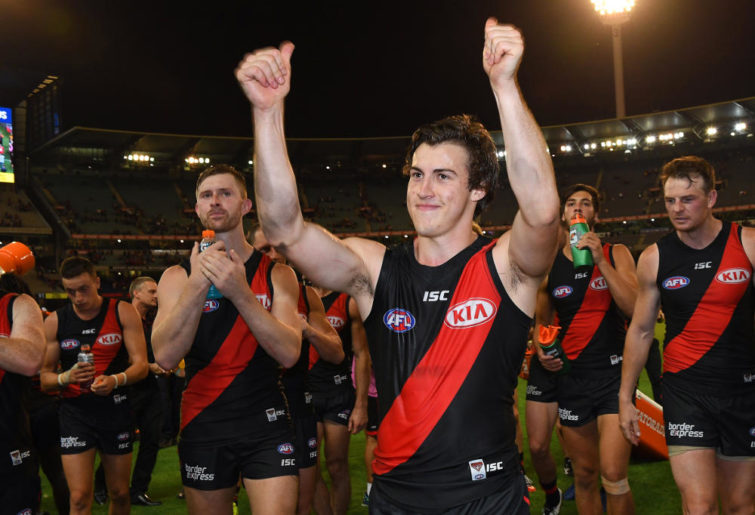 David Zaharakis, the most experienced on the list, is a nice outside player but not much more than that. Many thought Dyson Heppell was going to be a gun, but he has become just a good ordinary player.

All five players mentioned so far are better outside than inside the contest, which leaves the midfield lacking balance.

Devon Smith provided a lot of grunt and pressure in his first year at the club, winning the best and fairest, but he’s still more of a natural ball-gatherer than a ball-winner at the coalface. David Myers is probably Essendon’s best clearance specialist, but he struggles with injury and is hardly earth-shattering. Kyle Langford is a good size and is hoped to take on more inside responsibility too.

The Bombers look well balanced in defence, with a nice mixture of marking power and pace.

After almost a decade it appears Essendon has finally worked out that Michael Hurley and Cale Hooker can form the best one-two key defensive punch in the competition. It’s been a national disgrace that it has taken them so long, with both alternating between playing forward for much of their careers.

Hooker is an outstanding aerialist, Hurley is tough to beat one-on-one and they both love to launch counter-attacks from defensive 50. Aaron Francis has played only ten games at AFL level but looks well suited to the intercepting role to add even more firepower to that area – he was pick six in the 2015 national draft and took ten contested marks in the final two matches last year.

Adam Saad and Connor McKenna are two of the quickest players in the AFL and provide blitzkrieg run from the backline. Martin Gleeson should be welcomed back in a lock-down role, but he also backs himself to win his own ball. Patrick Ambrose can play tall or small and is often used as a backup when injuries strike.

Up forward, Joe Daniher returns, a player most people thought would launch into superstar status in 2018. He didn’t look right from the first round and eventually succumbed to a groin injury that clearly hampered him when he did play.

The irony was that Essendon played their best football with Daniher out of the side, and they effectively shared the goal-kicking spoils when winning their games – the Dons had eight players kick between 15 and 30 goals. The trick will now be to continue spreading the load while making the most of Daniher’s talent.

Jake Stringer was the boom recruit going into last season and did lead Essendon’s goal-kicking in the end despite John Worsfold trying to turn him into a midfielder. The fact is that he’s a power forward. He kicked three or more goals seven times last year but was goalless the same amount. He needs to be settled forward, where he can do the most damage. 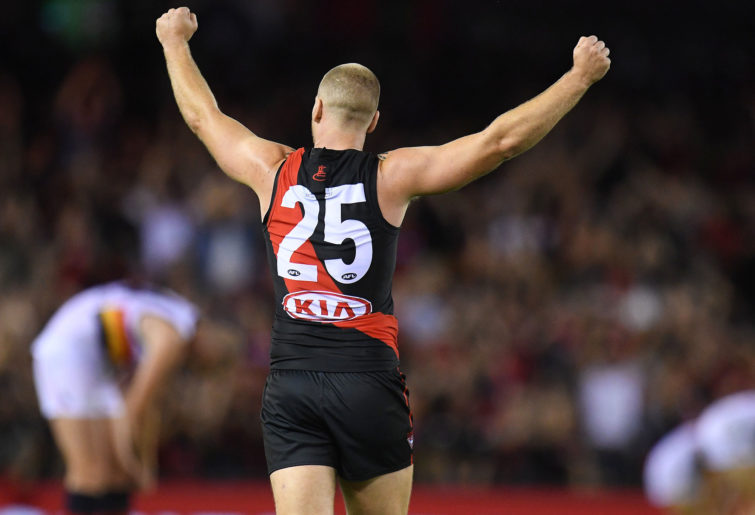 Anthony McDonald-Tipungwuti is the excitement machine up forward, to borrow a cliche, but he does have that uniquely Indigenous knack for being able to shape a match with only a few touches. Mark Baguley has reinvented himself as a pressure forward after years as a back pocket and is applying the lessons learnt from standing many crafty forwards.

A fully fit Orazio Fantasia will be a weapon for the Dons, and it was no coincidence that Essendon had a 9-4 record when he was in the side last year. He adds even more speed to the forward line, kicks goals, sets them up and worries the opposition.

There are few easy openings to a season, but the Bombers don’t have the hardest five weeks to begin – matches against St Kilda, Brisbane (in Melbourne) and North Melbourne give them an opportunity, with fixtures against GWS and Melbourne mixed in to provide sterner tests.

Essendon appear well balanced up forward and down back with a midfield that does have some depth to it if everyone stays fit, but against the best sides they’ll be looking to break even in that part of the ground and win their games from defence and attack.

The Bombers have landed some big names in the last two years and are hoping for full seasons from big names like Daniher and Fantasia. Will it lead to a big rise up the ladder?