It was a tumultuous end to 2018 for the Penrith Panthers.

After starting the season so well, they thrashed the Dragons to lead the competition at the half-way mark. After a couple of seasons where they fell short of some lofty expectations, it looked like the Panthers may be putting together a premiership tilt.

For a variety of reasons, it wasn’t meant to be. Origin obviously became a factor, with the Panthers halves pairing playing the entire successful series for NSW. Injuries began to catch up with them. Peter Wallace, Tim Browne, Sam McKendry and Dylan Edwards would all fail to see out the season.

Reagan Campbell-Gillard, Waqa Blake, Nathan Cleary and Josh Mansour would spend significant time on the sidelines. After starting the season with just promise, a pair of losses would signal that the Panthers still weren’t up for the title fight. Two humiliating losses to the Sydney Roosters and Brisbane Broncos highlighted some extreme deficiencies.

While they would become the comeback kids of 2018, this technique of running teams down, while starting slow, did not stand up when it mattered most.

At one point I lamented how far the Panthers had slipped off the boil when Daly Cherry-Evans lined up a penalty goal at Brookvale Oval to put the Sea Eagles up by 20 in the second half. I questioned whether we were even going to make the finals after believing so strongly they were a chance of a premiership.

Cherry-Evans would miss that goal and in one of the most remarkable periods of play I’ve seen, the Panthers scored four tries in eight minutes to steal the game.

What strikes me about this group, and gives me great confidence is the resilience and fight this team has, not just last year but for a number of seasons. 2017 was a rescue mission in itself, losing seven of their first nine matches, they resurrected their season in an afternoon, erasing a 22 point deficit to beat the Warriors in another extraordinary performance.

They would go on to week two of the finals that year.

By the time the finals rolled around last year, and with the Panthers going down 18-0 in the finals to the Sharks I had learned to believe. It wasn’t ideal but I knew they had it in them. As they chewed into the deficit in the second half to tie the game up at 20 all I was delighted but hardly surprised, and probably convinced they were coming home to steal it as they had done so many times.

As it was, Valentine Holmes’ daring short kick-off would sway the momentum, and down by one, Nathan Cleary would miss a sitter from right in front to level the game once again.

The off-season gives you a chance to reflect, as the anticipation builds for the season ahead. It doesn’t matter how rational you want to be it is an opportunity to believe. Before a ball has been kicked, everything sounds good in theory, things can only get better.

Anthony Griffin wasn’t working for the Panthers. As strange as the decision might have seen at the time, the Panthers weren’t going to win the title last year, but they certainly should have been in calculations. Griffin was in his third season in charge but those alarming losses simply shouldn’t have been happening.

His failure to manage the workload over Origin, some strange positional decisions, and the trend of slow starts was just some of the writing on the wall.

The original tenure of Ivan Cleary always felt like a journey. It felt like a real concerted, and calculated building of the club, where the Panthers always exceeded expectations. 2015 was an unfortunate speed bump, with injury crippling their season after a preliminary final in 2014, it would spell the end of Ivan’s first stint at the club.

Anthony Griffin’s tenure felt like mediocrity, like treading water. They were entertaining and gutsy at times, but overall they made no progress. Three consecutive week two final exits were fine, but they were just that. They left fans wanting more.

For all the angst that the coaching circus might have created last season, the uniting of the Clearys is a good story, a great one for the Panthers. You can call disloyalty all you want but it the story of a coach taking a rare opportunity to coach his son, and to finish what he did start, back in 2012.

Ivan never wanted to leave, and I would say that neither did the vast majority of the fan-base want him to. He handed a number of the players who star now, opportunity, and restored some pride and culture in the Panthers. He deserves this second shot, and in the scheme of things, the messy merry-go-round is part and parcel of rugby league.

The Wests Tigers themselves would do well to remember their recent coaching history and their handling of Robbie Farah.

I can’t contain the excitement and optimism at this time of year. You have to enjoy it, and after a large chunk of mediocrity, it is nice to be in an era where the Panthers could be set to thrive. Rugby league isn’t a game to me, it is more like a person or relationship.

It is hope, happiness, joy, heartache, love, hate, disappointment and excitement. With such a hideous off-season I’m so glad the season is kicking off. All the games to be played. The tales to be written. The frenetic finishes. The sizzling solo tries. The controversy. The hype.

They welcome back Dylan Edwards. After promising start to his career, his season was cut short in 2018 with a shoulder injury. He is a strong runner of the football, and the Panthers did struggle to fill his spot towards the end of last year with a few players having a crack at the number one.

He forms part of a strong back three that includes Dallin Watene-Zelzniak and Josh Mansour. DWZ was strong for the Panthers and New Zealabd at fullback to end last season, making plenty of metres. Getting out of trouble and kick returns should be a real strong point for the Panthers, with all three strong runners of the footy, as well as tackle breakers.

Mansour has had a couple of bad injuries in the last two seasons, and it is easy to forget just how good he can be. His last full season in 2016 saw him score 16 tries and play for NSW and Australia. If he can stay fit, look for him to return to his best.

Despite an injury last season that restricted him to just 16 appearances, Waqa Blake had 14 tries to his name on the damaging left edge of the field. He was top try-scorer for the club and you sense that he is another player that, if he gets a full season, could be up with the best centres in the game.

Tall, fast and hard to handle, his combination with Viliame Kikau, Nathan Cleary and Josh Mansour on the left will be crucial. Dean Whare remains one of the best defensive centres and most consistent performers in the game. With James Maloney switching sides this season, the hope is that Whare will be able to assist Maloney’s defence.

The halves pairing of Nathan Cleary and James Maloney didn’t get enough time to gel last season. An early injury to Nathan, changes in the spine and throughout the team, and other factors meant it never felt like the combination really ignited. Cleary Sr has worked with Maloney before at the Warriors and should understand the role he wants each to play. They both have strong long kicking games, can run the football when the opportunity presents itself and are sharpshooters off the tee. If Ivan can better define their roles without limiting either of their games, they could be the best combination in the league. Having Jarome Luai in your back pocket isn’t bad either, for when Origin rolls around.

They have some experienced big men up front. James Tamou and Reagan Campbell-Gillard have both played Origin, as has Tim Grant who returns to add experience. Jack Hetherington is the young firebrand. Moses Leota has looked strong in limited first-grade time.

James Fisher-Harris was one of the Panthers’ best last season at lock. Issah Yeo has been one of the most consistent players for the Panthers since his debut back in 2014.

Then there is Viliame Kikau. What a talent this kid proved to be last year. Big, powerful, skilful, he has it all. Galloping into the backfield he would be a scary sight for any fullback. He has more in him though, just how much remains to be seen.

All this is just on paper though. The trials and tribulations will come. So too injury, Origin and pressure to perform. If they don’t start well the doubt sets in, it can cripple a season. So too can an injury to a key member of the team. First and foremost, they have to move past the controversy that has engulfed the club in the past few weeks.

At the end of the day, it is another season in one of the most unpredictable competitions. The Panthers may lift the trophy but they have 15 other teams to overcome to get there. They have their demons to exorcise, and their doubters to prove wrong.

It has been an exciting few seasons at the foot of the mountains, but the time has come to get the “five-year plan” finished. This is a team that believes and never gives up, and this could very well be their year.

‘Without doubt one of the bravest acts I’ve ever seen on a rugby league field!’ 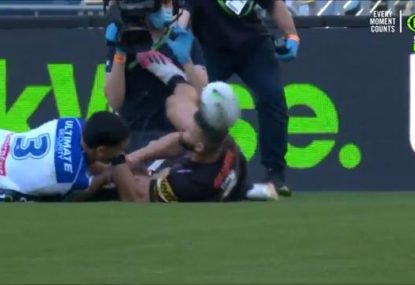 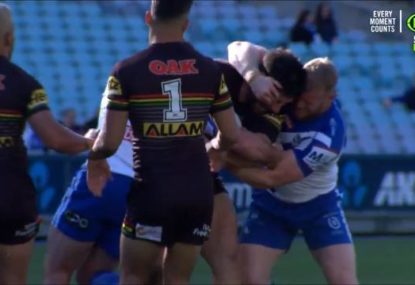 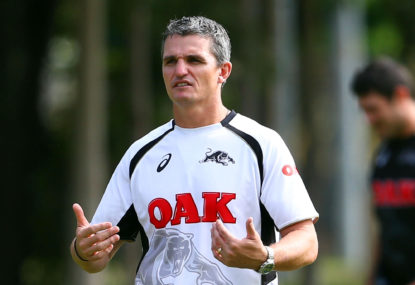 Some players eat pressure. Cometh the hour, cometh the man.