The NRL is back for what should be another incredibly close season and it’s a huge clash to open proceedings, with the Melbourne Storm and Brisbane Broncos to clash in the Victorian capital.

Coming off a grand final loss, the Storm bring a changed spine into the new season.

The Victorian club have been one of the more successful teams since they were formally admitted to the NRL, but they’re starting to move into a new era following the departures of Cooper Cronk (Roosters) and Billy Slater (retirement) in consecutive seasons.

While they have talented youngsters in the spine, they are exactly that, rather than experienced veterans with a track record of getting the job done.

Speaking of youngsters, the Broncos have them in spades, particularly in the form of a youthful forward pack.

Brisbane were involved in the messy coaching saga at the beginning of the off-season, which ultimately ended up in them losing Wayne Bennett and gaining Anthony Seibold.

They’ll be looking to take big strides forward on their efforts last year, which saw them finish sixth before being eliminated by the St George Illawarra Dragons in the first week of the finals.

The Storm have few shockers to open the season, which isn’t exactly a surprise given where everything finished for them in 2018.

The biggest loss is obviously Billy Slater. The pre-season injury to Scott Drinkwater left Bellamy with just the one option – Jahrome Hughes to fullback, and Brodie Croft into the halves.

Their combination is crucial to the Storm’s chances, as is the improvement of Cameron Munster in the number six jumper.

Their pack is more or less as expected, with Kenny Bromwich winning the race for a second row position which was up in the air. Otherwise, expect Nelson Asofa-Solomona to go to the next level, Felise Kaufusi to continue his improvement and Dale Finucane to be a thorn in the side of all opposition sides.

The bench is also a strong one. Brandon Smith came on in leaps and bounds last year and will take some pressure off Cameron Smith at hooker, while Christian Welch, Patrick Kaufusi and Tui Kamikamica round out the bench. 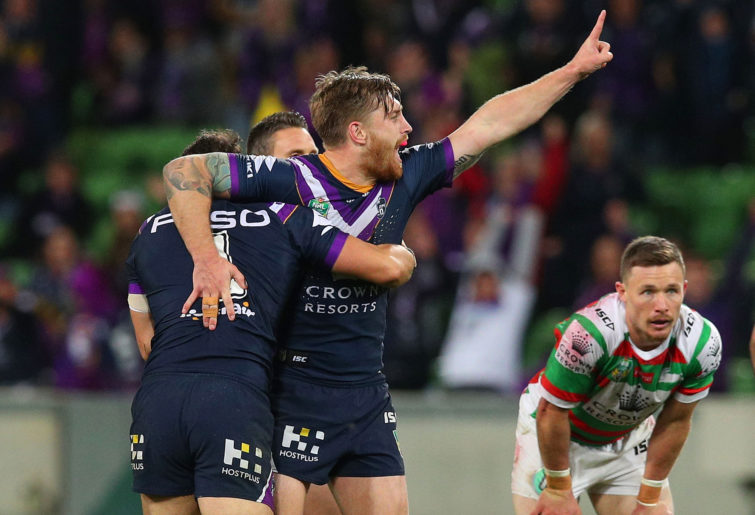 All the excitement heading into the new season at the Broncos has been around their pack. While Payne Haas is suspended and David Fifita is stuck on the bench, Joe Ofahengaue gets his shot at locking down a starting spot thanks to the departure of Josh McGuire.

Matt Gillett being back at full fitness and rounding out a middle third which also features Matthew Lodge will make them strong, with Alex Glenn and the barnstorming Jaydn Su’A on the edges.

There are no real surprises in the backline either. They again have the running-half duo of Anthony Milford and Kodi Nikorima, while Jack Bird will be hoping for a much stronger season than 2018, and Jamayne Isaako again lines up on the wing aiming to beat the second-year blues after being a breakout star 12 months ago. 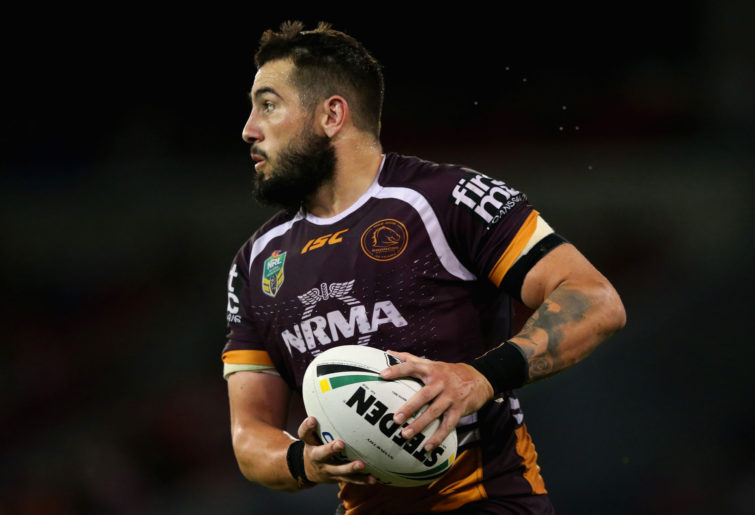 Can Cameron Munster control the Storm?
The Broncos forwards might be strong, but their kicking game isn’t. If Storm five-eighth Munster can get his right the hosts will be able to control possession and territory – the key to winning any game of footy.

Munster has predominantly been a ball-runner to this stage in his career, but this is the season he needs to reign things in a little bit and focus on what’s best for the team – in this case, adding a first-class kicking game to his repertoire.

He will still have the opportunity to play what’s in front of him, but he (outside of Smith) is now the senior figure directing traffic, and it’s a role he needs to embrace if the Storm are going to get the better of Brisbane tonight, who no doubt will have him under pressure with their fast-moving, agile forward pack.

Can Andrew McCullough outplay Cameron Smith?
The battle of the hookers is a double-edged sword in this game.

There can be no doubting the ability of Cameron Smith. He is the best hooker this game has ever seen, and more than ever will be the key man every time Melbourne take the field this year.

Without Billy Slater to back him up, he has to be at his best – a level we haven’t seen for the best part of two years. Frankly, it’s a level most are unconvinced he still has, as the veteran draws closer to retirement.

Smith’s opposite number, Andrew McCullough, is a great defender but will have his hands full dealing with the creativity and smarts of Smith.

Every time McCullough has missed games with injury in the last few years, the Broncos have felt it.

He adds so much solidity to the middle third, making well over 40 tackles per game. If that continues, it might alleviate some of the defensive fears over Brisbane.

If it doesn’t, Cameron Smith is going to march all over them. 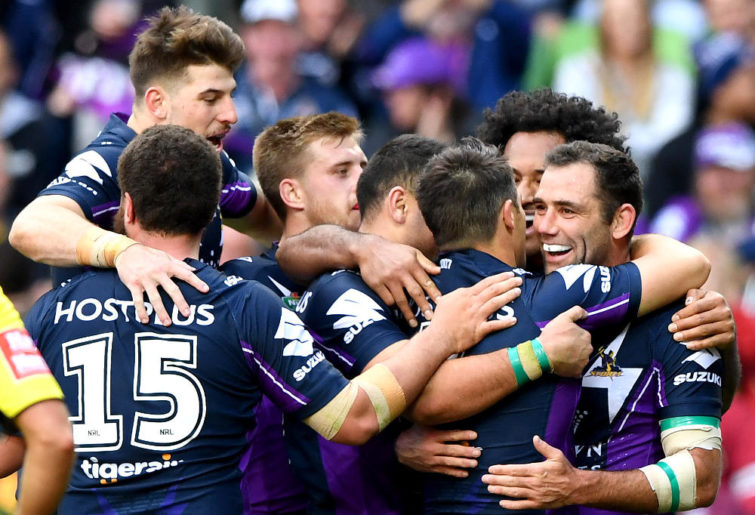 Can Melbourne utilise their attack out wide?
The biggest asset Melbourne have is their outside backs. Josh Addo-Carr was the best winger in the game last year, while Suliasi Vunivalu has the potential to be just as good, even if he regressed from his stellar 2017 last season.

One of the big things for the Storm is getting the ball wide, and getting it wide early.

Their structure is going to change a little bit from last year without Slater directing traffic at the back, and playing a more aggressive, up-tempo style of footy might be the way to go.

With good passers – Munster, Croft, Smith, Curtis Scott and Will Chambers – all across the field, they should be aiming to get it into the hands of their vicious wingers against a compressed defensive line early in the set.

With questions around the defence of Jack Bird and Corey Oates in particular, big metres and possible tries out of their own half could prove all the difference in this one.

This could be and an old-school scrap with two good packs playing end-to-end footy, but struggling to post big scores.

The Storm are at home, and they normally prove incredibly hard to beat at AAMI Park. Add to that the occasion of the night, with the Billy Slater grandstand being formally unveiled, and the Broncos having plenty of youth in their pack, and it’s hard to see the visitors keeping up for 80 minutes.