There's a lack of star power in the All-Star Mile

The All-Star Mile will be run and won on Saturday and a good horse will collect $2.25 million for connections. There is no doubt about that.

What is in doubt is the need for such a race. How can it possibly be an All-Star race when Winx isn’t lining up? Or The Autumn Sun, for that matter.

There are no international entries for Saturday’s inaugural event and it has simply become a $5 million race for the likes of seasoned campaigners Happy Clapper and Hartnell, as well as a few up-and-comers.

The pure fact that horses like Foundry, Balf’s Choice, Mr Money Bags and Urban Ruler – which couldn’t run out of sight on a dark night – are racing in this event says it all.

This is no All-Star event.

Poorly thought out to start with, the All-Star Mile was created in a panic to the initiative being shown in NSW.

Racing Victoria likes to be the king of feature races and when another jurisdiction threatened to steal some of its thunder, it gathered its stakeholders and created this new event.

But where Racing NSW chief executive Peter V’landys has differed from Victoria is that he has created races that will actually attract the best horses.

One of things I like most about The Everest, for example, is that it has created a “grand final” race for the best sprinters in the country – and potentially those from overseas – and made it the richest event in the southern hemisphere.

And, even better, the prizemoney is virtually self-generated from ballot owners.

The All-Star Mile is not only being funded out of the kick of the Victorian racing industry, but an additional $1 million has been spent on promoting the damn thing.

While Racing NSW did spend a chunk of money to sell The Everest, it didn’t need to try and buy column inches in newspapers and on online news outlets. 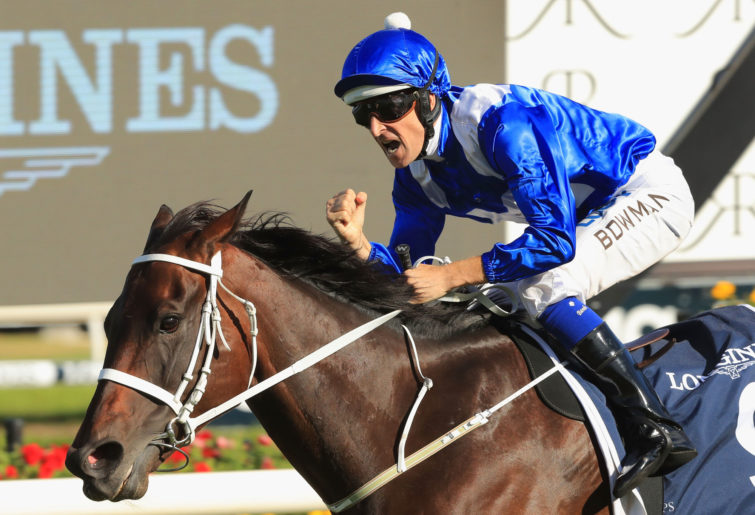 The concept of the race was strong enough and the quality of contenders allowed it to stand on its own two feet, just like the Melbourne Cup, the Cox Plate, the Newmarket Handicap and so on.
And there’s also a reason why Racing NSW had to get creative.

For the past 100 years, Victoria has been kicking its backside when it comes to feature races and getting the public interested in racing.

That’s because Victoria has history on its side, as well as world-class prizemoney for its feature races.

The idea of the All-Star Mile is OK in theory, but it needs a lot of work. For starters, you need the best possible horses willing and available to race in it.

If you want to create a $5 million race where the field is determined by the public, that’s also OK. But don’t call it an All-Star race.

The Newmarket Handicap was worth $1.25 million last Saturday. The winner Sunlight earned a “paltry” $750,000 for her gutsy performance against 21 rivals.

Throw more money at time-honoured races like the Newmarket, as well as the Australian Cup, also worth just $1.5 million, instead of gimmicks like the All-Star Mile.

If you want to put on a $5 million race, give the punters some actual stars.

Due to the fact I’m overseas at the moment, there’ll be no tips this week. But I would be very surprised if Alizee didn’t get the job done after her very impressive last-start win.