This time every year, people from all around Australia try and pick their NRL top eights. They use ‘form’ to do it.

As someone who likes numbers, I thought I’d have a quick look and see how you would go doing the same thing by using patterns.

I have started with the ‘base’ year being 2000 and have gone up until, of course 2018. I didn’t go any further back, because there are too many teams that were in the comp that aren’t any more.

For 2000, there are still some changes, as there was no Souths or Gold Coast in those years, while there was a team called the Northern Eagles. When people ask, “who’s worse than Manly?”, that’s your answer.

Before I get into the detail, I will say that I have still kept Melbourne winning the competition in the years the title was stripped, because I think it keeps the data consistent. I am not advocating them getting their titles back (sorry Smithy).

What do we ‘know’ about the NRL? There are two things we can say with a bit of certainty. No one goes back to back, and you have to be in the top four to win the comp.

That rules out the Roosters. They can’t win. Rather than just rely on one statistic of no-one going back to back, how about this?

Only five times in 18 years has the team winning the comp won the minor premiership the previous year. Four of those were Melbourne, the other St George. So, less than 30 per cent of the time does the team that finishes on top of the table the year before (whether they win the title or not), go on to win the title the following year and no one has won it back to back.

So, the Chooks are out.

Melbourne are also out. They’ve ‘won’ the title four times, and every time they have finished minor premier the year before. Weird. So they are also out.

Anyhow, we know the teams will have to finish in the top four this year, but what about last year? On fifteen occasions, the team that won the comp were in the top eight the year before.

Only three weren’t; that’s Penrith (2003), Wests Tigers (2005) and the Roosters (2013). Statistically speaking, it has to be someone from the top eight last year, except the Roosters or the Storm. Or the Broncos. 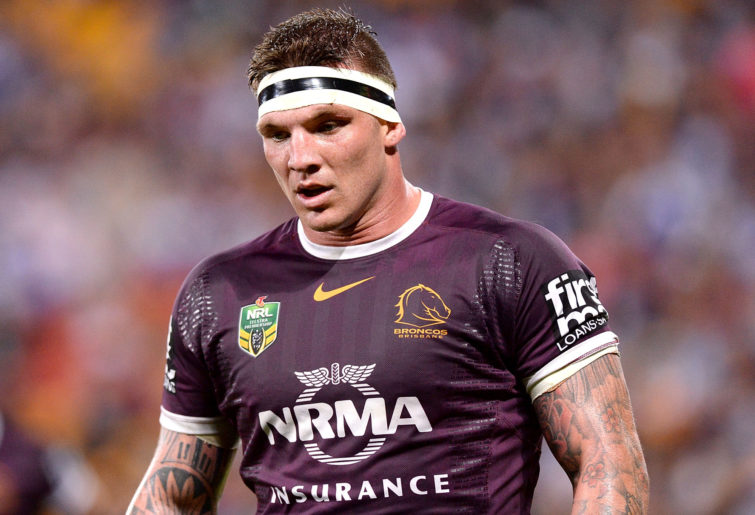 Eleven times out of 18, the team that finished sixth one year dropped out of the eight altogether the next year. In the 19 years (including the base year of 2018), Brisbane only missed the top eight twice and, in one of those years, they finished sixth the year before.

So they can’t win because they won’t even be in the finals. That doesn’t matter anyway, but I just wanted to add a stat to show they were likely to miss the finals altogether.

So, it may be impossible to go back-to-back, but it certainly helps to have been good the year before.

In fact you’re as likely to win almost from being in the fifth–eighth positions last year as you are from not even making the finals last year. Don’t get too excited Parra fans, its still not your year.

The team most likely to win was in last year’s top four, but it can’t be the Roosters or the Storm. That leaves Souths and the Sharks.

Now, only Newcastle have come last more than South Sydney in this period, and the Rabbitohs weren’t even in the comp for a part of that time. Not only that, the only reason they didn’t come last in 2003 was because the Bulldogs were stripped of all their points. That said, no team has ever won the title having finished fourth the year before. Never. So the Sharks are out.

That means it’s Souths for the title based on those stats – and let’s not forget the new coach has won the comp seven times as well, more than any other coach.

What else can the stats tell us? There has never been a year where the top eight from one year has stayed the same. The closest was 2002 where the Bulldogs, who finished last, would have made the top eight if they hadn’t been stripped of their points – so there’ll be changes.

Seven times there has been three teams from the previous year’s top eight drop out altogether and five times there’s been four teams. The average overall is about three so lets go with that.

We know Brisbane are one of them, so that’s a start. We know Souths can’t drop out because they are winning the competition, certainly from this year’s top four. So which of the Roosters, Melbourne, Cronulla, Penrith, St George and the Warriors miss out? Surely not the Roosters. The good old premiers. Surely that couldn’t happen could it?

You know, it’s only ever happened twice where the minor premiers from one year miss the top eight altogether the next year. You guessed it, however, it was the Roosters both times; 2004-05 and 2015-16. So they’re out too.

The teams ‘least’ likely to miss out statistically are those coming first or third last year (but we’ve already kicked out the Roosters).

That also plays into Souths hands as, having finished third, they are least likely to finish outside the eight – further evidence you can pencil them in for October glory.

We’ve said that the team finishing sixth is most likely to go (so bye bye Brisbane). The next most likely isn’t eighth though, it is seventh. That’s St George.

Just imagine for a second if Souths do win the comp and Brisbane don’t make the eight. Stay strong Mr Seibold.

So we now have a top ‘five’ of Souths, Melbourne, Cronulla, Penrith and the Warriors. Who fills their spot?

Not Parramatta. Last is the least likely spot to jump into the top eight from the next year. I know that there weren’t 16 teams in the comp for some of this period, but c’mon; Parramatta? Nah. 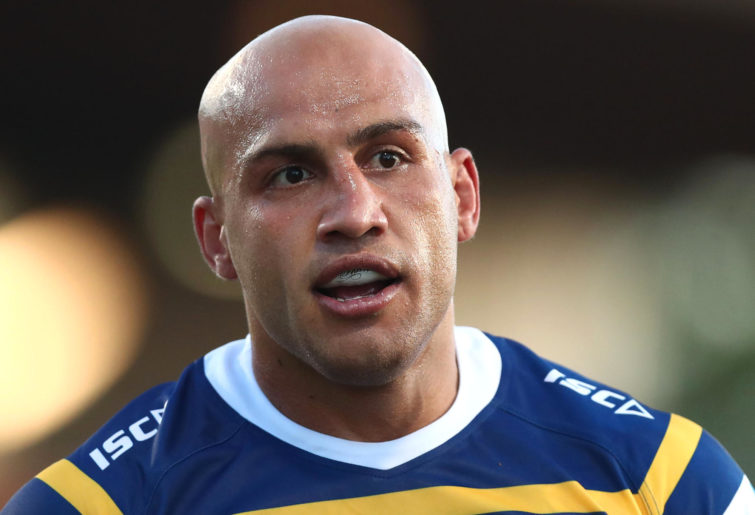 Eels in the eight? No chance. (Photo by Mark Metcalfe/Getty Images)

It’s also not the Bulldogs. Teams coming 12th have jumped into the eight fewer times than teams finishing 15th (and there hasn’t always been 15 teams in the comp), so they’re out.

Well done Newcastle, your time has come – but you won’t win the comp. No team finishing 11th one year ever has won the premiership the next.

Teams coming 11th in one year have actually jumped into the top eight more than half the time the following year. Teams in 13th make the jump 50 per cent of the time (looking at you Cowboys), and then tenth (Canberra) a little less than 50 per cent. Going in Canberra’s favour is no team bounces in and out of the eight as much as them, and they haven’t been in for two years.

In fact, given how consistently inconsistent they are, I’d almost say they’d win, except again, no team running tenth in one year ever has the next year.

So then, there we have it. Souths to win, with the following rounding out the top eight (in no particular order), Melbourne, Cronulla, Penrith, Warriors, North Queensland, Newcastle and Canberra. The rest are also rans. 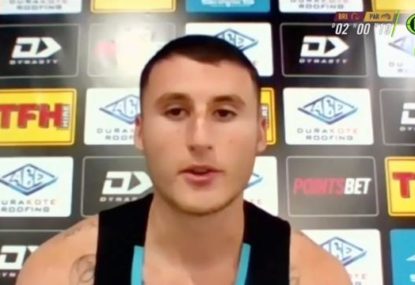 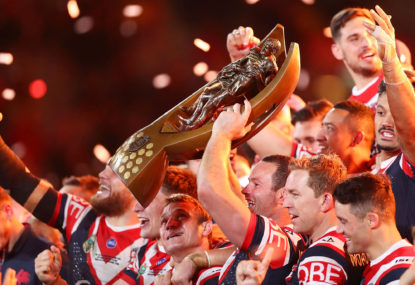