Nico Hulkenberg and Romain Grosjean have been staples of the Formula One grid for the best part of a decade, sharing more than 300 Grand Prix starts, yet it’s hard to believe that neither has recorded a victory whilst one hasn’t even graced the podium.

It shapes as a defining season for both, the former presented with a double-edged opportunity to prove his worth following the arrival of an esteemed competitor, and for the latter a chance at redemption following an error laden campaign evocative of his earlier days, lest he finds himself out of a drive.

In light of Daniel Ricciardo’s surprising decision to join Renault, Hulkenberg’s ninth season on the grid carries the greatest risk versus reward of his career.

The German, who holds the unenviable record for most starts without a top-three finish, is pitted against the Australian who has seven Grand Prix wins under his belt and is one of the most popular personalities in the sport.

Whilst the French manufacturer remains a way off victory and title contention, Hulkenberg – having joined the Enstone outfit in 2017 – must assert his experience with the team from the outset if he’s to deny its efforts from quickly being focused on Ricciardo.

The sport’s long anticipated next set of regulations come online in 2021, representing the team’s most realistic opportunity to make the leap into Mercedes and Ferrari territory, with anything before then a fanciful notion, so the intra-team rivalry will be the major assessment point.

Thus, the 31-year old – who comes off contract at the conclusion of this season – needs to demonstrate his future potential, irrespective of unlikely victories or podiums, in the opening races if he’s to enjoy the leverage to negotiate a renewal that gives him the chance to be at the forefront of a championship tilt.

How different things could have been had he not collided with Lewis Hamilton after leading at Brazil in 2012, or had a Ferrari berth materialised in 2014, when the Maranello outfit opted for Kimi Raikkonen.

Instead, he’s established himself as somebody always thereabouts, rock solid if not spectacular, but unable to take the next step most believe he’s capable of. 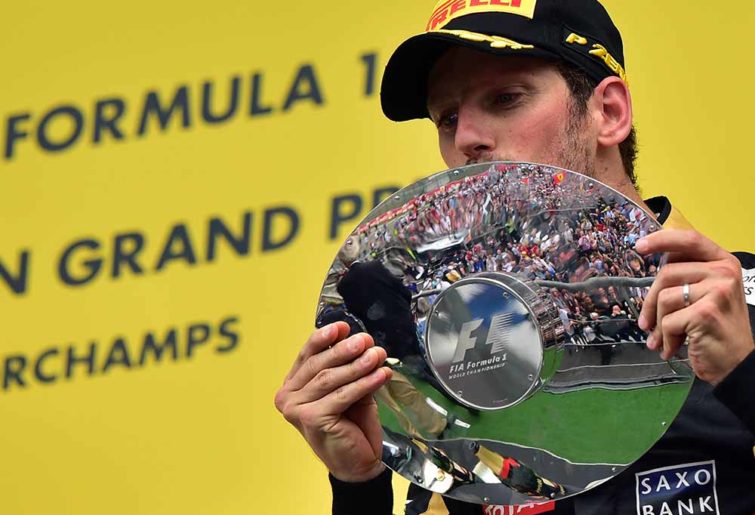 As for Grosjean, he enters his fourth season at Haas firmly needing to deliver consistent results to guarantee his livelihood in the sport, having been soundly trounced by team-mate Kevin Magnussen last season.

The Frenchman endured a dismal opening third to his 2018 campaign, and the sport’s recent Drive to Survive Netflix docu-series, brought to light tensions surrounding his repeated errors.

This was reminiscent of his 2012 antics leading to a one-race suspension, which ultimately cost the team fourth in the constructors’ standings.

Indications are that Grosjean possesses the raw speed only a select few on the grid enjoy. Unfortunately this being put into practice has been rare, frustrating everybody by shaping as another with all the talent necessary though unable to realise his potential.

Aged 32, Grosjean needs to rapidly rediscover his 2013 form, when he was the only driver who came close to Sebastian Vettel in the back half of the season.

It’ll be a stretch for Haas to topple Renault, yet with other midfield teams threatening, he needs to be contributing points regularly.

There’s more to lose for the Frenchman, who can count on more than a reasonable share of opportunities to warrant being lost to the sport, though it doesn’t mean that Hulkenberg’s reputation won’t live or die by the outcome of this season.

If he were to rise to the occasion and triumph over Ricciardo, there’d be a few scratching their heads wondering about the enigma.