Ireland's collapse should be a lesson for Cheika and company

A principle of philosophy is that ‘not to go forward is to go back.’ Applied to rugby this principle requires successful teams to improve if they want to remain successful.

The experience of Ireland in this year’s intense Six Nations tournament is an example of how remorseless this principle is when teams lose confidence and their results begin to fall away.

It is difficult to accept that only a few months ago Ireland defeated the All Blacks in Dublin and the team was positioning itself to become the number one side in world rugby.

What was in coach Joe Schmidt’s mind to opt for the roof of the Millennium Stadium to be open when rain was predicted and duly came to make the field slippery and ball-handling under pressure difficult?

Ireland has built its game in the last few years around a seemingly endless re-cycling of the ball followed by the bomb until a penalty or a line-break is forced.

The wet conditions hindered the way Ireland played its re-cycling game, rather as if someone had flooded a Rolls Royce engine with water.

As a consequence Ireland dropped the ball on numerous occasions, made mistakes in the set pieces and put themselves under such pressure that the usual automatically accurate play of Johnny Sexton and Conor Murray broke down with sloppy passing and inaccurate kicking. 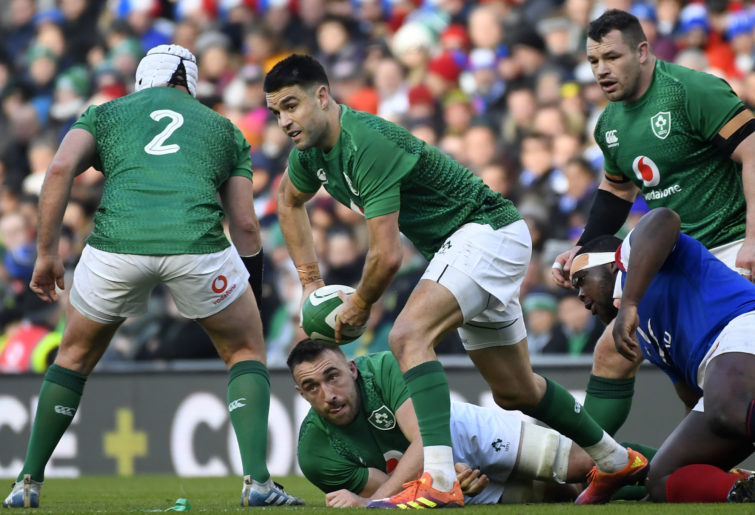 I would argue that Schmidt’s decision to allow the elements to somehow dictate how the game was going to be played, forcing an arm-wrestle rather than a free style wrestle, was an admission that his team needed bad conditions to somehow work as a leveller for both teams.

As it was, Ireland struggled from the beginning of the Test and were never really in the match after the kick-off which saw their catcher bundled into touch on the 22.

You can usually work out the mental state of a player, especially a leader like Sexton, from their reactions when things go wrong for him or his side.

Sexton displayed anger several times in the match, at himself and his teammates, when mistakes were made.

When a playmaker gets angry, the team is in trouble. The more trouble a team is in, the more a playmaker needs to be cool, calm and collected.

One of the reasons Sexton was so angry, an anger born out of frustration admittedly, is that Ireland only really have a Plan A. If the re-cycling plus bomb game breaks down, there is no Plan B to go to.

Towards the end of the match, for instance, when Ireland were 25 points behind, Sexton was still continuing with Plan A, which admittedly resulted in Ireland scoring a try at the end of the Test.

Under Schmidt, Ireland have won three of the last five Six Nations titles and had 23 victories in 26 matches.

But there are clear signs that Ireland, or more importantly its best players, are nowhere near as good now as they were last year.

It will be a test of Schmidt’s coaching for him to somehow present a side in Japan that has new elements to its game that take some of the predictability out of Ireland’s play.

I would add one further point about Ireland, Wales and England and their Rugby World Cup 2019 chances.

None of these teams are generally as impressive playing away than when they are at their home fortresses.

Warren Gatland admitted that when his side beat France at Paris to start their 2019 Six Nations campaign, he knew they would win the tournament.

Wales played England and Ireland at Cardiff. The atmosphere of nationalistic fervour there has to be experienced to be really understood.

It is one of the great experiences in rugby to witness Wales playing at home with the singing, the noisy, intense and knowledgeable crowd, the passion on display, on and off the field, and the way the players in their scarlet jerseys respond to the surging noise of their supporters.

Will Wales, without this emotional support, be able to lift themselves in Japan, and will the hwyl be created by the players when the atmosphere will be that of an away game?

We come now to what all this might mean for coach Michael Cheika and his Wallabies who confront a confident and successful Wales side in the pool rounds of the 2019 Rugby World Cup tournament.

The basic problem for Cheika is that since their finals performance in Rugby World Cup 2015, the Wallabies have become progressively worse in their play and, consequently, with their results.

There are a couple of reasons for this. The Cheika game plan seems to be stuck in the same groove as in 2015. And although he has selected numerous new Wallabies, the core of the team remains essentially the same.

In an era of intense scrutiny of players and tactics, these factors mean that the Cheika game plan and the way his players try to carry it out have become so familiar to opponents that the ways of successfully combating them are now well-known.

At the beginning of every year, the All Blacks coaches, as a consequence of how game plans are rapidly dissected, work out a new game plan. Their old game plans are actually given to all the New Zealand Super Rugby coaches.

I would think that Scott Johnson, the new Wallaby selector and coaching guru, will insist on a new game plan and new players.

And judging by Scotland’s magnificent fightback at Twickenham against England the game plan will be more expansive and less structured than the Cheika model of the last four years.

England were 31 points ahead, with four tries in the first 30 minutes, before Scotland started to come back and force a 38–38 draw.

Scotland’s tenacity and ability to make adjustments on the fly were impressive.

If Johnson can help instil these qualities into the 2019 Wallabies things might turn for them, as they have for Wales.

In terms of selection, I think the jury is in on the bulk of the Waratahs Wallabies. Yes, the Waratahs made the finals last year. But they got there with fewer points than the team they played their home final against, the Highlanders.

There are just too many of the senior Waratahs/Wallabies who are not performing for their Super Rugby side at the level that senior players should be setting.

Let’s name some of them.

I have never been able to understand why the chief executive of Rugby Australia Raelene Castle offered Hooper a new five-year contract.

She should have learnt from her rugby league experience with the Canterbury Bulldogs that long contracts like this kill off growth in a club, and end up being wastefully expensive. 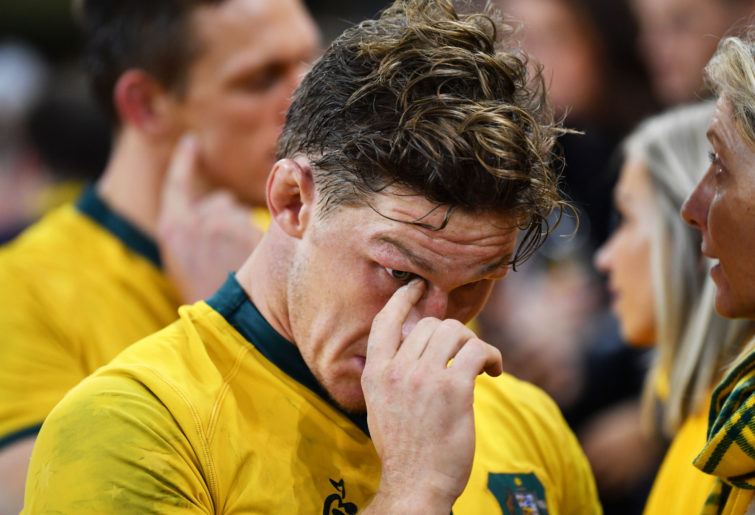 Hooper is a good player, more bustling than clinically effective like, say, David Pocock. But he is not going to get any better and his best has never made him a truly outstanding, dominating player.

One of the big decisions that the selectors have to make is who should captain the Wallabies for their Rugby World Cup 2019 tournament challenge. They should give the job to Will Genia who tends to do most of the talking for the Wallabies when he is on the field, anyway.

It is becoming clear, for instance, that the Rebels, Brumbies and the Reds have a contingent of loose and tight forwards that should provide virtually all the Wallabies pack, including most of the reserves.

I want as few as possible Waratahs in the Wallabies this year.

Only one from the team, Israel Folau, and then only as a winger, is (or should be) a certainty to make the run on side.

I can’t see any of the forwards, and that includes Michael Hooper, who can be deemed to be certainties to start in the Wallabies pack.

You had to admire, for instance, the way the Reds came back against the Sunwolves to snatch an away win against a strong, well-coached side.

The equally gritty loss by the Rebels to the Lions playing at home, in a reverse mirror of the Reds comeback, showed that the Melbourne side has improved and is continuing to improve, a good sign for the club and for the Wallabies.

The Genia-Cooper-Meakes link for the Rebels between backs and forwards is the combination the Wallabies have to take to Japan.

I know, I know. I have been generally critical of Quade Cooper. He has been a playmaker who almost invariably over-played his hand and stood too deep to challenge defensive lines. 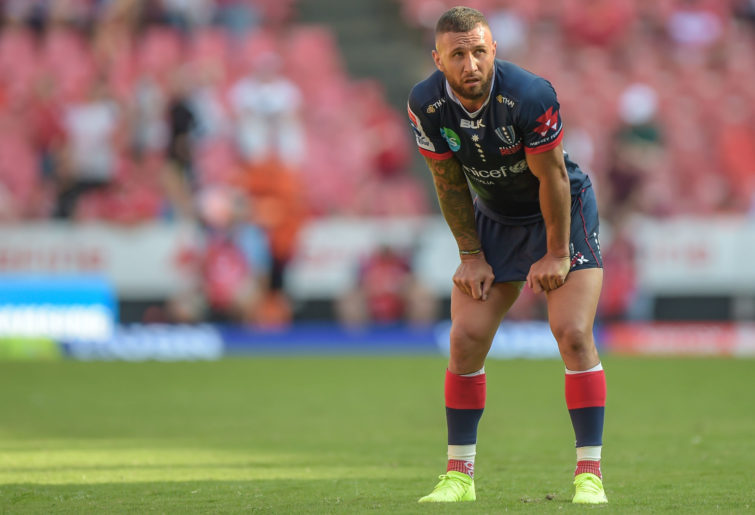 But he has kept his extravagant trickery under control this year. He has played flat and relied on his skilful passing game to set up tries for his team.

His pop-up pass to a deep runner to set up a Rebels try early on against the Lions was a thing of exquisite skill and effectiveness.

It was this passing game early on in his career that moved me to describe him as the Picasso of the Pass.

When he made a tackle against the Lions, the commentator noted its significance as if it were the rugby equivalent of Halley’s Comet.

This year his coach Dave Wessels seems to have got the best out of him. And Cooper’s best is miles ahead of any other Australian playmaker.

What I take out of the rise of Wales to number two side in the world and Ireland’s ‘capitulation,’ as one reporter described it, is that things can move quite quickly for sides, either moving up the table or down it.

Over to you, Michael Cheika, Scott Johnson and Michael O’Connor.