We were shocked but not surprised by Mercedes’ pace at the Australian Grand Prix.

Not that anybody anticipated its downfall, but due to the pre-season belief that Ferrari had made a definitive leap forward regardless of any ‘sandbagging’ from the Silver Arrows, only to find itself well adrift in Melbourne.

Lewis Hamilton and Valtteri Bottas locked out the front row at Albert Park for the season’s curtain raiser, both almost six tenths clear of their nearest rival, in this case, Ferrari’s Sebastian Vettel, in a devastating repudiation of the German’s earlier confidence.

The positions were reversed between the first two on Sunday, with Red Bull enjoying Ferrari’s measure as Max Verstappen encouragingly finished hot on Hamilton’s tail in third, tangible proof that it won’t be making up the numbers.

As impressive as the top three results were, it was Vettel’s distant fourth, with Charles Leclerc trailing in fifth to complete an anonymous weekend for the Scuderia, which raises grave concerns about where the Maranello outfit got it so wrong having looked so poised only a few weeks ago.

This in itself shouldn’t be news to many as it’s far from the first time it has come up short despite every indication suggesting otherwise, but the listlessness evident at Melbourne doesn’t inspire much confidence in a swift turnaround, unlike its strong start to previous seasons.

The Ferrari factor naturally magnifies the disappointment, having enjoyed its share of opportunities in recent seasons and failed in ubiquitous fashion, though in representing the most realistic threat to Mercedes’ dominance since the hybrid era commenced, the status quo consolidating itself amounts to a collective sigh that the juggernaut simply can’t be stopped.

For the German manufacturer to have sustained its superiority into an apparent sixth season, reaffirms the consistent excellence which hasn’t been witnessed in the sport’s history, and evinces the outfit’s willingness to evolve while maintaining the standard parallel with development.

Vettel accurately summarised the situation in remarking post-qualifying at Melbourne that he was “certainly surprised. I think everybody is – probably even themselves”, as the team finds new ways to raise the bar to an extent that leaves onlookers shaking their heads in admiration.

It’d be easy to lament rivals’ inability to provide any counter to Mercedes, yet it isn’t for a lack of innovation. The former simply does everything better, and as an eye turns to prioritising a tilt at success from 2021, it’s difficult to envisage the title slipping away from Brackley any time prior to then.

Even more pleasing for Mercedes was Bottas’ evident rejuvenation at Melbourne, culminating in a sizeable victory following an indifferent 2018 campaign. If the Finn, whose setbacks rendered him a shadow of his former self in the latter stages of the season, continues in this vein of form, he’ll compel Hamilton to raise his own game to yet another level if the challenge isn’t to be provided externally. 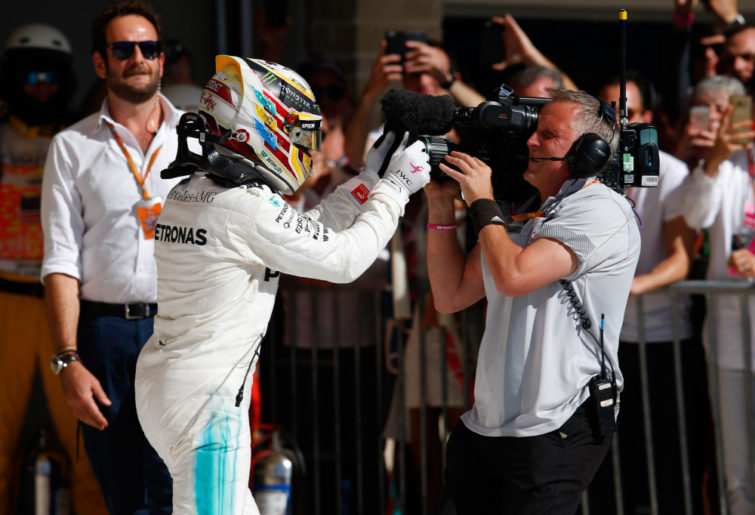 Red Bull’s first race with Honda and more pertinently, the Japanese manufacturer securing its first podium since re-entering the sport in 2015 and enduring an erstwhile troubled tenure – initially with McLaren, arguably offers more hope than Ferrari on the basis of the opening weekend.

It can be said that Melbourne isn’t the most representative circuit on the calendar, but it’s hard to deny that Mercedes has found an edge which had largely been neutralised in the recent past, which if it comes even close to its initial supremacy in the hybrid era is a scary prospect for its competition.