Collingwood were a surprise packet of the 2018 season, rocketing from a 13th-placed finish in 2017 all the way to leading a grand final with five minutes to play.

Alas, Dom Sheed kicked what has already become one of the most famous goals in VFL/AFL history, and the Magpies were denied a 16th premiership.

From a future perspective, the best thing about Collingwood’s season was the improvement they showed throughout 2018. After a 4-4 start, they only lost five more matches for the year, with three of those coming to the premiers West Coast.

The preliminary final demolition of Richmond was a case in point, given they had lost to the Tigers twice by comfortable margins earlier in the home-and-away rounds.

The Pies were both fierce and formidable in 2018. Can they sustain and then build upon that momentum to go one step further this year?

Collingwood lost no-one of note in the off-season, but welcomed back Dayne Beams from Brisbane and gained Jordan Roughead from the Western Bulldogs. 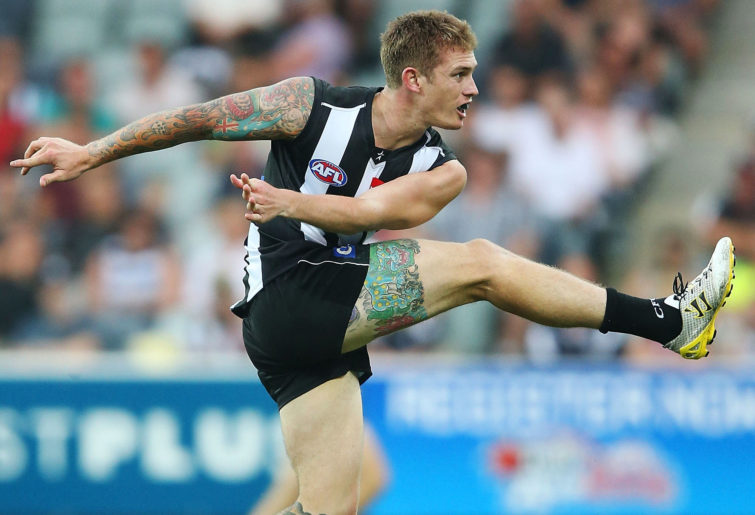 Dayne Beams of the Magpies (Photo by Michael Dodge/Getty Images)

The Pies had arguably the best midfield in the competition anyway, and the addition of Beams strengthens it even further. Daniel Wells only played three full matches in 2018, so would add even more if he can ever get fit.

But just adding a gun midfielder or two to an already stacked part of the ground doesn’t necessarily equate to an improved team – we saw that with Geelong last year adding Gary Ablett and Tim Kelly to the likes of Dangerfield, Selwood, Duncan and Menegola but still tumbling down the ladder.

There is still only one footy to go around, so the addition of Beams isn’t just going to automatically add 30 disposals and a goal or two a game on what Collingwood did last year.

When thinking about who the star of the Magpie midfield is, names like Scott Pendlebury, Steele Sidebottom, Adam Treloar and Beams are hard to split. But the true answer is Brodie Grundy.

Grundy is the closest thing to Dean Cox we’ve seen since the peak years of the West Coast champion, a monster in the ruck but an enormous around the ground presence, particularly in the clinches, with his running game also unequaled by anyone over 200cm in the league.

In The Roar AFL Top 50 voting earlier this month, Sidebottom (23), Pendlebury (24), Beams (26) and Treloar (30) were all ranked around the same mark, highlighting how much class the Pies have.

Sidebottom runs all day and uses it well, time continues to stand still whenever Pendlebury has the ball, Beams is the longest kick, best mark and most natural goal-kicker of the four, while Treloar is the most explosive. What a mix.

Taylor Adams is the workhorse of the midfield, which frees up his classier teammates, and Tom Phillips assumes a completely outside role running both ways.

Young Brayden Sier has a bright future as an inside specialist, and would be a starting player in almost every other side but is probably only depth in this squad. James Aish played through the finals and looked to have finally made it, but is another that will likely get squeezed out. He did play as a back pocket in the JLT Series though, so there may be a change of role for him.

Jordan de Goey led the Collingwood goal-kicking with 48 last year, often deployed as the deepest forward to give opposition defenders a few nightmares. Alex Rance was toweled up by him in the preliminary final, which is a sign of de Goey’s standing in the game already.

The easy comparison is with Dustin Martin, because it’s true. Will he push more into the midfield after bursts there last year?

Jamie Elliott has a lot of fans among AFL watchers, all hoping he can stay fit and get back to his best. He’s the rare marking small forward, with great instincts, a big leap and sure hands. Jaiden Stephenson won the Rising Star from the forward pocket, with his electric pace causing problems for opponents.

Will Hoskin-Elliot has fulfilled his potential at Collingwood in a way he never could at GWS, but a cleaner bill of health has helped. Mason Cox continues to narrow the gap between his best games and his worst, as well as the length of time between those events.

Brody Mihocek played an effective role as a defensive tall forward once he came into the side, and hit the scoreboard regularly. He should hold his spot, but was still kept on the rookie list rather than being elevated. Travis Varcoe has played all over the ground in his career, but continues to provide value as a forward pocket and flanker.

The Pies forward-line is an eclectic mix that worked for them in 2018, but they will have to rediscover the same chemistry this season with Elliott back in the side.

Down back, Collingwood has plenty of options too.

Roughead has been brought into play fullback while Lynden Dunn recovers from a knee injury, and also provide cover for when Darcy Moore inevitably gets injured. Moore looked extremely sharp in the JLT Series, and we know the importance of an attacking tall defender that can be a strong marking option down there.

Tom Langdon had an outstanding finals series and has fully arrived at the top level. Jeremy Howe has been a beacon of consistency as an interceptor since arriving at Collingwood. Similar to other top sides like West Coast and Richmond, the Pies backline is well stocked in regards to winning the ball back from opposition forward attacks.

Jack Crisp provides drive off halfback, Brayden Maynard has nailed down a spot as a tough back pocket, and there are the likes of Levi Greenwood and Tyson Goldsack as all-purpose options that can also play in other parts of the ground. Matt Scharenberg often commands a spot, but never gets a consistent run due to injury.

The Pies will want to be up and going early this year, given they have Geelong, Richmond and West Coast to open the season. They had a combined 1-6 record against those three sides in 2018. 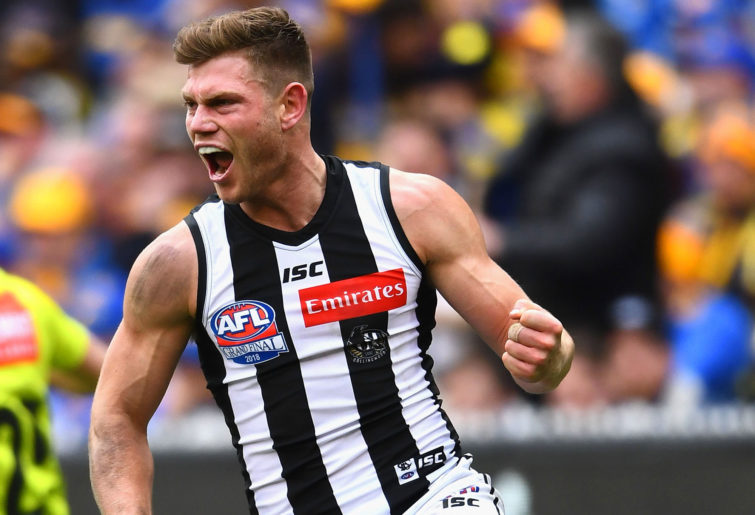 They also have double up games against the Eagles, Tigers, Melbourne and Essendon, which shapes as difficult. You wouldn’t have to go far to find someone that has those teams as their top four.

Collingwood has the best midfield in the comp, an outstanding multi-faceted forwardline, a more-than-solid defence, and unsurpassed depth. They play with ferocious intensity and high pressure, and they will be burning with hunger from getting so close to the holy grail last year.

The Pies are the team to beat when September comes around.