The Australian Grand Prix has been run and won for another year. Here are some observations.

Mercedes (Bottas first, Hamilton second)
Mercedes were utterly dominant in qualifying with a front row lockout. The gap between Bottas in second and Vettel in third was six tenths of a second, the same gap as last year, albeit that was the gap between Hamilton in first and Raikkonen in second.

Hamilton may have got pole position but Bottas was the star for me. The bridesmaid finally became the bride. Off the start, Bottas pulled alongside Hamilton and got up the inside into the lead into turn 1. He never looked back. 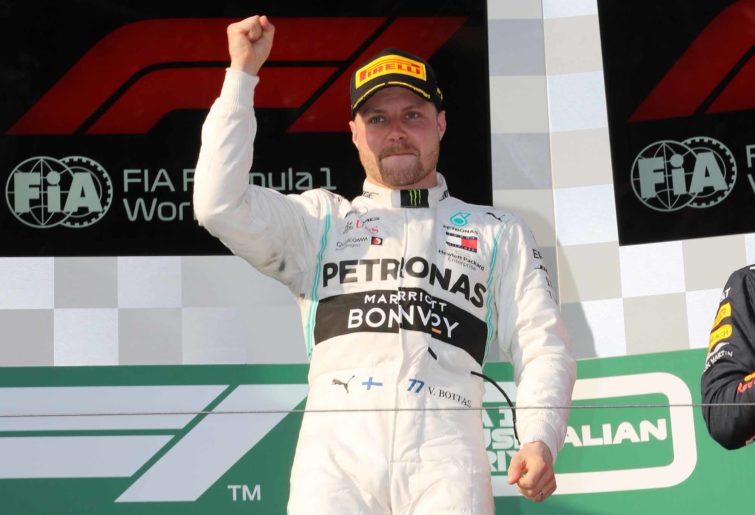 Ferrari (Vettel fourth, Leclerc fifth)
What happened? Fastest in pre-season testing but, by far, second quickest in Melbourne. In qualifying, I was waiting for them to pull the rabbit out of the hat, but the rabbit never appeared.

Yes, like I said before the qualifying gap between Mercedes and Ferrari was the same this year as it was last year, but this was still a surprise. So, the Ferrari fan in me thought, don’t worry, Vettel’s won the last two Australian Grands Prix.

That hope was quickly extinguished at about half past five on Sunday morning as Bottas, and then Hamilton, waved goodbye and drove off into the sunset. Leclerc caught up to Vettel in the latter half of the race but was most likely told to know his place. I hope for better in Bahrain.

Red Bull-Honda (Verstappen third, Gasly 11th)
Red Bull finished eighth and ninth in FP3, raising some concern about whether this would be where they would finish in qualifying.

This uncertainty around the performance of the new Honda engine was soon dispelled in qualifying, with Verstappen managing to split the Ferraris by securing fourth place on the grid. Yes, Gasly got knocked out in Q1, but this was as a result of not anticipating the rapid evolution of the track towards the end of the session.

Speaking of Gasly, he more than made up for his qualifying disappointment in the race, running in sixth at one point. Unfortunately, his pitstop put him behind Kvyat in tenth and out of the points as he was unable to get past the Russian, although he tried!

Verstappen performed extremely well, with a fabulous overtake on Vettel for third heading into turn 3, and taking the fight to Hamilton in the latter stages, eventually finishing third, giving Honda their first podium since their return to Formula One.

Max Verstappen is one to keep an eye on during Formula One last races of 2017. (Photo by Mark Thompson/Getty Images)

Renault (Hulkenberg seventh, Ricciardo DNF)
Five seconds. That’s all it took for Daniel Ricciardo’s race to hit the fan as he was forced on to the grass by Lance Stroll and broke his front wing as he bounced across a service road. After trundling around the streets, just ahead of Robert Kubica (who we will come back to later) for over half the race, the car was retired.

Australia, my heart breaks a little for you. There were so many of you wearing your Renault merch (if you have some old Red Bull merch, do send it my way) and you got behind your man so strongly, so it was a shame for it to end like this, with Ricciardo’s third retirement from the Australian Grand Prix.

Haas (Magnussen sixth, Grosjean DNF)
What is wrong with your wheelgun? It’s now become selective! Kevin Magnussen got through his pitstop well, but Romain Grosjean’s was abysmal. The front left didn’t want to go on, and eventually forced Grosjean’s retirement some laps later. Grosjean thought it was a front suspension failure but it was quite clear that the left front was falling off.

Racing Point (Stroll ninth, Perez 13th)
I’m a cynical man. I have said many times that Lance Stroll is only at Racing Point because his dad owns the team, and money talks. I’m still right but Stroll did so well, overcutting most of the field to get a good points finish, while his teammate languished out of the points, stuck near the back of the midfield battle in 13th.

McLaren (Norris 12th, Sainz DNF)
Lando Norris, give yourself a pat on the back! An unexpected eighth in qualifying, followed by a good performance on Sunday.

Unfortunately, the British rookie got stuck behind Antonio Giovinazzi but made a great overtake on the Italian in the end. Carlos Sainz, like Gasly, was knocked out in Q1 after underestimating the track evolution, but made a great start in the race, making up four places in the first few laps. However, it all went up in flames, quite literally, as his Renault engine remembered that it had a dinner reservation at 5, forcing the car into retirement.

Toro Rosso (Kvyat tenth, Albon 14th)
Another of our rookies this season is Alexander Albon, and he certainly got his elbows out when fighting in the tight midfield. Like many others, Albon got stuck behind the Giovinazzi train and this hurt his race.

Daniil Kvyat made a great return, and showed just why he deserves a place in Formula One with a careful, methodical, strategic race, finishing in the points. He is no longer the torpedo, I’ll tell you that.

Alfa Romeo (Raikkonen eighth, Giovinazzi 15th)
Antonio Giovinazzi was the road block today, staying out far longer than he probably should have, helping Kimi Raikkonen cement his place in the points on his return to the team. Giovinazzi couldn’t keep them behind for too long, as his tyres fell off the cliff, and he finished out of the points.

Williams (Russell 16th, Kubica 17th)
Oh, Williams, Williams, where art thou Williams? Plum last, that’s where. What a horror of a race it was for them. I’m sure any Victorian readers will be able to tell me but watching Robert Kubica was like watching someone take their motor out for a leisurely Sunday evening drive around the streets of Albert Park.

George Russell did not fare better, finishing second to last. This is the F2 champion, for goodness sake! It is so sad to see such an icon of Formula One fall as low as this.