Well, SANZAAR have gone and done it again.

Though the rumours have been doing the rounds for a little while, reports surfaced on both sides of the Tasman yesterday that Sunwolves officials and players were told on Tuesday that their days in Super Rugby are officially numbered.

Initial reports suggested Super Rugby reverting to a 14-team round robin format would happen as soon as next season, but it appears now that SANZAAR, the joint venture of the four national unions, will bizarrely insist on the Sunwolves playing out the 2020 season, the final year of the current TV deal.

And as ridiculous as this very obviously is, it’s still not the strangest element of this whole story.

For once again, it’s South Africa throwing their weight around and pulling the SANZAAR strings for their own benefit.

Jamie Pandaram outlined in his Daily Telegraph article that while “Rugby Australia and New Zealand were keen to persist with the Sunwolves as a long-term strategy for growth in Asia, South Africa was vehemently opposed.”

“It’s understood there were threats of financial penalties from South African rugby officials to Australia and New Zealand if the Sunwolves remained,” Pandaram wrote.

The Australian also reported that the Sunwolves refused to pay a participation fee, the only team in the competition asked for such a contribution.

South Africa had already made the Sunwolves play in Singapore and Hong Kong so as to minimise their travel requirements from the Republic to play the Tokyo-based side, and now it seems they no longer want to travel even half way.

Using that same logic, the Australian sides should insist on playing the Bulls, Lions, Sharks and Stormers in Perth, while the Kiwis can roll out the welcome mats for the South Africans on Norfolk Island.

Equally strange is the Japanese Union believing the Top League will be fine for their ongoing development and readiness for the proposed Nations Championship.

That they are evidently leading the charge to put the Sunwolves on ice should not surprise; they weren’t ever bankrolling the Super Rugby venture in the first place, just as there’s no evident interest in Super Rugby beyond their hosting of the Rugby World Cup later this year.

So, if half the SANZAAR partnership would allow their support of the Sunwolves to be rolled by just a quarter of the same body, what is really at play here?

Why wouldn’t Australia and New Zealand take this moment as the green light to test the waters for a complete revamp of the competition centralised around our own time zones, built around the existing teams either side of the Tasman, a Japanese team or two, and the very welcome addition of a team or teams from the Pacific Islands?

The second question remains unanswered, sadly, and you can’t help but feel a major opportunity to reshape the professional game in and potentially around the Pacific rim has been missed. A genuine chance to call South Africa’s bluff has been let through to the ‘keeper.

Though the SANZAAR partners are at odds over the future of the Sunwolves, they are all very much – Argentina included; they’ve been strangely silent on this Super Rugby issue – in universal agreement about their support of World Rugby’s Nations Championship concept. 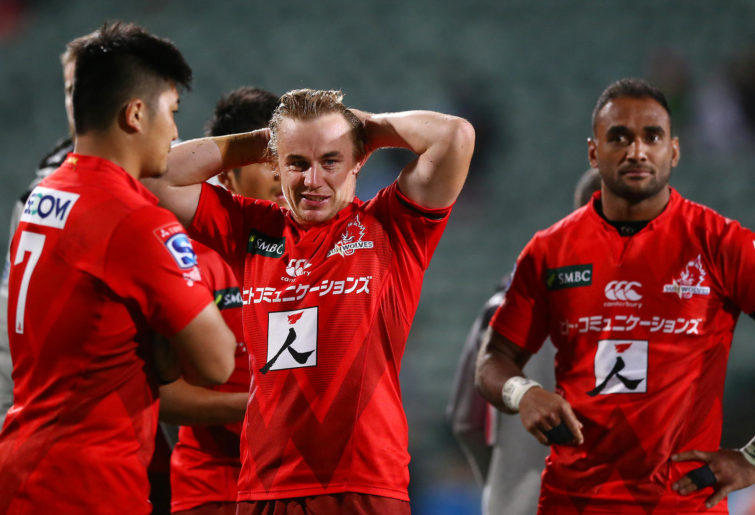 And that perhaps provides a clue as to why this decision has been made.

The Nations Championship needs The Rugby Championship to be united and staunch in its support. The only way World Rugby can have any chance of warding off the very real threat of the Six Nations cashing in on their own lucrative offers is to bring the southern hemisphere competition into the same conversation.

South Africa, Australia, and New Zealand need to keep hold of their best players. Argentina do whatever Agustín Pichot says. Japan now has a proper chance to be recognised as a genuine Tier One nation, while Fiji is just desperate to hold onto the long overdue recognition they’re now receiving.

Effectively, Australia and New Zealand have been convinced by South Africa to play the long game.

This short-term narrow-mindedness in punting the Sunwolves side despite everything they’ve brought to Super Rugby in just three seasons – and the numerous financial opportunities that have evolved for the nine teams either side of the ditch – in favour of the long-term possibilities and major paydays for the national bodies by going all in on the Nations Championship.

Japan won’t need Super Rugby if the plan gets up. Argentina are bang up for another lift in global rugby fortunes. 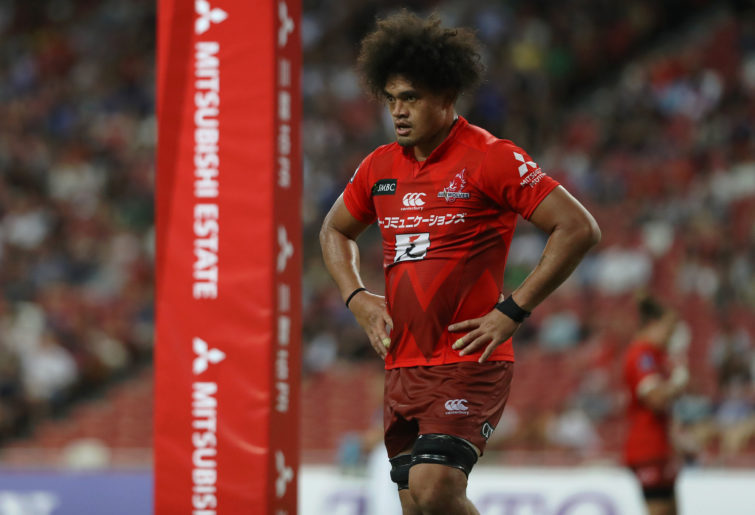 Hendrik Tui of the Sunwolves. (Photo by Lionel Ng/Getty Images)

The craziness of the whole situation is only matched by the likelihood of SANZAAR insisting that the Sunwolves play the 2020 Super Rugby season under the existing terms of the current broadcast deal.

Frankly, I hope the Sunwolves tell either SANZAAR to stick that idea where it fits, or the South African teams that they will only play in Tokyo next year.

This whole thing is a mess. And it brings into question the real equity – never mind the point – of the SANZAAR partnership.

But at least the South Africans won’t have to fly to Tokyo once every two seasons.

Oh, and SANZAAR’s response to the reports?

“SANZAAR will issue an official statement on the future of the Super Rugby tournament on Friday 22 March at 14:00 Sydney local time.

“SANZAAR and its stakeholders will not be making any comment on Super Rugby until the statement has been released.”