Tough questions are lacking in the racing industry

When a Godolphin-owned horse wins the Golden Slipper on Saturday – and that is looking like a distinct probability – will anyone dare to ask trainer James Cummings about his views on women’s rights?

If Damien Oliver rides Lankan Star to victory, will anyone ask him if he’s had a bet on a horse race since his convenient ten-month suspension in 2012?

When Brad Rawiller returns to scale after his comeback from a neck injury, will anyone ask him about his time riding for Darren Weir and if he knows anything about the use of jiggers?

The answer to all of those questions is no, of course not.

You see, for all the great things about horse racing, the one thing that is lacking most is accountability.

For more than a century it has been a boys’ club – a place where mates look after their mates.

It is a place where if you are caught you simply do your time before being welcomed back with open arms. It is often mafia-like.

But at least the Oliver story and Weir scandal made the news. 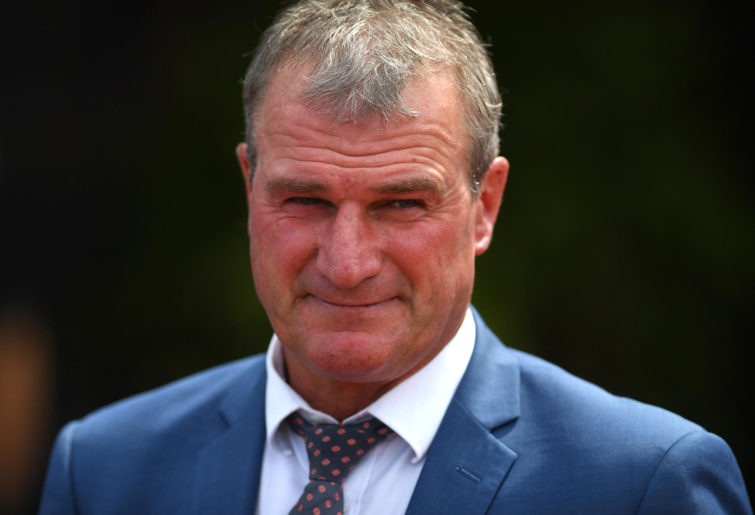 Will Darren Weir be able to return to racing after his suspension? (AAP Image/Julian Smith)

I have yet to see one story reported, one question asked, about the owner of the Godolphin racing empire, Sheikh Mohammed bin Rashid Al Maktoum.

Twelve months ago, it was first reported in Britain that Princess Latifa, the daughter of Sheikh Mohammed, was trying to seek political asylum in the United States because she didn’t have the freedom to live her own life in Dubai.

Sheikh Mohammed is not only the head of the Godolphin empire. He is also the Prime Minister of the United Arab Emirates and Ruler of the Emirate of Dubai.

Among her many claims, Princess Latifa said she was drugged in a hospital by doctors to stop her rebelling and causing trouble.

A video was posted online, where she said she had not been able to leave the country since 2000, was not allowed to drive and had her movements monitored round the clock.

Princess Latifa – one of Sheikh’s estimated 30 children from six different wives – was featured in a BBC documentary Escape from Dubai that detailed her escape.

Six months after the story broke, a bizarre thing happened.

In December, the princess was pictured back in Dubai alongside former Irish president Mary Robinson, an ally of the UAE.

It was clearly arranged by the Dubai palace and there was no footage of the princess speaking.

Robinson later told the BBC that the princess regretted the video she had made.

“She is a very likeable young woman, but clearly troubled, clearly needs the medical care that she is receiving,” Robinson said.

“She’s receiving psychiatric care and they don’t want her to endure any more publicity – that was the dilemma.”

Human rights campaigners were quick to criticise Robinson, saying she failed to answer critical questions lingering over the princess’ nine-month disappearance and meanwhile gave credence to a whitewashed version of events.

“What we heard today was Mary Robinson essentially reciting for BBC Radio listeners the content of the statement issued by the Dubai Ruler’s Court,” said Radha Stirling, the CEO of human rights group Detained in Dubai.

“She stated that Latifa is currently under ‘psychiatric care’. Latifa has previously described this ‘care’ to include forced medication that caused her sister Shamsa to be sedated to the point that her personality was crushed after she was abducted from the UK and forcibly brought back to Dubai.”

While many would argue that the supposed actions of Sheikh Mohammed have absolutely nothing to do with the Australian racing industry, they would be wrong.

James Cummings, the grandson of the great Bart Cummings, surely must be asked the question. 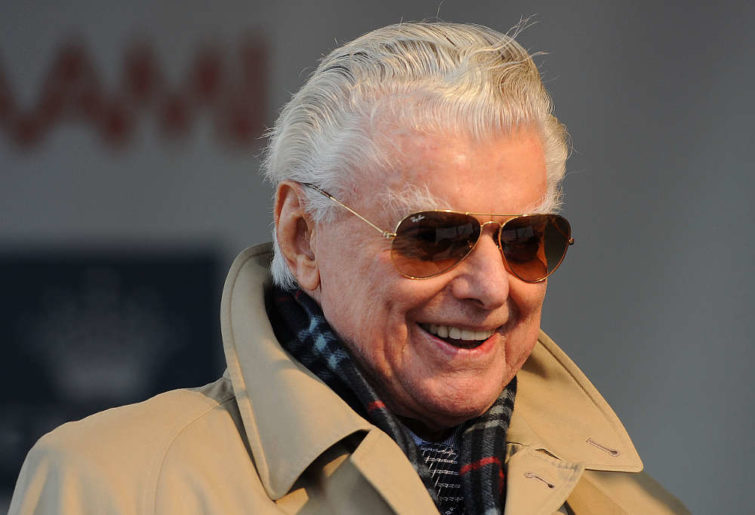 And what about the racing industry? How does it feel to turn a blind eye to one of its biggest participants showing a disregard to basic human rights?

I doubt we’ll ever hear those answers.

To date, no one with a platform on race day seems interested in asking the question.

Even when the Godolphin-owned Cross Counter won last year’s Melbourne Cup in front of the world’s media, the issue was never raised.

Yet many lined up the praise the Sheikh and his contribution to horse racing around the globe.

There aren’t many “good things” in racing, but you can always bet your house on the racing media avoiding the hard questions.

It will be a similar story in four years’ time.

To use a popular internet expression, “bookmark this” – Darren Weir will return to the training ranks and all will be forgiven.

He’ll do a magazine-type piece with a newspaper, get the cameras out to his property and begin his redemption story.

When he trains his first winner on the “comeback trail” there will be backslapping and high fives and the first question will be “How does that feel?” or something similar.

The two questions that should be asked are:

* You trained a record amount of winners in multiple seasons. How many of those horses were subjected to a jigger?

* Can you still be as successful without the use of illegal jiggers?

There are still questions that need to be asked today.

Remember, Weir was found in possession of three jiggers, which would suggest that the devices were used by multiple people. If it was only Weir that used the jiggers, he wouldn’t need more than one.

Why haven’t the stewards hauled in every staff member of the Weir operation and questioned them about the use of jiggers across his properties? Someone surely knows something.

The silence from officials has been deafening, but the lack of probing from the racing media is just as concerning.