Won't somebody please think of the children?

The state in which cricket is being played in Australia after the controversial and eventful day in a Test match in South Africa has left our game in absolute tatters.

Not only has it spoilt the game for the older generation with many Test icons unable to play the game resulting in humiliating losses, but it has affected the younger generation, the ones who will keep the game alive in the years to come.

In Australia, it is part of our culture to play cricket at a junior level just for the enjoyment of the game as well as being able to spend time with your mates.

This is lots of fun and is why I am still in love with the game. However, the recent ball-tampering scandal has put this extremely Australian culture at risk through the actions of our national players.

The severity and concern can be seen right through cricket’s governing body. There has even been a public apology written directly by James Sutherland, the former CEO of Cricket Australia.

The apology wrote: “I want to apologise to all Australians that these events have taken place, particularly to all the kids who love cricket and idolise the players”.

This clearly shows how concerned the governing body is with this despicable incident.

In essence, the main impact of this incident on kids playing the game is that they can no longer look up to the players that they had once idolised not so long ago, myself included.

This has a serious knock-on effect for the kids.

With some of the best players of cricket around the world – let alone Australia – not playing, the public but especially the kids no longer have these great players to look up to and even one day try and better.

It means for the kids playing the game, they no longer have those awe-inspiring heroes. Players that are on the verge of being unbeatable and inhuman.

It is this that has driven previous generations of inspiring cricket players. Kids looking up at the greats such as Shane Warne, Glenn McGrath and Ricky Ponting.

This up-and-coming generation of players now lacks this, and even when the banned players do return, the whole of the public will know very well about their past and how they are cheaters and not the role models that we once thought they were.

The impacts don’t only affect us on a national scale as well.

Internationally, our reputation has been seriously tarnished, especially in the wider cricket community.

Prior to the ball-tampering scandal, Australia has always been known for their hard but always fair playing style. This applies to all the sports that we compete in worldwide.

It wasn’t just the cricketing community that heard about this incident. Anybody that turned on the news around the world in cricketing nations would see that Australia were cheats.

This reputation has now all but been erased because of this one incident involving three of some of our best cricket players.

People of all nations, especially our main cricket rivals like England and India, are calling us ‘dirty cheats’ and other colourful words because of this appalling scandal.

I was almost embarrassed to be Australian. We no longer have the respect of these nations and it will have to be earned back over time as a result of this moment of madness.

Although the players may not have realised the extent of the consequences of their actions, it will be down to the next generation of players to help resolve this very serious issue to do with the sporting culture in Australian cricket.

It is the belief that we almost have the right to cheat to get our way and win the match, which isn’t in the spirit of the game that we all love and enjoy that we must get rid of from our game.

Fortunately, from this incident, there have been some positives coming from it.

Although the Australian public has lost faith in the players involved in the scandal there have been others that have risen and proven themselves in the games since.

The best example of a player that has stood up under the weight of the public is the new captain and wicketkeeper, Tim Paine.

Although Paine hasn’t been in the Australian team for as long as the outgoing Smith and Warner, the outgoing captain and vice-captain, the level of leadership has been truly outstanding.

During these tough times in the Australian cricket team, he has stood up under the adversity.

He not only has guided the team to victory in some instances under his leadership, but he has also stood up as a role model that all people in the public should strive to be.

He has done his best to eliminate all brash and ugly elements of the Australians’ game and has created an environment that is still incredibly competitive, with the team always looking for the win, but we have cut out the antics.

This included the sudden realisation that bullying and verbal intimidation was no longer tolerated in the team under Paine’s leadership. 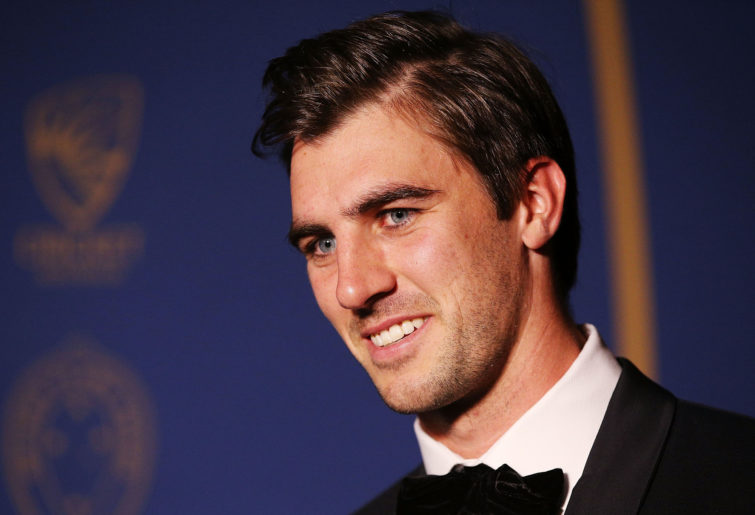 It hasn’t only been up to Paine to lead from the front, though. Without a shadow of a doubt, Pat Cummins has been Australia’s star player in times since the ball-tampering incident.

He has been by far and away the best player in the team since, taking hordes of wickets as well as not being too shabby with the bat.

It is this type of player within the team, leading from the front, that makes the public proud to be Australian. Cummins is someone that goes above and beyond what is expected of them.

Although this ball-tampering incident has been a complete shambles for cricket in Australia, with some of the best players from the team banned for 12 months, there have been some good stories come from it in the form of our new leaders, Tim Paine and Pat Cummins.

They have dragged Australian cricket from its darkest place, into a thriving team competing against the best.

They have become the people that we idolise and strive to be. We couldn’t find two better role models to look towards if we tried.

With their help as well as input from the next generation, Australian cricket will be in a better state than it has ever been.