Is tanking the right path for the Knicks?

This season, the New York Knicks have finally thrown pride out the window and committed to the tank in the 2018-2019 campaign.

It seems the Knicks have found their niche, as they are great at tanking and it will provide an opportunity to develop our abundance of young players.

Add developing young players and a colossal US$75 million in cap space, the Knicks certainly have a bright future.

First up, the new young additions to the team. The Knicks are the third-youngest team in the NBA at an average age of 24.6 and were the youngest team before the blockbuster trade.

This is a positive sign for a tanking team.

Kevin Knox, Mitchell Robinson and Allonzo Trier were the product of the last off-season and it seems the Knicks may have ‘won’ the draft overall, excluding pre-made superstars Luka Doncic and Trae Young, with their picks mostly resembling lottery picks.

Kevin Knox – the ninth pick in the 2018 NBA Draft – has been exactly what you expect a lottery pick to be: a solid player with flashes of greatness but an inconsistent scorer and lacking confidence on the ball.

The 206-centimetre forward was named Rookie of the Month in December, following an impressive bout of scoring throughout the month.

He has also said he wants to be more aggressive when driving and in his overall playing style.

Mitchell Robinson was the Knicks steal of the draft and is the main reason to watch the Knicks this season.

The fans love him and he is looking like a top ten pick, not the 36th pick in the second round.

He is arguably a top-three centre in the draft, averaging a staggering 2.3 blocks per game on just 18 minutes.

To put his defensive ability into context, reigning defensive player of the year Rudy Gobert averages 2.2 BPG in 31 minutes.

His prowess on defence stretches all the way out the perimetre, where he is first in three-point attempts blocked, and amongst the league leaders in jump shots blocked.

He combines this with amazing athleticism to make himself a dangerous lob finisher and a put-back king.

His fatal flaws are his tendency to foul, which he appears to have started to overcome recently, and his free-throw shooting, another Shaq-esque attribute.

The third rookie the Knicks picked up, Allonzo Trier, wasn’t a product of the 2018 draft.

A top high school prospect seemingly washed up by an unfortunate couple of performance-enhancing drug mishaps was given a chance.

The Knicks scouted him and gave the 23-year-old a ten-day contract, and he immediately delivered.

Being an isolation player, Trier has great ball-handling skills with decent shooting and athleticism. His defence isn’t anything to write home about, however that is expected with an undersized guard.

What makes or breaks Trier is his consistency. When he plays well, Trier is a valuable offensive tool. When he doesn’t, he hinders the team with reduced ball movement and an inefficient offence.

This year has brought the biggest trade the Knicks have seen in a few years in the form of the Dallas-Knicks trade, one in which it is still impossible to definitively name a ‘winner’.

The trade is complex and speculative, but it is important to understand All-Star power-forward Kristaps Porzingis wanted out of the Knicks for a reason the public doesn’t definitively know. 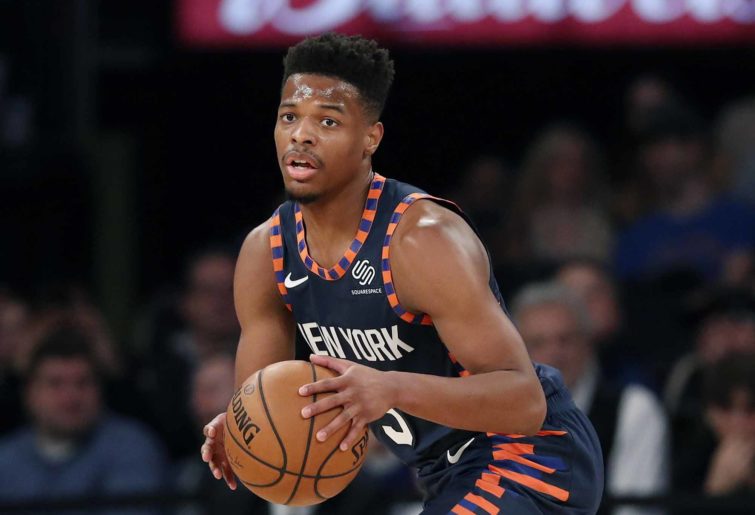 Dennis Smith Jr is a big pick-up for the Knicks. (AP Photo/Kathy Willens)

Porzingis was a young star with amazing talent on offence with a great post game, inside game and the ability to stretch the floor, as well as competing with the top inside defenders in the league.

His 221-centimetre stature is his blessing and a curse it seems, as Porzingis has never played a full season and is quite injury prone for such a young player.

He somehow still struggles to get rebounds and seemed to hit a wall in December, but proves a menace in the paint due to his length. However, above all else, he was the lone star in the Knicks long, dark period.

There is no denying Tim Hardaway Jr was on a ridiculous US$71 million contract, but he did provide 20 points per game on inconsistent shooting in Porzingis’ absence. His leave may prove a blessing due to his contract and on-and-off shooting performances.

Smith Jr took over the starting point guard position and has been exciting to watch as a result of his crazy athleticism and playmaking ability, which bring a new energy to Madison Square Garden.

His flaw is his jump shot, but he is still a perimetre threat.

Jordan is a highly efficient and consistent scorer and rebounder, leading the league in shot percentage and second in rebounds per game.

Jordan’s flaw is his average defence and he isn’t getting any younger. His true value will be mentoring Robinson, trying to extract his full potential as they both have similar playing styles.

An added positive is both players are willing and exited to play for the Knicks.

DSJ is ready to prove himself to New York and Jordan has said he is more than happy to be in the city.

As for the future, the Knicks must utilise their cap space in the summer to bring superstars to New York.

The current favourites are Kevin Durant and Kyrie Irving, but nothing is certain. 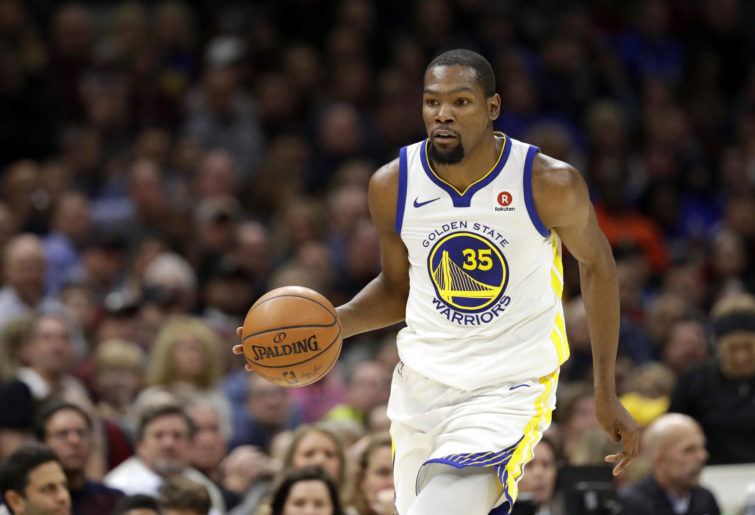 Durant appears to be the most likely candidate, due to several comments made and some shaky evidence such as moving his business to New York.

Kyrie doesn’t seem to be content at the Celtics after their season, but he has repeatedly stated he doesn’t have any idea of what will happen in the future regarding free agency.

At the moment the only fact in a sea of speculation is the Knicks have two max contracts to offer to a large pool of talented free agents in the summer.

Who knows, with the right combination of veteran talent and a young supporting cast, the Knicks might find themselves in contention in a couple of years.