Spence Jr must conquer Crawford for No.1 claim

IBF Welterweight champion Errol Spence Jr – who just last weekend easily defended his title by defeating Mikey Garcia – now wants the status of being the “pound for pound No.1 boxer in the world”.

The undefeated champion, whose record sits at 25-0 with 21 wins by knock-out, certainly has an excellent claim to this status.

He is ranked fifith on the pound-for-pound list on boxrec.com and second in the welterweight division.

Crawford is ranked second in the pound-for-pound status and No.1 in the welterweight division on boxrec.com.

He is a three-division and multi-time champion along with being the first man since Kostya Tszyu and only the third in history to unify the super-lightweight 140-pound division. 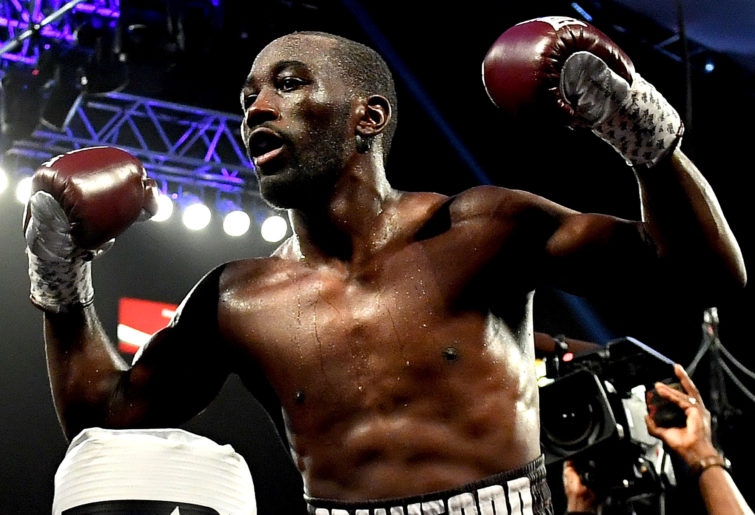 Terence Crawford is the best pound-for-pound fighter in the world. (Photo by Bradley Kanaris/Getty Images)

Last June, Crawford stepped up from the 140-pound division and into the 147-pound welterweight division, challenged our own Jeff Horn for his WBO title and easily defeated the Aussie over a nine-round, one-sided fight. Crawford has defended his title twice since.

Along with Saul ‘Canelo’ Alvarez, who is currently ranked No.1, Crawford is the best pound-for-pound fighter in the world depending what day it is.

Noting that Alvarez is not going to fight either Crawford or Spence any time soon due to the difference in weight, a Spence Jr vs Crawford fight would be the perfect battle for the pair this year.

Although after Spence’s victory, 12-time eight-division champ Manny Pacquiao stepped into the ring to discuss a potential bout with Spence.

Pacquiao is the current WBA regular welterweight champion and Spence Jr in his post-fight interview said that it would be a honour to face the future hall-of-famer.

But Crawford is definitely the bigger fish to fry.

Crawford himself has a date with Amir Khan to defend his WBO title on April 20 in New York, so Spence will have to wait until that bout is over to pursue a fight with Crawford.

It’s of little doubt that Spence Jr needs to pursue a bout with Crawford rather than Pacquaio.

Pacquaio is 40 now and while he is still quite competitive in the ring, he is certainly not at his best. He proved this against Jeff Horn in 2017, a bout he should have easily won according to the experts.

Both Crawford and Spence Jr are undefeated world champions, with each holding a major title.

And although the WBC and WBA (Super) belts are still available, neither champ would gain any credibility if they were to fight these champions.

WBC champ Shawn Porter (30-2-1) has just come off his own title defence, a split decision win over Yordenis Ugas, who had never taken part in a world title fight before and WBA (Super) champ Keith Thurman shook off two years of ring rust to barely defeat Joesito Lopez in January.

Both Porter and Thurman fought back in 2016, with Thurman the victor. It looks as they may have their own unification bout as Porter wants to gain revenge for the last fight.

If Spence Jr wants the status of pound-for-pound champion, then a fight with Crawford is the way to go.