2019 Football Writers Festival: An inspiring weekend with Jens and Foz

As something of a spiritual home to the game and the place where Johnny Warren spent the final years of his life, Jamberoo means a great deal to Australian football fans.

The Commercial Hotel, or Jamberoo Pub as it has now become known, played host to a gathering of domestic and international football writers, thinkers and lovers. Owned and run by Warren’s nephew Jamie and his wife Cheryl, the location provided an apt and almost spiritual venue to reflect on the journey that the game has traversed since colonisation.

As a joint project between the Johnny Warren Football Foundation and Fairplay Publishing, along with the corporate support of Hyundai and Football Victoria, the conference brought together some of the most influential people in contemporary football media, with appropriate respect and honour paid to the legends of the game during a special ‘happy hour’ session on Saturday night.

The Roar was well represented during the conference and it was a pleasure to meet Josh Thomas, a former contributor and blogger who is now working for football website GOAL. In fact in the opening panel discussion of the weekend yours truly was given the honour of presenting the pros and cons of freelance football writing.

Alongside Michael Lynch, Pablo Bateson, Emma Kemp and Tom Smithies, it was an engaging discussion between those employed full-time by the major media outlets and others more free and fluid with their writing as well as the challenges presented in the digital age for both.

East German-born investigative journalist Jens Weinreich stole the show on Saturday afternoon with both hilarious and harrowing tales of a life led both behind and beyond the iron curtain. Weinreich has become a key figure in the effort to hold FIFA to account, a somewhat dangerous task that has seen the 54-year-old take much personal risk in his efforts to expose criminality within the politics of sport.

Fox Sports football commentator Simon Hill moderated the discussion with Weinreich and he and I finally had the chance to duke it out after something of a disagreement over a piece I wrote nearly two years ago.

In all seriousness, Hill is as classy and poised in person as his television tones suggest and he approached me with the olive branch, well aware that our little moment had been nothing more than a misunderstanding thanks to a rather misleading headline.

Hill wasn’t the only heavy hitter in attendance. Murray Shaw, executive producer of football at Fox Sports, SBS’s Adrian Arciuli, and Stephanie Brantz all added some glitz and glamour to proceedings.

Women’s football was a key component of the conference, with the world becoming increasingly aware of its important role in the future of the game. Former Matilda Heather Garriock and collegiate/professional player-cum-filmmaker Gwendolyn Oxenham featured in a panel discussion on the advancement of the women’s game across the globe.

Listening to former Socceroos Ron Lord and Kimon Taliadores during the legends hour was enthralling, as was meeting and chatting with a host of published football writers such as Trevor Thompson, Matthew Hall and Ian Syson.

Potentially the most anticipated arrival was that of SBS’s Craig Foster. Still as lean as ever, the ex-Socceroo become the face of the #SaveHakeem campaign, and his panel discussion with Matthew Hall, Weinreich and Jamie Fuller around activism in football was gripping.

All four have seen the ugliness behind and the criminality within the red tape of diplomacy. In Foster’s case there was success when an innocent young footballer was returned home to his family, yet the tales told by others were often disheartening and reflective of what at times seems a very dark, cold and over-politicised sporting environment.

Foster spoke superbly around just how unlikely it was that the structures within Australian football and politics would save Hakeem. It wasn’t football itself that prevailed, it was “the people in football” that eventually saw justice done.

For Foster, that points to structural flaws within the institutions themselves. Whether it be the Asian Football Confederation, the FFA or FIFA itself, governance decisions and actions often appear at loggerheads with what is quite obviously the ‘right’ thing to do. 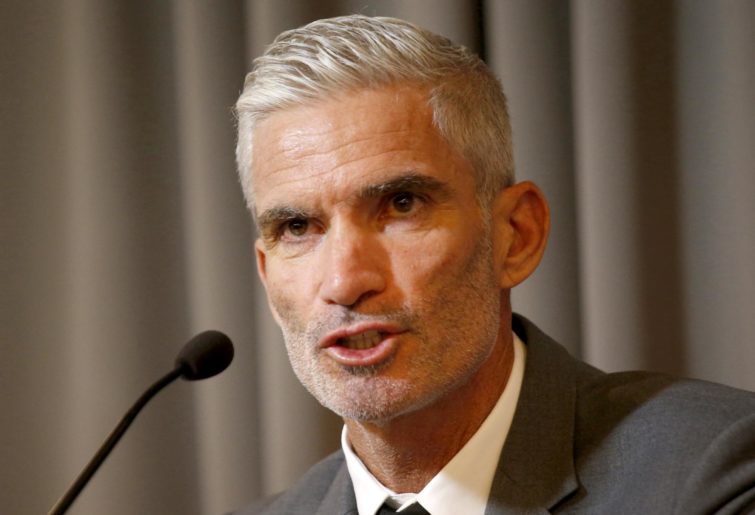 Qatar’s bid and eventual hosting of the 2022 World Cup drew much discussion, with questionable employment policies and the advancement of women seen as key sticking points for many for whom the appropriateness of the choice does not sit well.

The discussion was often robust, thought-provoking and always inspiring. The entire event will be transformed into a podcast, which is a brilliant outcome for those unable to attend.

Thankfully plans are afoot for the second conference to be held in Victoria next year. It places football at the cutting edge of innovation, engagement and collaboration when it comes to valuing its writers and media.

Listening to a host of speakers while a print of captain Socceroo hung in the background, his famous line, “I told you so” emblazoned across the image, had something just quite right about it.