How to construct Australia's football pyramid

A draft white paper that details 24 recommendations for the establishment of a national football second division is circulating around stakeholders.

While the paper is not publicly available, reported suggestions include promotion and relegation between the second division and lower tiers in five to ten years time, as well as 25 per cent of smaller regions to be quarantined from relegation.

Two common complaints regarding the A-League are the limited consequences for those teams that perform poorly and the staleness of a competition that has the same teams competing against each other each year.

Indeed, with all federations except Northern NSW Football and Football Federation Northern Territory incorporating promotion and relegation in their premier leagues, this would leave the A-League as the glaring omission from the football pyramid.

While ‘regional’ hasn’t been spelled out, it presumably means ensuring that each state has representation at a minimum. Broader geographic representation will potentially engage a larger section of the Australian football public.

However, when considered together, the recommendations appear initially contradictory.

Promotion and relegation, after all, use sporting merit as the sole basis for determining future participation.

How can you quarantine some clubs from the harsh realities of promotion and relegation without undermining the legitimacy of the league.

One possible way forward is to use the existing federated structure of football in Australia in a similar way to that of Brazil.

In this system, the lowest national league (Série D in Brazil, second division in Australia) uses federation rankings to allocate a number of places in the league to each federation.

Rankings are based on federation performance in past years. In Australia this could include results from national leagues, the FFA Cup and the National Premier League finals. As rankings change so do the quota of allocations to each member federation. 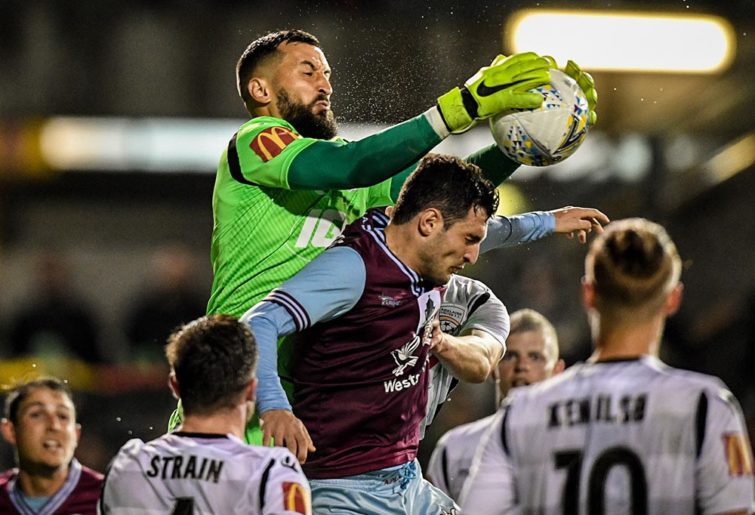 Federations are then free to establish their own systems to identify which clubs participate at the national level.

Possible federation allocation methods might include some type of ranking system, the most obvious being league results from the previous year but they could also use a tender process or even maintenance of the status quo.

How then do we incorporate promotion and relegation into this quota structure?

This can happen in two ways.

Firstly, one federation allocation method can be promotion and relegation within their member clubs.

For example, if NSW has three teams in the second division, they could relegate the bottom-placed team (even if that team finished third) and promote a different federation member club.

Secondly, the league can institute what could be called ‘quota relegation’. From year to year, quotas will differ from the actual number of teams in the division.

This may be because of promotion and relegation between the first and second divisions, or that some federations do not have enough qualifying club nominations (think Northern Territory), or that federation rankings change.

The quota represented by the club finishing last in the league is reallocated to the highest ranked federation which is currently the most under-quota. An example may clarify the issue.

Let’s say NSW had four teams in the division, but their quota was only three. Meanwhile, Northern NSW has a quota of two teams but has only one team competing in the division.

The quota represented by the relegated team in this example will be allocated to NNSW. They are the highest ranked federation with one under quota.

It may be the case that NNSW was also the relegated federation, in which case the federation composition of clubs would remain unchanged. If more teams were relegated then we could repeat this process as more teams are added to the league.

Could this structure work? Is it too convoluted? Does it give clubs enough certainty to want to nominate? How do you think the member federations would choose or rank nominating clubs?